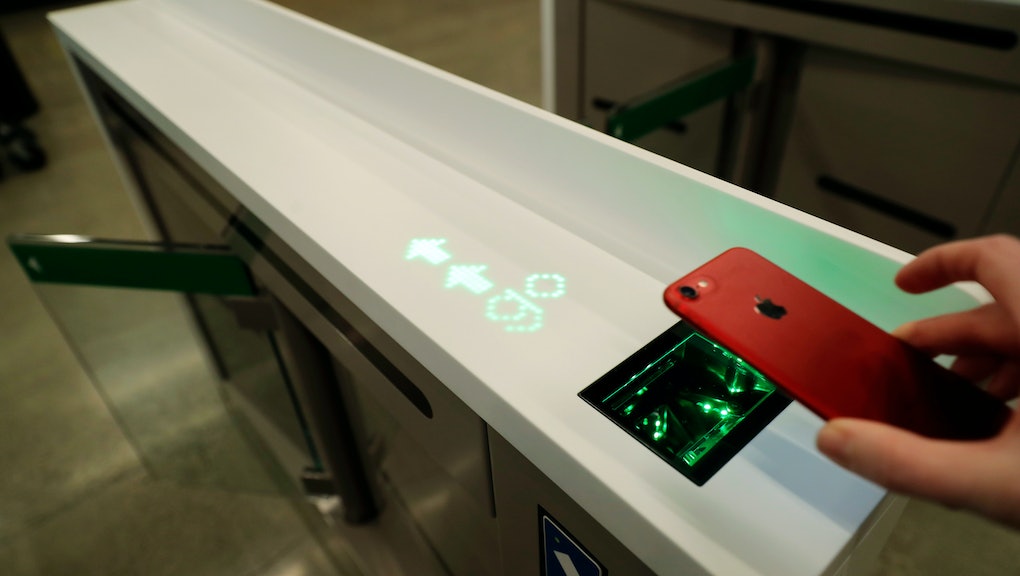 Amazon is selling its cashier-less tech to other companies

In the future, Amazon's cashier-less technology may be the go-to way to shop. Barely two weeks after launching its first supermarket using the "Just Walk Out" system, the company is looking to branch out even further by selling its cashier-less tech to other retailers.

On Monday, Dilip Kumar, Amazon's vice president of physical retail and technology, told Reuters that Amazon had signed "several" deals with customers eager to use its system. Kumar did not offer up any details on who bought the tech, or its price tag.

Amazon's Just Walk Out system launched in 2018 with its Go stores. The system was intended to be cashless. You entered the store by scanning an app on your smartphone and then cameras tracked you — and whatever you put into your bag — as you shopped. As the name suggests, there was no need to interact with a human cashier at the end. Just walk out.

The system has been revised since it launched. Namely, Amazon figured out how to incorporate cash into its Go stores and new 10,400 square-foot supermarket after cities like Philadelphia and San Francisco banned cashless stores because of their discriminatory nature. The solution is less than ideal. According to Vox's Recode, people need to ask a store employee to swipe them in. Then, they pay an associate in cash on the way out. Still, Kumar says shoppers will ultimately decide how popular the tech becomes.

“Do customers like standing in lines?” Kumar asked Reuters during the interview. “This has pretty broad applicability across store sizes, across industries, because it fundamentally tackles a problem of how do you get convenience in physical locations, especially when people are hard-pressed for time."

In contrast to Amazon's standard Just Walk Out model, the tech that the company sells to others ditches the need for an app. Customers insert a credit card into a turnstile instead. There's no details on if the retailers buying Amazon's tech plan to implement cash options.

There are a few other concerns with Amazon's decision to sell this technology. First, it sounds like a major headache for shoppers of color. Amazon's tech relies on cameras using artificial intelligence to essentially follow you around the store. These cameras track what you pick up and charge you when you leave. However, artificial intelligence regularly has issues when it comes to seeing people of color, especially if they're dark-skinned. Remember when Google Photos labeled Black people as gorillas?

You might say, "but of course Amazon would work out those kinks before selling the technology!" But Amazon's own history suggests otherwise. In July 2018, the ACLU found that Amazon's facial recognition program, Rekognition, mismatched 28 members of Congress to mugshots, including six members of the Congressional Black Caucus. That didn't stop the company from defending Rekognition, which had already been sold to and is still used by police. The company is still involved in the development of surveillance technology, putting communities of color at increased risk.

Another worry is what, exactly, Amazon will do with the data it collects through the technology. Kumar told Reuters that Amazon "prohibit[s] the use of Just Walk Out technology data for anything other than supporting Just Walk Out retailers.” But what constitutes "support," and who owns the data all remain unclear.

Lastly, there's the labor aspect. With cashier-less technology, there is little need for the millions of cashier positions across the United States today. Amazon does mention on its FAQ page that companies who use the technology will still need workers to stock shelves or greet shoppers, but it's hard to imagine a lot of people aren't going to lose their jobs anyway.

Amazon isn't the only company coming up with cashier-less technology. There's surfaces like AiFi and Grabango. But aside from the potential labor and social issues involved, Amazon's sheer size presents different implications from others pursuing similar technology. In 2018, Amazon became the third most valued company in the world. As Amazon's technology starts to spread, it will be interesting to see what that means for the company's control and influence.

More like this
Amazon stomped out a unionization effort with allegedly "blatantly illegal" tactics
By AJ Dellinger
Amazon fired employees in retaliation for climate activism, the U.S. labor board says
By AJ Dellinger
Elon Musk's Neuralink made a device that lets a monkey play Pong with his thoughts
By AJ Dellinger
Stay up to date