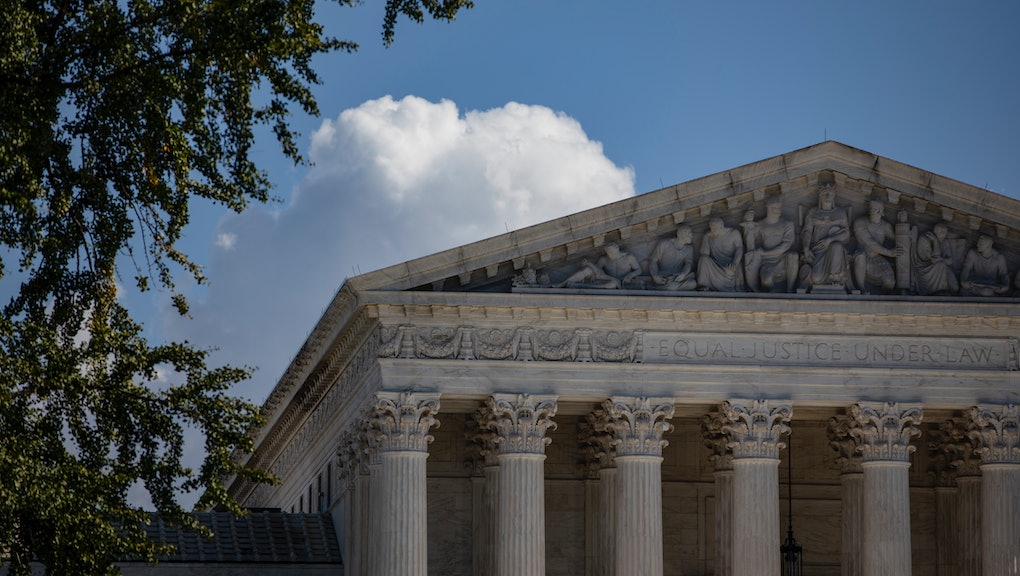 Following Justice Ruth Bader Ginsburg's passing, Republicans began rushing to appoint a new Supreme Court justice before the presidential election. On Thursday, the Senate Judiciary Committee voted to advance the nomination of Amy Coney Barrett. With the Senate confirmation vote for Barrett looming Monday, Democrats are continuing to voice their dissent, going so far as to boycott Thursday's vote.

If Barrett joins the Supreme Court, she would be the third justice appointed by President Trump, shifting the bench from a 5-4 to a 6-3 conservative majority. In addition, at 48 years old, she is the youngest person to ever be nominated to serve on the Supreme Court. Given that justices serve lifetime appointments, Barrett would likely be making judicial opinions at the highest level for decades to come.

Throughout the month, Democrats have pushed back on the rushed process to appoint Barrett. On Thursday, Democrats boycotted the Senate Judiciary Committee's vote to advance Barrett's nomination, filling their empty seats with the posters of people who rely on Obamacare. The fate of the Affordable Care Act is just one of the issues set to go before the court.

On Twitter, Senate Minority Leader Chuck Schumer (D-N.Y.) wrote, "To call this process illegitimate is being too kind." He went on to add that Sen. Lindsey Graham (R-S.C.), the chairman of the Senate Judiciary Committee, broke the panel's own rules, which state that at least two members of the minority need to be present. Graham rushed the vote to "move forward with a vote on Judge Barrett to rip away health care from millions," Schumer wrote.

At a press conference after the vote, Schumer said, "The nomination of Amy Coney Barrett is the most illegitimate process I have ever witnessed in the Senate. And her potential confirmation will have dire, dire consequences for the Senate, for the Supreme Court, and our entire country for generations to come."

While Democrats are making some noise, it's a virtual certainty that Barrett will end up on the Supreme Court. After all, Republicans hold the majority in the Senate, and some point out that Democrats' pushback has not been urgent enough to pose a real challenge. On Monday, Barrett is expected to be confirmed when Senate Majority Leader Mitch McConnell (R-Ky.) holds a final floor vote on her nomination.

As the highest court in the land, of course the Supreme Court is due its fair share of attention. But, the ongoing ordeal highlights one very important thing about Trump's presidency: He's made huge changes to the federal judiciary overall. In July, the Pew Research Center reported that Trump has appointed almost a quarter of all active federal judges in the United States. At the time, he had also appointed more federal appeals court judges to date than any other recent president at the same point in their term.

The Supreme Court matters, but so do all the other courts beneath it. Being able to appoint Barrett to the Supreme Court before the presidential election is just the cherry on top of Trump's already well-stacked cake.

More like this
FEMA said it would reimburse cities for housing homeless people. Most cities ignored the offer
By AJ Dellinger
The CDC's eviction freeze has been unfrozen by a federal judge
By Rafi Schwartz
Universal basic income: Why doesn't the United States have it yet?
By Rafi Schwartz
Stay up to date