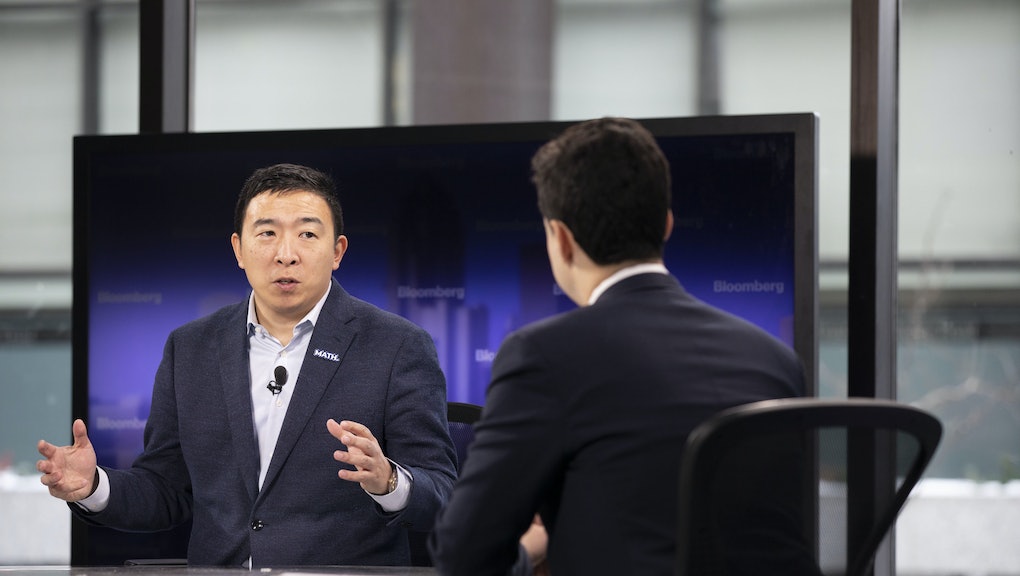 Andrew Yang has been many things: a mopey goth, a corporate attorney, a tech entrepreneur, and most recently, a failed presidential candidate. But soon Yang will get to add another line to his already scattershot résumé: cable news talking head.

On Wednesday, CNN announced it had hired Yang as a "political commentator" ahead of that evening's Democratic presidential primary debate in Nevada. Never mind the fact that before he launched his White House run in late 2017, Yang had never been in politics.

"I’m excited to join CNN to help shed light on the election and the candidates’ experiences," Yang tweeted, following the network's announcement. "Learned a lot these past months and am glad to contribute to the public discussion." Yang also hinted he might even dress up for the occasion.

As a candidate, Yang ran on instituting a universal basic income, and establishing a federal Department of Technology that would be tasked in part with monitoring the rise of artificial intelligence. He quickly became one of the most terminally online candidates, attracting a sizable share of devoted posters who dubbed themselves the Yang Gang — including a number of rabidly racist followers he emphatically rejected in an exclusive interview with Mic. He additionally drew some high-profile celebrity endorsements, including from comedian Dave Chappelle and rapper-actor Donald Glover.

He also did, uh, this, to the obvious chagrin of his nearby staffer:

Yang ended his improbable presidential run earlier this month, after a disappointing finish in the New Hampshire primary. In announcing his campaign's end, he told supporters that "I am the math guy, and it is clear tonight from the numbers that we are not going to win this race."

Now, it seems the "math guy" is going to be the "TV guy." It remains to be seen whether he'll spray whipped cream into Wolf Blitzer's mouth.