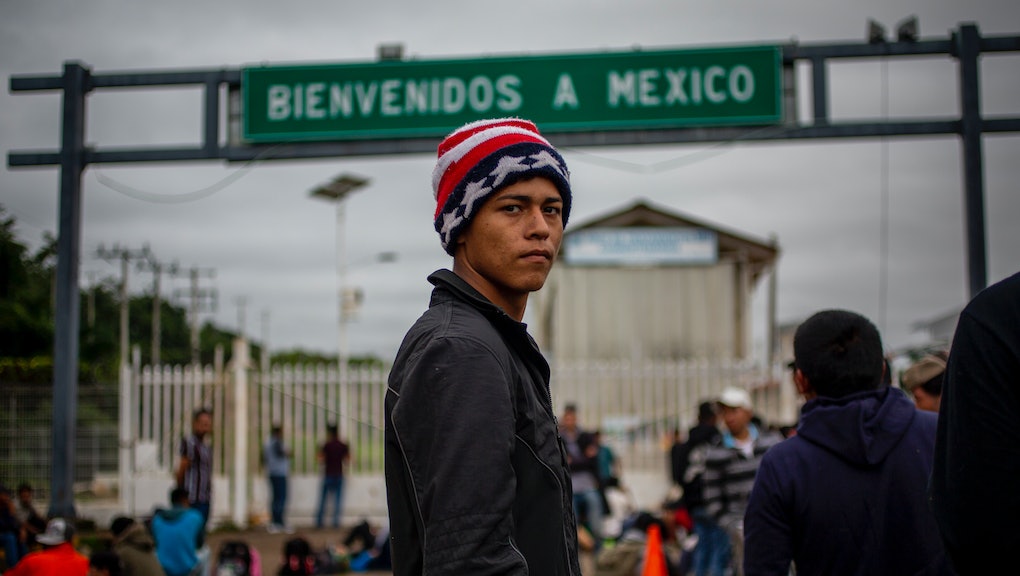 One of President Trump's tentpole immigration policies was dealt a serious blow Friday, as a panel of three federal judges ruled against a key aspect of administration's Migrant Protection Protocols commonly known as the "remain in Mexico" program.

The ruling for Innovation Law Lab v. Wolf, handed down by the Ninth Circuit U.S. Court of Appeals in San Francisco, means that migrants claiming asylum in the United States will no longer be forced to wait for their court hearings in Mexico, as was mandated by the policy instituted by the Trump administration in early 2019. Since then, nearly 60,000 asylum seekers — many of them children — have been stuck waiting in makeshift encampments, and dangerous border towns, where they have lived under threat of assault, kidnapping, rape, and torture.

"The court forcefully rejected the Trump administration’s assertion that it could strand asylum seekers in Mexico and subject them to grave danger," attorney Judy Rabinovitz said in a press release from the American Civil Liberties Union, which helped argue the case. "It"s time for the administration to follow the law and stop putting asylum seekers in harm's way."

The Ninth Circuit's ruling seemingly agreed, with Judge W. Fletcher writing in the court's opinion that:

The panel concluded that there is a significant likelihood that the individual plaintiffs will suffer irreparable harm if the MPP is not enjoined; uncontested evidence in the record establishes that non-Mexicans returned to Mexico under the MPP risk substantial harm, even death, while they await adjudication of their applications for asylum.

Among the many groups that have protested the administration's Remain in Mexico policy was Local 1924, the labor union which represents some 2000 employees of both the U.S. Citizenship and Immigration Services and U.S. Immigration and Customs Enforcement agency in Washington, D.C. In an amicus brief filed with the Ninth Circuit this past summer, union representatives wrote that "by forcing a vulnerable population to return to a hostile territory where they are likely to face persecution, the MPP abandons our tradition of providing a safe haven to the persecuted and — violates our international and domestic legal obligations."

Union members, therefore, "should not be forced to honor departmental directives that are fundamentally contrary to the moral fabric of our nation."

For now, it seems, they won't have to. It remains to be seen whether the Trump administration will challenge this latest ruling.

More like this
New York has set aside a massive, first-of-its-kind fund for undocumented workers
By Rafi Schwartz
Nearly half of Republicans believe absolute nonsense about Trump's Capitol coup
By Rafi Schwartz
Georgia's voter suppression law is bad, Coca-Cola and Delta have finally decided
By Rafi Schwartz
Stay up to date