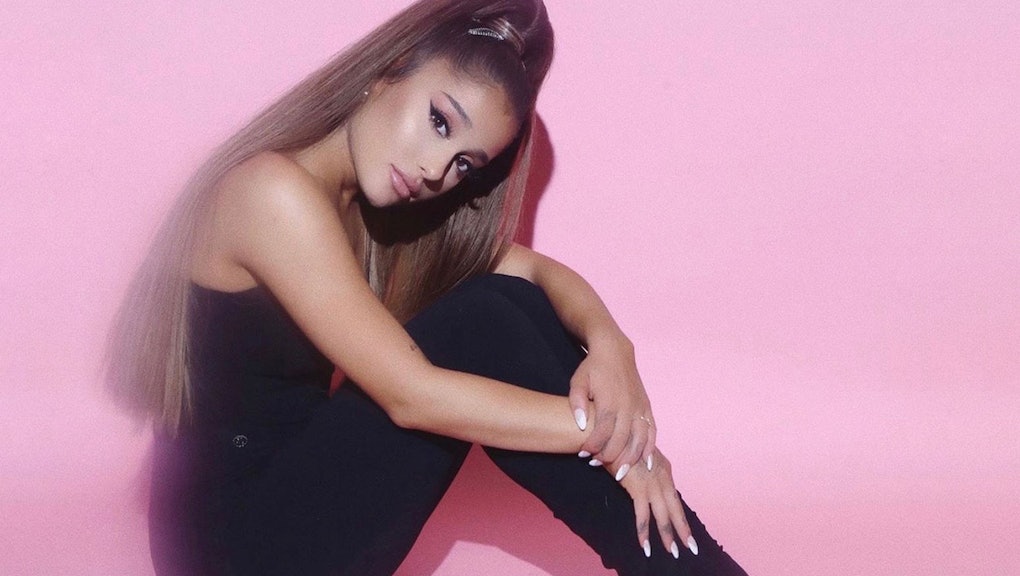 Ariana Grande has already cycled through most phases of the quarantine experience: cozy up with your new lover, do all kinds of NC-17 things with said lover, write an album about it, get engaged, and release a deluxe edition of that same album. On Friday, Grande released an expanded edition of Positions, her album from last October, with five new tracks tallying an additional 10 minutes.

Of the new songs, we’ll say only four are truly new — one is the fairly perfunctory remix of her current smash “34+35” featuring Doja Cat and Megan Thee Stallion, which dropped last month. Three good artists putting exactly what they need to in what, to my ears, is one of her least essential singles in years. Then you’re working with the minute-long “someone like u,” and other quickies “test drive,” “worst behavior,” and “main thing.” Despite their titles, two of these aren’t covers of some of her fellow A-list peers, but an extension of the enraptured, giddily horny vibe that Positions brought to the table. None of these are huge standouts as far as bonus tracks go, but “worst behavior” is probably the closest to her sweet spot.

Amid her dazzling one-two punch of Sweetener and thank u, next, Grande talked about wanting to mirror the output of popular rappers. She mostly kept good on this promise during that era, keeping the appointment singles and albums in rapid succession, but now we’re back in the same tricky zone that pandemic pop artists are forced to navigate. Padding out albums with bonus tracks to juice up streaming numbers is not a new phenomenon, but one that we’ve seen almost every A-lister from Dua Lipa to Taylor Swift successfully capitalize on in the past year.

Although it’s probably her first career step backward from the heights of thank u, next, her rangiest and most impressive full effort to date, there’s still something to hearing one of the best vocalists in pop’s stratosphere dig into the more leisurely carnality — and without the aid of Max Martin for the first time. The Ariana Grande sex album would always be positioned as the Mood We Need Right Now, or something, but I’m just as eager to see her make a return to those world-conquering stakes.

More like this
Ricky Martin said he has PTSD from Barbara Walters trying to out him on TV
By Kara Weisenstein
Mark Zuckerberg joins the ranks of rich dudes getting owned by a band
By Vanessa Taylor
Harry Styles, king of gender neutral style, is working on a line of cosmetics
By Kara Weisenstein
Stay up to date