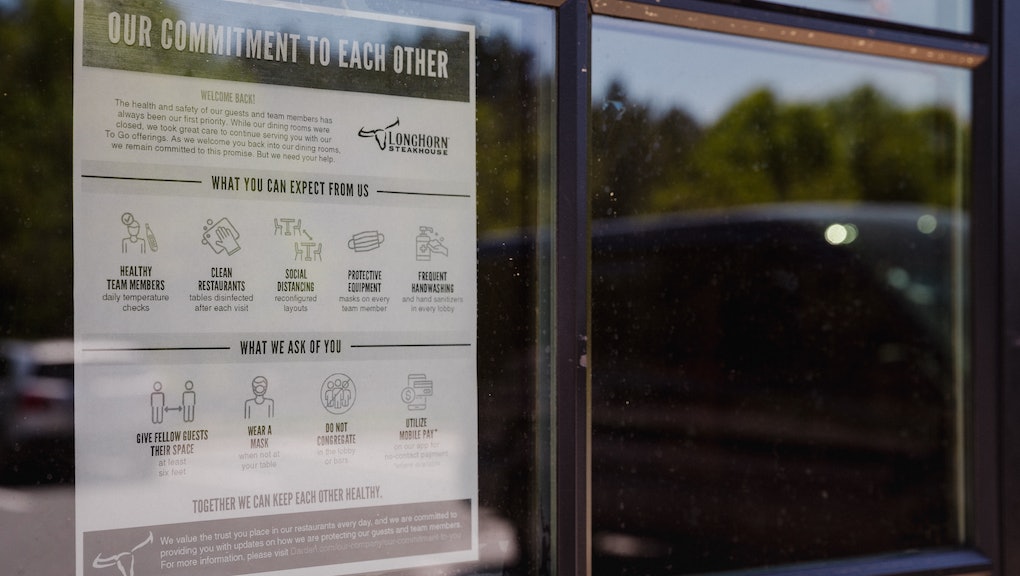 As Georgia reopens, the state reports 1,000 new coronavirus cases in a single day

The same day Georgia Republican Gov. Brian Kemp prepares to lift many of his stay-at-home orders designed to help slow the spread of the novel COVID-19 strain of the coronavirus, his state confirmed a staggering 1,000 new cases of the virus over the past 24 hours alone.

According to the Georgia Department of Health, the state has 27,134 confirmed coronavirus cases as of Friday afternoon, with over 1,100 fatalities to date. Notably, Georgia has conducted 168,367 tests so far — 20,000 more than one day prior, and a nearly three-fold daily increase from the previous week, according to The Atlanta Journal-Constitution.

While the massive leap in confirmed infections is likely due at least in part to the uptick in testing, particularly given the state's initial lag, it also casts serious doubt on Kemp's ability to "keep Georgia families safe" while simultaneously allowing movie theaters, bowling alleys, salons, and other similar businesses to re-open. Reopening is supposed to be conditioned upon these institutions following social distancing measures and performing "regular sanitation" — a seemingly impossible ask for places like barbershops.

Kemp's handling of Georgia's coronavirus outbreak has been widely panned by even President Trump himself, who publicly shamed one of his most stalwart gubernatorial supporters by telling the White House press corps that he "disagree[d] strongly with his decision" to begin reopening the state. Of course, it was reported that several senior advisers, including Dr. Deborah Birx, had to convince Trump to disagree with Kemp's decision to reopen because it was medically unsound.

Kemp drew mockery when he announced in early April that he'd been unaware "until the last 24 hours" about the risk of asymptomatic transmission of the virus — despite many, many warnings thereof over the previous several months.

According to the AJC, Georgia public health commissioner Kathleen Toomey has set a "private goal" to add an additional 100,000 tests over the coming 10 days. Given the degree to which researchers believe there may be underreported cases of coronavirus across the country, it's a safe bet to assume that nearly doubling the state's testing capacity will bring with it another surge in confirmed cases.

More like this
Arkansas's governor is very sorry he engineered a COVID surge in his state
By Rafi Schwartz
Sarah Sanders is here for the vaccine — as long as she can credit Trump for it
By Vanessa Taylor
Obama is hosting a massive birthday bash with Pearl Jam, for some reason
By Rafi Schwartz
Stay up to date