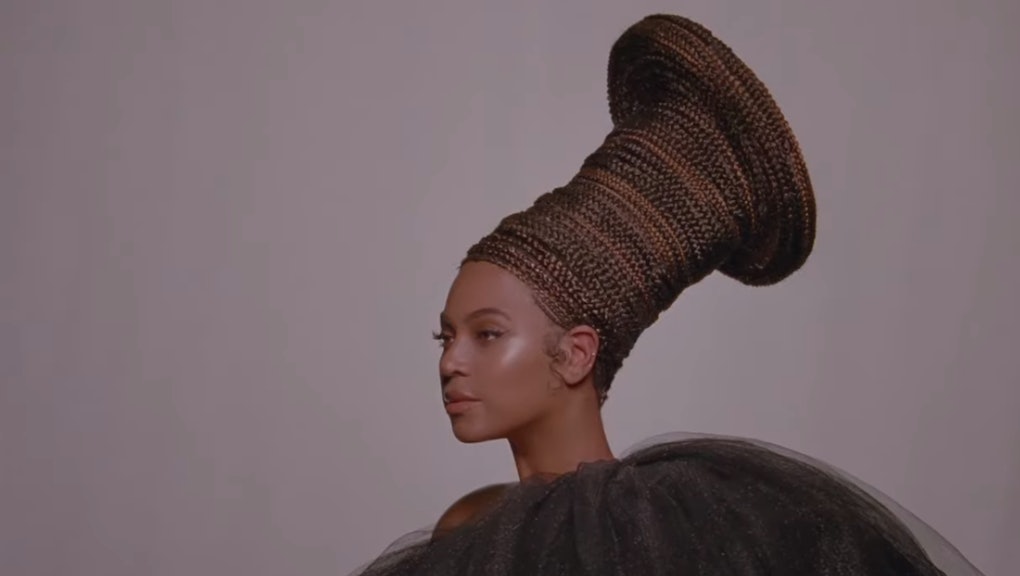 When Beyoncé’s Lemonade appeared out of nowhere, it came with a striking 65-minute visual companion on HBO that doubled as her most confrontational, politically trenchant work up to that point. Her upcoming Disney Plus film, Black Is King, will probably dial things back within the parameters of a family-friendly streaming platform. But if its first trailer’s any indication, this still looks to be a true visual marvel.

Over the weekend, Beyoncé shared the visual album’s first trailer ahead of its July 31 release. Serving as a companion to her curated soundtrack for last year’s live-action remake of The Lion King, dubbed The Gift, the new project doesn’t appear to be a full-fledged follow-up to Lemonade. According to a press release, Black Is King “reimagines the lessons of The Lion King for today’s young kings and queens in search of their own crowns.”

A number of high-profile pals are on hand, including Kelly Rowland, Naomi Campbell, Lupita Nyong’o, and Jay-Z, over Tierra Whack, Bey, and Moonchild Sanelly’s “My Power” from that film’s soundtrack. The film was helmed by a huge team of directors — Emmanuel Adjei, Blitz Bazawule, Pierre Debusschere, Jenn Nkiru, Ibra Ake, Dikayl Rimmasch, Jake Nava and Kwasi Fordjour — who filmed the visual album across three continents. Although it’s still under the Disney umbrella, this looks to be disorienting and visually rich in a way that last year’s uncanny valley Lion King reboot never really came close to approaching.

While it’s been four years since Lemonade, Beyoncé’s had a surge in activity so far this year. The “Savage” remix with Megan Thee Stallion reached no. 1, notching her first since appearing on Ed Sheeran’s “Perfect” in 2017. Beyoncé released her latest solo single, “Black Parade” — not a My Chemical Romance cover — on Juneteenth. She also penned a letter to the Kentucky attorney general, demanding justice for Breonna Taylor.

And then there’s the issue of Florida congressional candidate KW Miller, who alleged in a viral thread on July 4 that Beyoncé isn’t Black, but in fact an Italian woman named Ann Marie Lastrassi who trades in Satanic and Illuminati messaging. Hope this clears things up for him!