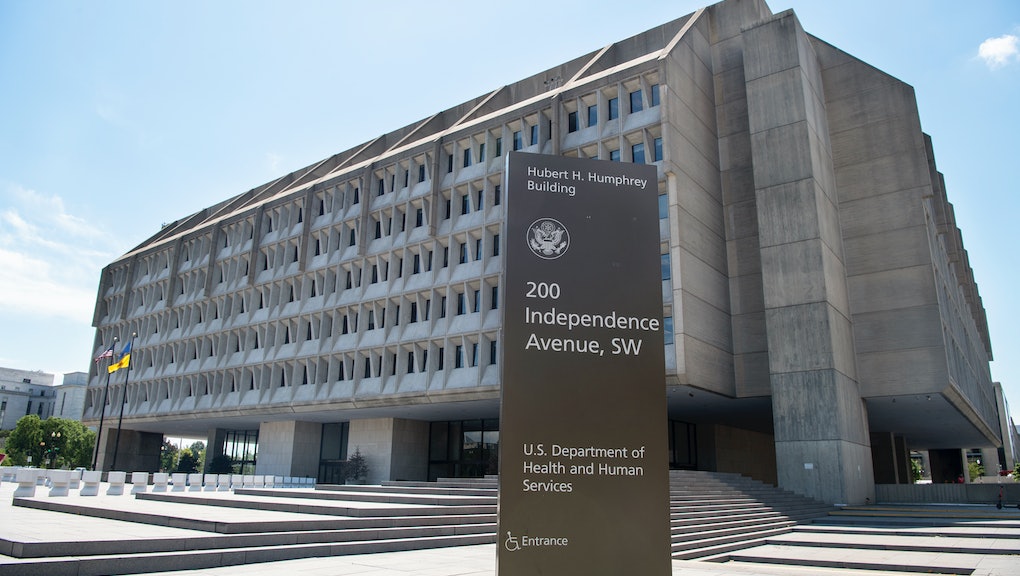 Climate change is a public health emergency. A new government office now not only recognizes that fact, but has also been tasked explicitly with addressing it. Enter the Office of Climate Change and Health Equity, a federal office within the Department of Health and Human Services that is leading the effort to solving the toll climate change is taking on our collective health.

The snag is that in a fight against a Goliath, the Office of Climate Change and Health Equity is trying to take up the role of David. Wielding the slingshot will be John Balbus, the former senior adviser for Public Health at the National Institute of Environmental Health Sciences (NIEHS), who has been tapped to serve as interim director of the new initiative. According to environment industry publication E&E News, Balbus has been budgeted a whopping $3 million to play with — and that's only in theory, given Congress still has to approve funding for the office — which will pay for the upstart cost of hiring eight employees. That's probably enough people for, say, the Justice League to save the world. For some scientists without super powers, it's, well, it's a start.

To be clear, the itty-bitty earmark that the Biden administration has requested for the office is nowhere near enough. Linda Birnbaum, a former director of NIEHS, told E&E News the $3 million is "a teeny-weeny budget for what needs to be done." Ed Maibach, the director of George Mason University's Center for Climate Change Communication, told the publication that the office's budget "should be doubled or quadrupled immediately."

Still, $3 million is better than nothing. After all, the previous administration was headed by a climate change denier who went out of his way to make sure government agencies ignored the realities of a warming planet and set efforts to address the issue back decades.

The good news is the Office of Climate Change and Health Equity is not short on ambition. According to E&E News, Balbus has prioritized adopting climate resilience plans in marginalized communities — areas that often feel the worst effects not just of climate change, but of the root causes of it. When hurricanes, forest fires, and other extreme weather hit, it is typically poorer neighborhoods and communities of color that experience the most damage. They also tend to receive the least amount of help; a study published last year found that richer, whiter neighborhoods get more support after wildfires hit. Researchers have also found that marginalized communities experience the most pollution from fossil fuel sources and are plagued with the poor health outcomes that exposure to dirty air and water can cause.

Another major cause on the docket for the new HHS office is helping local health infrastructure gear up for extreme weather. When storms hit, hospitalizations in the affected region often rise because not everyone is able to afford to get out of the path of destruction. When that happens, hospitals and care providers need to be prepared to treat people who are in dire need of support. Hurricane Ida, which devastated parts of Louisiana and Mississippi, hospitalized more than 2,500 people — placing them in facilities that were already challenged by the coronavirus pandemic.

Balbus and his office will also be looking into lessening the environmental burden of hospitals themselves. The health sector currently produces 8.5% of the country's total emissions and a seemingly endless amount of waste. Keeping the public healthy means lessening the burden on the planet we share.

The Office of Climate Change and Health Equity has its work cut out for it. But at least it's actually in a position to do the work — something that couldn't have been said just two weeks ago.

More like this
Scientists are potty-training cows in an effort to save the planet
By AJ Dellinger
Animals are "shape-shifting," and scientists think climate change is to blame
By AJ Dellinger
Vaccines are good. Threatening to evict someone over them is not
By Rafi Schwartz
Stay up to date