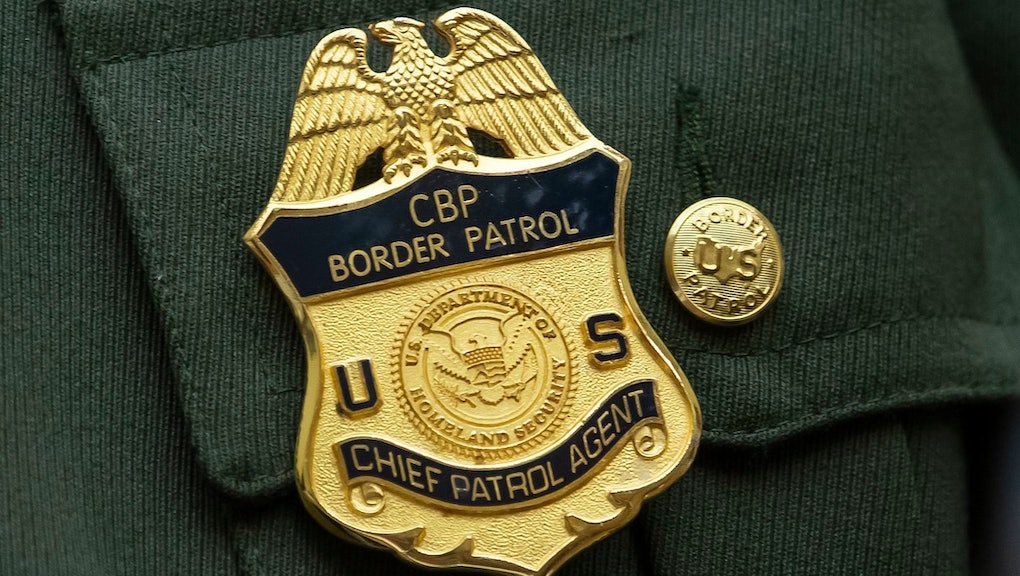 Border Patrol let a 16-year-old die in its custody, and then lied about it

Sixteen-year-old Carlos Gregorio Hernandez Vasquez was diagnosed with the flu at a Border Protection facility in McAllen, Texas, on May 19. By May 20, he was dead. According to an investigation by ProPublica, Vasquez was essentially left to die by Customs and Border Protection agents who failed to provide him with the care that he needed.

Vasquez, who came to the United States from Guatemala, had only been in the Border Protection facility for six days when he developed flu-like symptoms, including a fever of 103 degrees. After a nurse diagnosed the minor, CBP officers were instructed to check in on Vasquez in two hours and if his condition worsened, they were to send him to an emergency room to receive care.

Instead, Vasquez was moved to a holding cell at another Border Patrol station in the nearby town of Weslaco, where he was placed in quarantine with another sick teenager. Over the course of his time in the cell, his health quickly deteriorated. ProPublica reported that video footage shows the minor writhing in pain for 25 minutes, stumbling around the cell when he found the strength to stand, and finally collapsing to the floor, where he remained for more than four hours. CBP agents claim to have checked on him at least three times over the course of the day, but took no action to help him. They also said in their official report of the incident that it was a CBP agent who found Vasquez unresponsive.

But video contradicts the agency's account. It was actually the other teen in the cell who alerted officers to the fact that Vasquez had become unresponsive, not an agent doing morning rounds. When the cellmate gestured for help, CBP at last intervened. By that point, it was too late. The 16-year-old had died overnight.

Vasquez is far from the first migrant child to die in the custody of U.S. law enforcement. When he passed in May, he was the fifth child to die while being held by Border Patrol in just a six-month period. At least seven children died in the custody of immigration agents in 2018, according an NBC News report. These deaths are largely avoidable tragedies, the result of inadequate care from CBP agents and miserable conditions provided to migrants and refugees seeking safety and asylum.

In Vasquez's case, he never should have been in the situation that led to his death in the first place. Before being moved to a holding cell, before even being diagnosed with the flu, he should have been moved out of Border Patrol custody. A 2008 anti-trafficking law requires border agents to transfer children and teenagers crossing the border without parents or guardians — Vasquez came only with his sister — to be transferred to the Office of Refugee Resettlement at the Department of Health and Human Services within 72 hours. Instead, he spent six days detained at Border Patrol facilities before ultimately passing away.

Vasquez is not the only victim of this failure of procedure. A report from the Office of Inspector General for the Department of Homeland Security published earlier this year found that about one-third of the 2,800 unaccompanied minors who were taken into CBP custody in the region where Vasquez was detained were kept in custody for longer than 72 hours despite what the law requires.

Part of the CBP's inability to adequately handle and transfer these children stems from the fact that many facilities are dangerously overcrowded. According to an OIG report on a number of Texas facilities published earlier this year, the watchdog agency found that Border Patrol processing centers in El Paso, Texas, with a maximum capacity of 125 people had 750 and 900 detainees within its cells. That resulted in standing-room-only accommodations throughout the facilities, and conditions that range from inappropriate to inhumane. According to the OIG, agents at the overcrowded facilities limited access to showers and clean clothes, leaving some people in dirty and soiled garments for days or weeks at a time. Illnesses spread quickly through the facilities, and detainees who were sick were not separated from the general population.

These types of conditions have a particularly negative impact on children, who face neglect in the hands of Border Patrol. Earlier this year, a team of attorneys interviewed more than 60 children held in CPB facilities and found a disturbing lack of basic care being provided. The report indicated that crying children are ignored or locked up, while older children are tasked by guards with taking care of infants and toddlers. Necessities like food and water are restricted, and hygienic products and medicine are rarely provided. Reports of these conditions prompted politicians to tour the facilities, only to be shocked by confirmation that many children do face mistreatment and negligence at the hands of American law enforcement.

The conditions for children are made worse by the Trump administration's policy of separating children from their parents at the border, taking kids from the custody of their primary caregivers. The policy not only leads to children being held in facilities unequipped to deal with them, but can be the cause of lifelong trauma for those who are put through the experience. With the Trump White House implementing a "zero tolerance" approach to immigration last year that required all migrants caught entering the country illegally to be prosecuted as criminals, there were more minors taken into government custody while their parents were placed in federal prisons.

It was clear before ProPublica's report on Vasquez's death that CBP is woefully ill-equipped to handle the recent surge of migrants, particularly given new rules that put more children under their custody. But the video footage and reporting of what happened leading up to Vasquez's passing shows how negligent the agency can be. Basic health care is all that was required to potentially prevent his death, but Vasquez was not provided that. Overcrowded facilities, under-prepared officers, and cruel laws contribute to the problem, but at the end of the day, the thing one thing that would have saved Vasquez and others like him was basic human decency. Many migrants are being denied that.

More like this
Biden has hit his 100th day in office. So what's next?
By Rafi Schwartz
The CDC's eviction freeze has been unfrozen by a federal judge
By Rafi Schwartz
This very bad Florida voting bill furthers the GOP push to disenfranchise voters
By Vanessa Taylor
Stay up to date