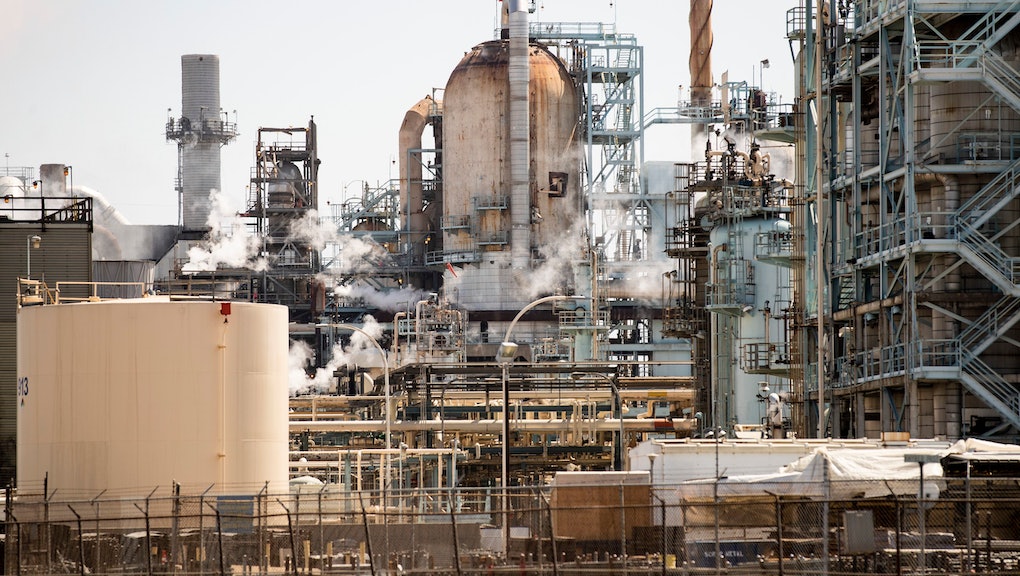 By rolling back fuel efficiency standards, Trump could be dooming the U.S. auto industry

On Tuesday, the Trump administration announced that it will officially roll back fuel efficiency standards for the automotive industry, securing a major policy victory for the president — and a significant step back for everyone else. Under the new rule, which will go into effect this spring, the Environmental Protection Agency and the Department of Transportation will allow car manufacturers to roll out fleets of vehicles that average about 40 miles per gallon by 2025 — rather than the 54 miles per gallon standard that the Obama administration put into effect in 2012. The change represents a shift for the auto industry, which now has a much lower standard than those found in other advanced economies, and a likely increase in the levels of pollution produced by transportation.

By the Trump administration's own analysis, the decision to lower fuel efficiency standards will likely have harmful, potentially devastating effects on both the environment and the economy. A representative for the Natural Resources Defense Council (NDRC) tells Mic that draft analysis released by the administration shows that the change in policy will result in at least an additional 867 million metric tons of carbon dioxide emissions being released into the atmosphere compared to the Obama administration standard. That's the equivalent of opening 223 new coal-fired power plants, according to EPA data. It will also result in as much as an additional 78 billion gallons of fuel consumed — likely a win for Trump allies in the fossil fuel industry, who have already had tons of red tape cut to expand drilling operations on federal lands across the country. “Gutting the clean car standards makes no sense," NDRC president and CEO Gina McCarthy said in a statement. "It will harm the air we breathe, stall progress in fighting the climate crisis and increase the cost of driving. The only winner from this action is the oil industry, which wants us stuck driving dirty gas guzzlers as long as possible."

Trump's policy decision undoes one of the more successful regulations put in place during the Obama administration. The fuel efficiency standards enacted in 2012 required auto manufacturers to increase the fuel efficiency of their entire fleet of vehicles — the average miles per gallon of every vehicle built by the company during the year — by five percent annually. In the eight years since the rule has been on the books, there has been a reduction of 455 million tons of carbon emissions — the equivalent of taking about 100 million cars off the road. The change has also saved drivers a cumulative total of more than $87 billion at the pump. Kevin Riddell, senior manager of powertrain forecasting at LMC Automotive, tells Mic that the 2012 standards have resulted in cars that have "noticeably better fuel economy than [they had] five-plus years ago."

Perhaps the strangest thing about the Trump policy is that it seemingly undermines many of the economic goals that the president claims to care about. According to the administration's own analysis, it will cost the American economy between $13 and $22 billion more than the prior, higher standard — a cost primarily felt by consumers who arrive at the gas pump in cars that get fewer miles per gallon. Trump loves to celebrate how low gas prices are, but even if prices remain low, people will be filling up more often under the new rule. Additionally, the Trump administration's analysis projects that its policy change will cost the automotive industry between 10,000 and 20,000 jobs — all while the president has promised to create 100,000 new "high paying" jobs in that sector.

The regulatory change presents other potential changes within the automotive industry, as well. Riddell says that while the rollback likely won't change the types of cars that are manufactured — "A consumer-driven shift away from cars to SUVs has been happening for some time now ... [and] the lower fuel prices in the last couple of years have only helped this transition, making fuel economy lower on people’s minds," he says — there will likely be a slow down in the introduction of fuel-saving technologies like diesel, hybrid, and electric vehicles. "It will not stop the expansion of the technologies, but it will slow it," he says.

Theoretically, lowering the fuel efficiency standards might result in a cheaper purchase price for vehicles. According to Autolist, hybrid cars are typically about $4,650 more than traditional gas vehicles. But as Riddell notes, other technologies — ones that bare no real effect on fuel efficiency — will continue to be introduced in vehicles and may result in higher purchase costs. "The average vehicle price in the US will not necessarily drop due to other technologies being added in higher volume like Advanced Driver-Assistance Systems including automatic emergency braking and adaptive cruise control or enhancing creature comforts like cooled seats and improved touchscreen interfaces," he says.

The shift in these standards won't just affect consumers but will put the American auto industry as a whole in a difficult spot. Riddell predicts that it will "help profitability for the automakers," which may have an immediate boost for the bottom line of the companies, and that might result in more jobs — just not in America. "But some of those extra profits will be invested to help develop and build electrification technologies for use in other countries. That investment could lead to new plants building electrified vehicle components in other countries and not in North America where the need is lower," Riddell explains. "This would give other countries an edge in preparing for the future of the automobile while the US industry lags."

By dropping fuel efficiency requirements below those in place in other regions including the European Union, China, India, Japan, and South Korea, the American car industry could see a drop off in the number of vehicles it exports — or could result in cars being manufactured specifically to export to other regions that won't be available in the US. Dozens of countries and even some states in the US have already put in place policies that would effectively ban the sales of gas-guzzling vehicles by as soon as 2030. With fuel standards lower — and high market demand locally for SUVs and other cars that achieve lower miles per gallon — American car manufacturers may be placed in a tough position to meet the local market's demand while also falling behind competitors who are focused on fuel-efficient and gas-alternative vehicles.

More like this
For a blessed 11 minutes, Jeff Bezos was not on Earth. Here's what he missed
By AJ Dellinger
Amid daily reports of catastrophe, Americans are finally starting to realize climate change is bad
By AJ Dellinger
This is what it looks like when a city floods in real-time
By AJ Dellinger
Stay up to date