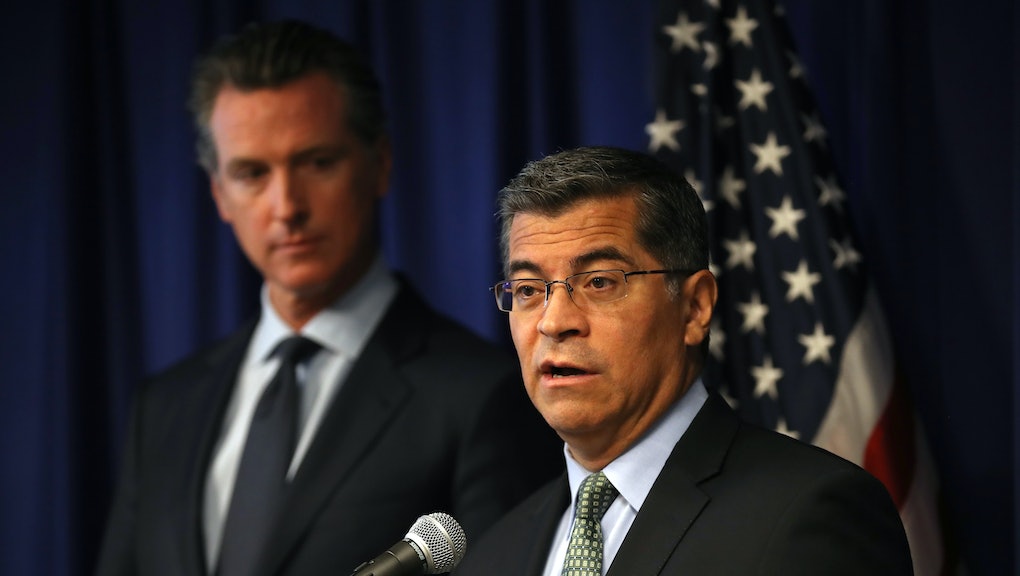 Due to the ongoing pandemic, colleges across the country are looking at moving their classes online. But earlier this week, the federal government said international students would have to leave the U.S. if classes went virtual. Now, California is suing the Trump administration over its new student visa policy.

In its new guidelines, Immigrations and Customs Enforcement targeted those who are apart of the Student and Exchange Visitor Program (SEVP). Historically, ICE has never been a friend of immigrants. The department used post-9/11 xenophobia to justify its creation in 2003. So, it's no surprise that ICE would use find a way to capitalize on a pandemic and go after students.

Per ICE's guidelines, students essentially have to get out of the country or "take other measures" like transferring to a school with in-person classes. If students fail to do so, ICE says, "they may face immigration consequences, including, but not limited to, the imitation of removal proceedings."

There are over a million student visa holders in the U.S. so it's not like ICE is going after a small group of people — which means its guidelines are more likely to be challenged. On Thursday, California announced that it would be the first state to sue the Trump administration over ICE's policy change.

"Shame on the Trump Administration for risking education possibilities for students who earned the chance to study here, along with their health and wellbeing," The Hill reported California Attorney General Xavier Becerra said.

"This could put everyone at risk of getting and spreading the coronavirus, or be subject, in the case of these international students, to deportation if they don’t comply with this latest Trump policy," Becerra added. "This policy isn’t just unlawful, it’s dangerous and morally reprehensible."

Becerra's points about ICE's guidelines being "dangerous" are hard to deny. These guidelines effectively put pressure on colleges to offer in-person classes and forces international students to sign up for them or risk deportation at a time when coronavirus cases are surging. This is particularly worrisome for California who, long with Florida and Texas, reported new single-day coronavirus death toll records.

On some level, ICE's move is in-line with Trump pressuring schools — namely, K-12 — to reopen. He has threatened to cut funding if schools fail to do so and even blasted guidelines from the Centers for Disease Control and Prevention on how to safely do so. But also, ICE goes after immigrants. That's just what it does.

This isn't even the Trump administration's first time using the pandemic to target immigrants. As Vox reported, "Covid-19 has been a boon to the anti-immigrant agenda that President Trump — along with other nativist leaders — has been aching to implement since he took office", which included allowing border patrol agents to immediately turn away asylum-seekers at the border, a 60-day suspension of visa issuances, and more.

Notably, California's lawsuit comes only a day after Harvard and MIT also sued the Trump administration claims that ICE's guidelines violate the Administrative Procedures Act. But, the lawsuit also gets to the crux of the issue, stating, "By all appearances, ICE’s decision reflects an effort by the federal government to force universities to reopen in-person classes, which would require housing students in densely packed residential halls, notwithstanding the universities’ judgment that it is neither safe nor educationally advisable to do so.

To force this type of reopening, it implies, is reckless: "The effect—and perhaps even the goal—is to create as much chaos for universities and international students as possible."