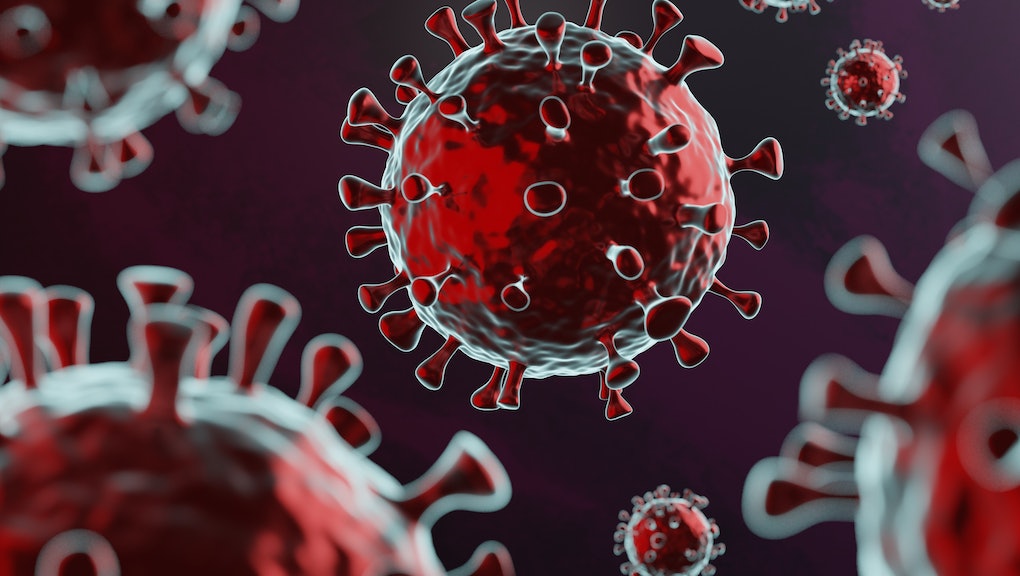 Can you get coronavirus twice? Here's what we know now

Several people I know have already had coronavirus. Even though some of them got pretty sick, after they recovered, they have felt like they won the golden ticket. They got hit with a worst case scenario, survived, and now they can move through the world with virus-proof invincibility. Right? Maybe. Unfortunately, it appears that you can actually get coronavirus twice. Before you freak out, here’s what you need to know.

A case study published on Monday in The Lancet, a medical journal, confirmed that a 25-year-old Nevada man contracted — and was sick with — COVID-19 twice. The man, who remains anonymous to protect his medical privacy, was sick in April and tested positive for coronavirus then, NPR reported. He tested negative in May, but then he started showing symptoms later that month and tested positive again.

But how could this happen? Theoretically, once your immune system deals with a virus, it should make antibodies that help it combat the virus more effectively if you are exposed again, so most of us have just assumed that you can’t catch COVID-19 twice. But some scientists have been warning us that our lack of familiarity with the novel coronavirus, scientifically speaking, means that we can’t accurately predict how the human immune system will respond to it.

Personally, I also assumed that the rumored cases of reinfection were actually just weird lulls in illness. But scientists say that this patient appeared to literally contract the virus two separate times, BBC reported. It wasn’t a case of the virus going dormant and then sparking back up. Experts assert this because when they compared the virus taken during each bout of illness, the genetic codes were too different to be caused from a single strain, BBC reported.

The most baffling part, perhaps, is that the man was sicker the second time he had COVID-19. This is not the only case of the double whammy being worse the second time around. A patient in Ecuador also experienced a more serious case of COVID-19 the second time they were infected with the virus, reported NPR. Luckily, the man has recovered, but what does his case mean for the rest of us?

Doctors aren’t sure. "There are many reasons why a person might get sicker the second time around," said Akiko Iwasaki, a professor of immunobiology at Yale University, to NPR. An individual’s immune response from the first round may make the second bout worse in some people or they may have been exposed to a lot higher levels of the virus the second time around, Iwasaki told the outlet.

And what does this reinfection case imply about our ability to create an effective vaccine? If people can be infected multiple times, will a vaccine even protect them? First of all, yes, a vaccine could still be really helpful in creating immunity. "The good thing about a vaccine is that it can induce much better immunity, a much longer lasting immunity, than the natural exposure to the virus," Iwasaki said.

It’s also worth noting that this case is the first of its kind in the U.S. and only the fifth confirmed reinfection case in the world, NPR reported. And while there are likely cases of reinfection that are not being reported or studied, experts think that 90% of people who have a symptomatic case of COVID-19 will make antibodies that can protect them from it for about a year, reported NPR.

So while this isolated case creates new questions for public health experts, there’s still a 9 out of 10 chance that COVID-19 won’t kick your ass twice. In this apocalyptic moment in history, I’ll take that imperfect optimism over none at all.