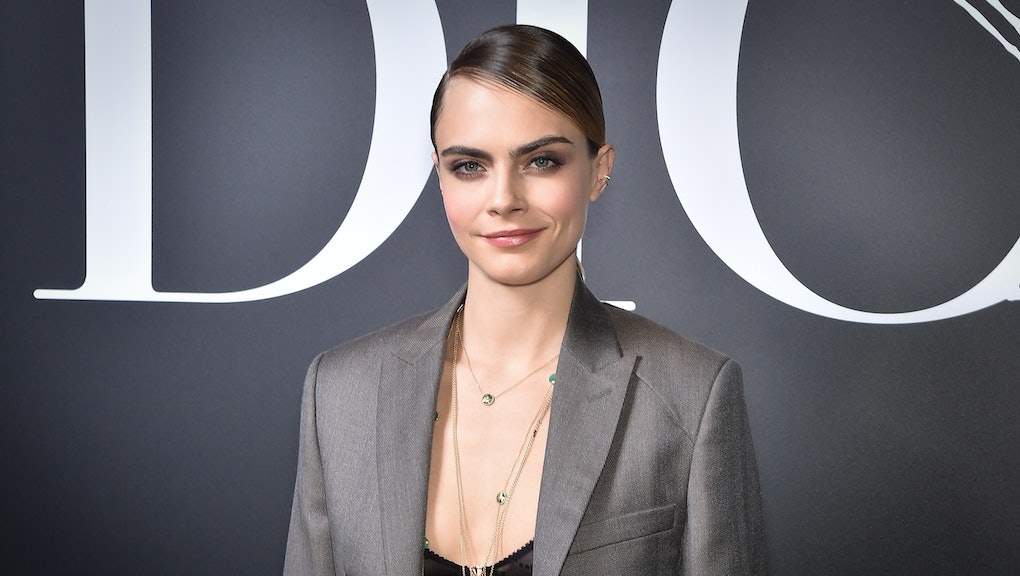 Cara Delevingne minting her vagina as an NFT is peak 2021

Goop tycoon Gwenyth Paltrow nearly broke the internet when she began hawking a candle that smelled like her vagina, supposedly. But supermodel Cara Delevingne just one-upped the queen of bougie wellness by auctioning an NFT of her vagina. While that last sentence reads like it was written by AI, it’s merely the natural evolution of the bonkers crypto craze.

Before any creeps rush to bid on the beauty’s genitalia, we should clarify that Delevingne is technically selling a video about her vagina. The 30-second clip pictures her bare faced and seemingly nude, standing in front of the ocean. “My first word was ‘mine,’” the model says. “To me that means something that is most mine: my vagina. I own it. It’s mine and no one else’s. I choose what I do with it. And no one can take that away from me.”

The message is pretty ironic, but that’s probably the point. Think of it as performance art — Delevingne’s 21st century Vagina Monologue. In a statement, the model elaborated on the impact she hopes her provocative NFT will have: “I want this to remind people of how incredibly powerful they are, what a beautiful thing their bodies are and to take pride in that.”

A number of famous women like Delevingne have begun leveraging NFT technology to assert control over who profits off their image. Fellow supermodel Emily Ratajkowski is getting her revenge on artist Richard Prince with an NFT auction through Christie’s on May 14. In 2014, he appropriated her image by printing two of her Instagram posts on large canvases and selling them for upwards of $90,000 apiece. Notably, many women who unwittingly became memes in the aughts have also minted NFTs. The subjects of Disaster Girl, Overly Attached Girlfriend and Creepy Chan, for example, have all sold their original files via blockchain for six-figure sums in recent months.

Proceeds from the sale of Delevingne’s “vagina” will go to her eponymous foundation, which supports women’s and LGBTQ+ rights, mental health and environmental causes. Her NFT was a collaboration with the anonymous artist Chemical X, who’s also worked with Banksy. The model’s auction goes live on May 13, alongside NFTs Chemical X created with Fatboy Slim, Dave Stewart of the Eurythmics, and UK dance music duo Orbital.

More like this
Trevor Noah says that canceling Chrissy Teigen misses the point
By Kara Weisenstein
Floyd Mayweather just beat Logan Paul into a very rich man
By Tim Brinkhof
One month later, here’s what we’ve learned from Will and Kate’s YouTube channel
By Maeve Dunigan
Stay up to date