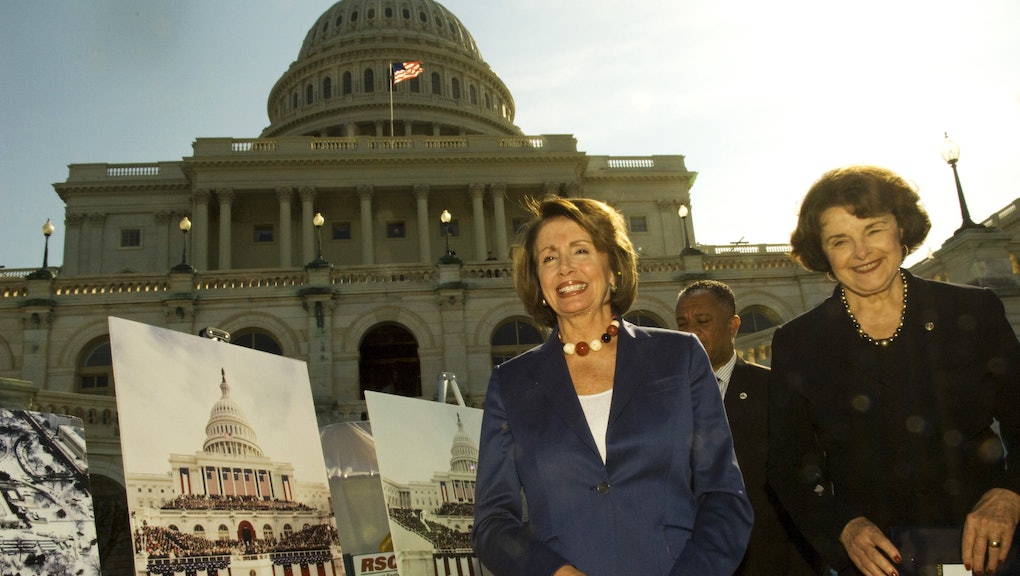 Congress is full of millionaires. Their wealth should be taxed to fund social programs

So — how much more do you pay in taxes than the president? After reviewing some of President Trump’s tax-return information, The New York Times revealed recently that the president had only paid $750 in federal income taxes in 2016 and another $750 in 2017, during his first year in office. The most recent Forbes estimate puts Trump’s net worth at $2.5 billion. Unsurprisingly, the reaction from regular Americans and politicians alike was swift — and harsh. Even if we weren’t in the middle of a pandemic with record unemployment levels (and somehow expected to make a single $1,200 stimulus check stretch for seven months of the pandemic), this would still feel pretty transparently fraudulent.

But in reality, it’s frustratingly common for the wealthiest individuals and corporations to pay the least in taxes. As many have pointed out, for example, Amazon famously managed to pay an absurdly comical $0 in federal income taxes in 2018 on more than $11 billion in reported profits.

Millionaires and billionaires are only able to amass such sizable amounts of wealth by leveraging any range of exploitative business practices, from underpaying their workforce and price-gouging in monopolized industries to piling their profits in philanthropic foundations to avoid paying certain taxes. Particularly when compared to the financial conditions of the average American — alongside the dozens of public and social services that are chronically underfunded — it’s no wonder a wealth tax is such an appealing policy idea. Both Sens. Elizabeth Warren and Bernie Sanders, the leading progressive candidates for president this cycle, had proposals for a wealth tax included in their policy platforms. (The Democratic nominee Joe Biden, however, does not.)

It’s not just the president who has an outsize amount of money compared to the Americans he’s theoretically supposed to represent.

Still, to commemorate the revelation of (some of) Trump’s tax information, we thought it’d be a good time to revisit Warren’s and Sanders’ previously proposed plans for a wealth tax and apply it, hypothetically, to another group of surprisingly wealthy people — our U.S. congresspeople. After all, it’s not just the president who has an outsize amount of money compared to the Americans he’s theoretically supposed to represent.

According to the most recent numbers from OpenSecrets.org, a website run by The Center for Responsive Politics that regularly releases exclusive data on money in politics, more than half of our congresspeople have a net worth of more than $1 million. And of course, the majority of the wealth is concentrated at the top; the richest 10% of Congress have roughly three times more wealth than the bottom 90%. In fact, the top 10 richest individual members of Congress collectively make up almost half of the net worth of the entire 535-member legislative body, ranging from net worths of nearly $80 million to just over $214 million. It’s worth noting that this data is based on the politician’ most recent tax disclosures, revealing their financial information through 2018. So lawmakers like Florida Sen. Rick Scott (R), worth nearly $260 million, aren't included here, nor is Georgia Sen. Kelly Loeffler (R), estimated to be worth more than $500 million, as they both began their tenure in January 2020. Still, according to OpenSecrets.org’s most recent information, the top 10 richest members of Congress are equal parts Republican and Democrat, a truly green bipartisan effort.

Sanders’s tax plan has a bit more striations to parse through. According to the Penn Wharton Budget Model’s team of analysts, the senator’s plan would operate just like typical income tax brackets, meaning that each portion of overall wealth that qualifies for a specific tax bracket would be taxed accordingly, with the total tax bill the sum of all the portions. So for example, Buchanan’s estimated net worth of $157,169,056 would be portioned twice: The $18 million that would fall in the first tax bracket with a 1% tax would garner $180,000 in taxes, and the remaining portion above $50 million would be taxed at 2%, bringing the total to just over $2.3 million in taxes.

Applying the wealth tax plans of people who will not be president might seem like a farcical exercise. But consider how much money is tied up in the bank accounts of your congressional representatives, while those same people argue over which pennies they should apportion to your town’s roads and how much money Americans deserve as they try to survive a ravaging pandemic. For many of us, the president is the poster child for Wall Street’s most obvious transgressions; he pads his political circles with peers who similarly relish in the excess that comes with corrupt business practices. But when it comes to addressing the economic inequality and exploitation that makes a wealth tax a worthwhile policy proposal, it’s important to remember that Donald Trump’s ilk doesn’t have a monopoly on accumulated wealth. Your own representatives might have enough assets to fall into that category, too.

So, if the novelty of asking how much more money you paid in taxes than the president is beginning to wear off, might I suggest a new game: What public services could you pay for in your city with the wealth taxes from your congresspeople alone? What under-resourced communities would you invest in? What changes would you pursue?

More like this
What is court packing, and why are Democrats suddenly so into the idea?
By Ray Levy Uyeda
The Chauvin trial is incapable of delivering real justice
By Vanessa Taylor
D.C. statehood just took a huge leap forward — into a near certain deadlock
By Rafi Schwartz
Stay up to date