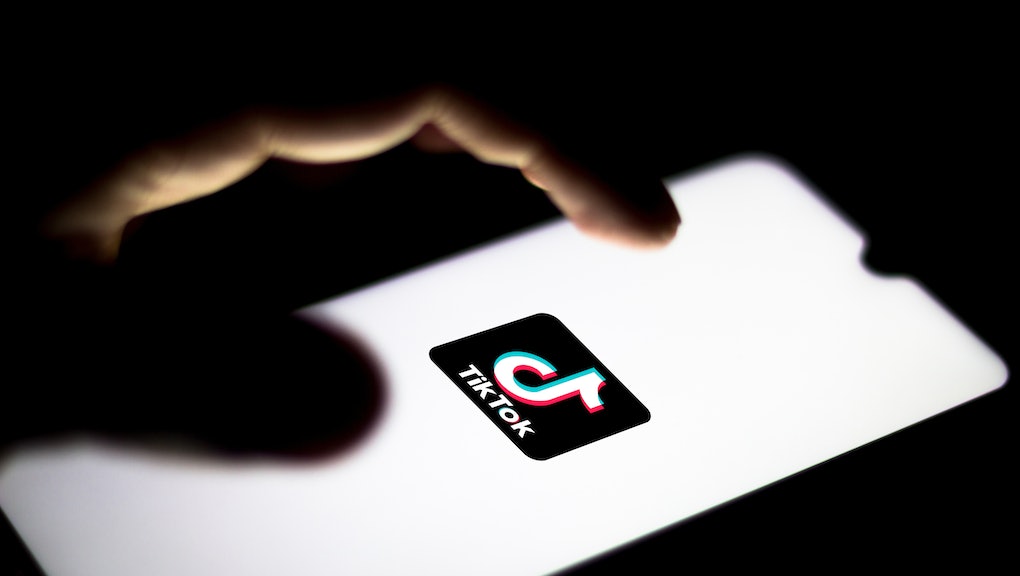 Conspiracy theories are finding a hungry audience on TikTok

Remember Pizzagate? In the seemingly endless cycle of hellish events that have happened since 2016, it’s understandable if this one got lost in your memory or perhaps feels like a distant fever dream. As a quick refresher, Pizzagate was a viral conspiracy theory that started making the rounds in 2016. The story alleged multiple high-level Democratic Party officials, including Hillary Clinton and her campaign manager, John Podesta, were involved in a human trafficking and child sex ring that was run out of the basement of Washington, D.C. based pizzeria Comet Ping Pong. The conspiracy theory was thoroughly debunked, and seemed to die out completely after a Pizzagate believer entered the restaurant armed with an AR-15-style rifle and unloaded three shots before discovering there were no enslaved children to be found.

But as it turns out, the theory continues to live on, finding new life on TikTok, according to the Daily Beast.

The #Pizzagate hashtag has racked up nearly 80 million views on TikTok. Related hashtags have millions of views of their own. While some of the content is parody or mocking or even simply jumping on to a trending tag in hopes of getting some attention, there is no shortage of TikTokers picking up the Pizzagate ball and running with it, largely without a hint of irony. Many of the videos show TikTokers in front of a tweet that purports to document celebrities involved in child sex trafficking. Others read and "decode" the language of John Podesta's leaked emails, which provided the initial spark for Pizzagate in 2016. At the time, conspiracy theorists dug through the Clinton campaign manager's communications after they were published online by WikiLeaks and started deciphering supposed codes within the messages that they believed revealed details about the child sex ring and human trafficking operation.

People who initially pushed the Pizzagate claims, including alt-right political activists Jack Posobiec and Mike Cernovich, have largely ditched the movement and the FBI has labeled Pizzagate conspiracy theorists a potential terror threat. But many of the tenants of Pizzagate have lived on through QAnon, another far-right conspiracy that posits a secret war taking place between Donald Trump and a so-called "deep state" cabal of powerful people who supposedly pull the strings on much of the world's activities. QAnon is occasionally described as an offshoot of Pizzagate, and continues the theory that many famous people are involved in child trafficking efforts.

These claims are also present in videos that appear under the hashtag #Pizzagate on TikTok. The hashtag #QAnon is also quite popular on the platform, with nearly 50 million views. Some of the posters that use these tags are fully dedicated to conspiratorial content, but some of the biggest sharers of these conspiracies are otherwise completely typical TikTok users. According to the Daily Beast, a 17-year-old girl with more than 150,000 followers who usually posts dance videos that recreate historic events has taken up the Pizzagate conspiracy. Another 17-year-old based in the UK, who has multiple TikToks with more than one million views, has started to push Pizzagate to his followers.

This is not the first time that TikTok has turned into a home for far-fetched conspiracies. In fact, the platform has been inundated with debunked ideologies over the course of 2020. Mic reached out to TikTok regarding the presence of conspiracy theories on its platform, but the company did not reply. While TikTok banned Holocaust denial content and other videos that deny "well-documented and violent events have taken place," it has had a much harder time cracking down on conspiracies that claim things are happening rather than never happened.

Researchers at First Draft, a fact-checking nonprofit organization, found that TikTok saw a significant amount of coronavirus conspiracy content. That included users posting clips from Plandemic, an anti-vaccination driven conspiracy video that makes claims that the virus was manipulated in a lab and that masks actually get people infected rather than protect them. The video was banned on Facebook, YouTube, Vimeo, and Twitter for misleading and false medical information, but managed to live on through TikTok. Similarly, 5G conspiracies linking the wireless network technology to coronavirus managed to spread across TikTok, according to a report from British newspaper i.

Tiktok tends to be a haven for this type of content for a number of reasons. The videos on the platform are short, catchy, and easily shareable and digestible. Conspiracies often don't stand up to scrutiny but could make sense in a non-critical environment where users are just watching what comes scrolling across their screen. TikTok also doesn't have the fact-checking infrastructure that platforms like Facebook, Twitter, Instagram, and YouTube have (though those companies often fall short of stopping the spread of conspiracies, as well).

The company has started to take these problems more seriously, introducing a new option in April that allows users to report videos that contain misinformation. But the platform still has a considerable amount of work to do as evidenced by Pizzagate's resurgence. The app's "For You" section has the power to keep users watching content for hours on end, but it might end up pushing people down rabbit holes of conspiracies and other troubling ideologies, like YouTube's algorithms did. It seems that the platform designed to make dance and lip-sync videos go viral isn't quite prepared to handle an influx of conspiracy theories.