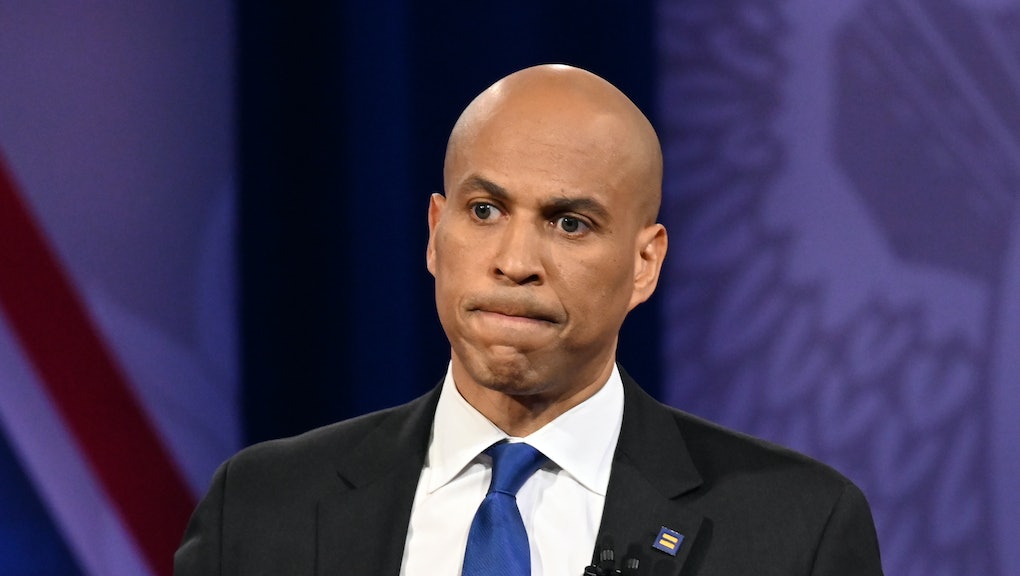 Cory Booker suspends his 2020 campaign, leaving Democrats without their champion of unity

In a characteristically upbeat video, New Jersey Sen. Cory Booker on Monday announced that he is suspending his 2020 presidential campaign. Booker had maintained a message of positivity and unity throughout his run, launching his campaign last February with the slogan "We will rise." He built his candidacy on the principles of criminal justice reform and racial justice and put forth a signature proposal to create "baby bonds" to combat systemic inequality.

"It is with a full heart that I share this news," Booker wrote on Twitter in a note accompanying his video message.

Booker first rose to prominence as the mayor of Newark, New Jersey, and repeatedly touted his background on the campaign trail. His tenure as Newark's chief executive was mixed, though Booker often pointed to new business and growth in Newark as well as his prioritization of education reform as evidence of his successes. Since joining the Senate in 2013, Booker has been one of the more progressive lawmakers in the chamber, pioneering bills on criminal justice reform, weed legalization, and reparations.

Above all, though, his presence in the presidential race was one of unity and common understanding — if not outright love. During the Democratic primary debate in October, Booker "admonished his rivals for launching 'personal attacks'" against one another, CNN noted, and repeatedly called attention to the fact that the goal is to beat President Trump, not each other.

In November's debate, his buzziest moment came at the expense of Vice President Joe Biden, who came out against legalizing marijuana. But even such an "attack" from Booker was couched in debate zinger language, as the senator said with a laugh, "I thought you might've been high when you said it." In the same debate, he apologized to Massachusetts Sen. Elizabeth Warren before calling her wealth tax "cumbersome" — hardly the harshest of language that has been directed at Warren's signature proposal.

Booker's most ambitious, standout idea was his proposal to establish "baby bonds" for every newborn in America. Each infant would be provided with a savings account of $1,000; the government would make deposits annually to that account based on the child's family's income. The money would be sealed until the person turned 18, and would largely be restricted to use on education or housing. “It would be a dramatic change in our country to have low-income people break out of generational poverty,” Booker told Vox in October about the plan.

But in the end, Booker's message failed to resonate with any significant chunk of the Democratic electorate. He did not qualify for the December debate, falling short of the polling threshold, and would not have appeared at this month's debate Tuesday in Iowa. As of Monday, he was polling at less than 2% in the national polling average.

The Atlantic attributed part of Booker's struggles to his reluctance to define himself in contrast to his competitors. While he leans progressive, he doesn't have near the same left-wing bona fides as Warren or Vermont Sen. Bernie Sanders, and he displayed " an unwillingness to stand up for what he once believed," The Atlantic wrote. His failure to take up the "pro-business," "Clintonian" liberal mantle left the door open for Pete Buttigieg, the former mayor of South Bend, Indiana, The Atlantic argued. Buttigieg is now clustered at the top of tight races in the first-in-the-nation states of Iowa and New Hampshire.

It's possible Booker dropped out now in the hopes of earning a Cabinet position, or even a long-shot vice presidential nod. He pledged to campaign heartily for the eventual Democratic nominee in announcing his exit from the race, and said he'd help support down-ballot Democrats as well. In the meantime, he'll run for re-election to the Senate in 2020.

"Campaigning over this last year has been one of the most meaningful experiences of my life," Booker said in his video Monday. "Meeting people across this country who believe, who know, that we may have challenges right now in our nation — but together we will rise."