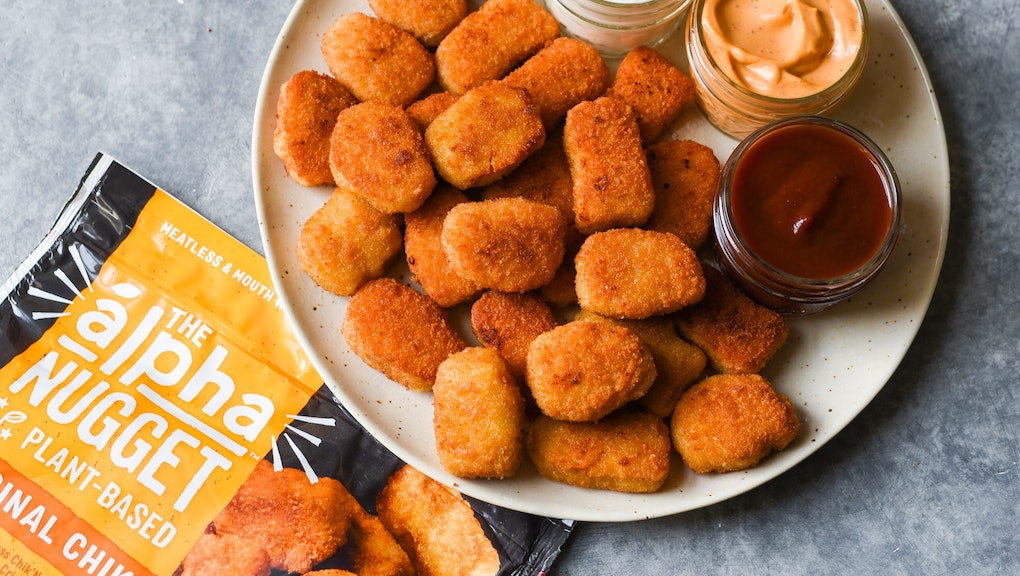 Could "chickenflation" tilt America toward a more plant-based diet?

As the U.S. economy sighs and groans under the weight of a relentless pandemic, a less threatening yet totally viable crisis is quietly looming: “Chickenflation.” Apparently, the cost of chicken is skyrocketing at a pace we’ve never seen before and Alpha Foods, a company that makes faux meat, has the solution: For every penny the cost of chicken rises, they are dropping the cost of their Chik’n (a plant-based alternative). But will it really change the way we eat or is it just a cute marketing scheme?

First of all, if you haven’t heard of “chickenflation,” that’s because it’s a made-up word that Alpha Foods is using to describe the rising cost of poultry prices. To be fair, the cost of chicken is actually rising. For example, chicken wing prices have surged from $1.50 per pound to between $3 and $4 in most parts of the country during the past year, and some experts are predicting mass wing shortages by February.

Why is this happening? Well, some chicken industry insiders are citing underperforming roosters. Apparently, some of the nation’s biggest chicken industry heavy hitters invested in a new rooster breed that is not meeting expectations, meaning they aren’t fertilizing enough eggs (to make enough chickens) to meet industry demand. “We made a bad decision,” Donnie King, president of Tyson’s poultry business, told the NY Post.

Blaming these poor roosters seems a little sus. Maybe they are actually unable to get it up on command. Perhaps they're just sick of being used and this is instead something of a cock strike, if you will (this is a great idea for a movie. Pixar, call me).

This chicken shortage comes at a bad time because, in case you hadn’t noticed, the chicken sandwich war is still raging. Just this morning, fast food chain Bojangles announced that it's adding its own contender for our chicken sandwich obsession consideration.

Last week, in honor of National Chicken Wing Day, Alpha launched a (legitimately hilarious) website to monitor the chickenflation situation, and to inform us that they’re dropping prices on their Chik’n chicken nuggets in direct proportion to the rising cost of chicken in real time. Customers can print out a coupon that changes based on the market price for chicken each week or you can purchase “Chickenflation Boxes” that will be delivered right to your door.

"In the past few months, chicken prices have skyrocketed, leaving consumers looking for alternative options. By lowering the price of our plant-based chik'n products in-line with chickenflation, we're encouraging people to try something new, without the pressure of changing their entire diet,” Kierstin De West, chief marketing officer at Alpha, told Yahoo.

Each Chickenflation Box contains about six pounds of Crispy Chik’n Nuggets and Crispy Chik’n Burgers and currently costs $42.29. This whole debacle creates a sort of conundrum for animal lovers like me — of course I want roosters to have happy, healthy sex drives, but their underperformance is making faux meat cheaper and real meat less expensive. Does that mean more people will go meatless?

Probably not. Meat alternatives are notoriously pricey, and while the cost of food does play into our dietary choices, I haven’t found empirical data that suggests that people really want to go veg and simply can’t afford to. A staffer here at Mic told me that she would eat real chicken regardless of price because she just likes chicken and is generally wary of the sodium levels of processed alternative meats. In fact, research shows that most people go vegetarian for health reasons. Sigh.

Still, there may be a few fake meat-curious folks out there who could be swayed by the rising value of chicken boners and subsequently dropping price of faux meat, right? And then we can all, as Alpha’s website encourages, spare the roosters and enjoy some plant-based chik’n at an uninflated price.