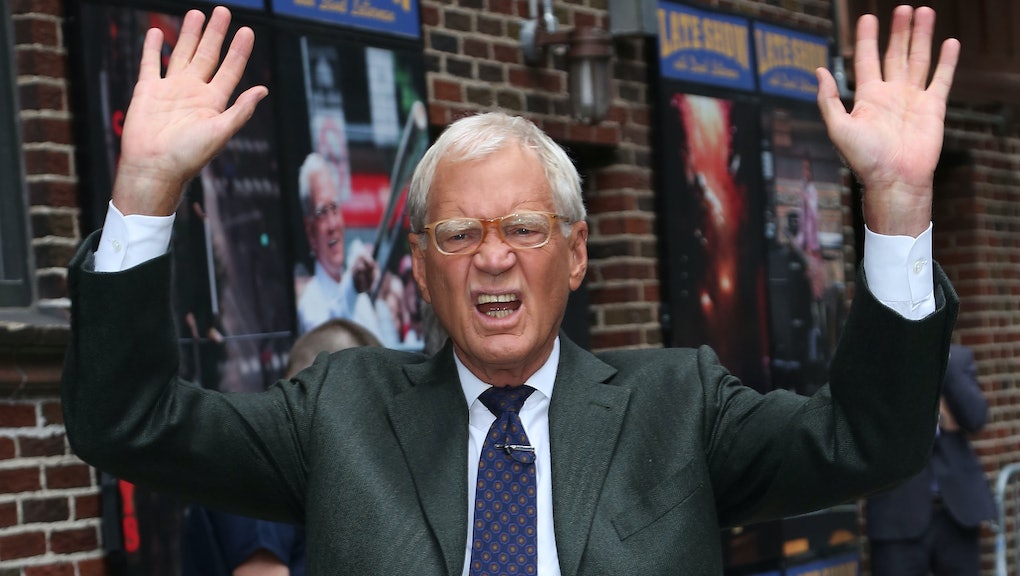 David Letterman has always been a creep toward women

The internet has lately been realizing what Cher told David Letterman to his face way back in 1986: the longtime Late Show host could be an asshole to his guests — especially the ones who are women. The release of Framing Britney Spears recently ignited a national conversation about misogyny in the media. After people got done excoriating Justin Timberlake for his transgressions against Spears, the discourse shifted to other wronged starlets of the aughts. “This Lindsay Lohan interview on David Letterman in 2013 is horrifying to watch now,” tweeted journalist Trey Taylor. The clip in question features the host needling the actress about her struggles with addiction. She volleys his invasive antics with admirable poise, but it’s deeply uncomfortable to watch.

Sympathy for Lohan soon extended to Paris Hilton, who appeared on The Late Show in 2007 to promote a new perfume, but all Letterman wanted to talk about was her recent stint in jail. He questions her in minute detail: what did Hilton eat for breakfast, lunch, and dinner in “the slammer?” (Hard-boiled eggs and mystery meat, the reality star replies.) How did Nicole Richie get away with spending just 45 minutes in jail while she got 45 days? (She doesn’t know.)

Hilton pleads with him to broach another subject. “I’ve moved on with my life, so I don’t really want to talk about it anymore,” she says. “You know, this is where you and I are different, because this is all I want to talk about,” Letterman replies as the audience screams with laughter. In hindsight, many saw the exchange as a clear example of him bullying a young woman.

The latest old clip to surface of Letterman acting… weird around a woman is particularly cringeworthy. Jennifer Aniston was a guest on The Late Show in 1998 while doing press for her film The Object of My Affection. The actress kicked things off by telling Letterman he makes her nervous. “I love you but I fear you," she said.

Things took an icky turn when the Friends actress told a story about female fans recognizing her in a sauna, and Letterman fixated on whether everybody was “naked,” repeating the word gratuitously. Then, the host told her he wanted to “try something” and approached her from behind, wrapping his hand around her neck and reaching his lips toward her neck. The actress screamed, startling Letterman momentarily, but then he grabbed a strand of her hair and sucked on it. Aniston pointed out audience members covering their mouths in shock.

Letterman’s fans long shrugged off the criticism that he was “too mean” by arguing it’s what made him stand out in a sea of overly nice talk show hosts. They say he furthered the discourse by refusing to play along with starlets’ image-rehabilitation efforts. But we’re now starting to understand how damaging casual cruelty and misogyny in the name of entertainment was — not only for the women who were famous in this era, but for those who came of age then, too.

The Lohan, Hilton, and Aniston interviews weren't the only times Letterman was a jerk to famous women. There are also these examples:

When Cher infamously called Letterman an asshole in 1986, she did so while teasing the newbie host. He's visibly nervous and clumsily started the interview by telling Cher she smelled nice. The icon responded, "Is this as good as it gets?" Later, Letterman laments to her that people secretly think he's a creep. Secretly?

Letterman ridiculed Shirley MacLaine's belief in past lives during a 1988 interview, and the actress quipped: “Maybe Cher was right. Maybe you are an asshole."

It's honestly pretty sad watching Farrah Fawcett's 1992 appearance, where she's clearly not quite herself. She has trouble following Letterman's line of questioning, which turns ruthlessly deadpan at her expense until Fawcett finally cries, "You're making fun of me!" Yes, he was. The actress, who died of cancer in 2009, said years later that her behavior on the show was a "performance."

The moment Madonna sat down for their 1994 interview, Letterman pressured the singer to go kiss a random guy in the audience. She responded by asking why he was so obsessed with her sex life and called him a "sick fuck."

When Janet Jackson was on Letterman's show following the "nipplegate" scandal at the 2004 Super Bowl, the first comment the host made to the singer was about her breasts. Pointing to her low-cut dress, Letterman remarked, "Now that's almost malfunctioning, isn't it?" Then he fell back on an old favorite: telling Jackson she smelled nice and noting that he "appreciates that in a guest." Weird.

"How did this become about my piercings?" Christina Aguilera lamented in 2004, when Letterman's line of questioning fixated on her piercings in "special areas." He treated the singer like a sideshow act or an object. The interview was cringeworthy both then and now.

It's hard to watch this parade of misogyny and belittlement without anticipating there's some sort of Letterman reckoning brewing. He's not on the airwaves every night anymore, but he still hosts a (far more subdued) talk show for Netflix.

Perhaps it's a hopeful sign of the times that CBS replaced him with Stephen Colbert, who shed his faux-conservative alter ego and morphed into one of late-night television’s most genial hosts. Can you imagine Colbert, for example, interrogating a star like Demi Lovato about her struggle with sobriety? The one time she’s been on the show, they discussed the hotness of Barney, the purple dinosaur. Now that's entertainment.