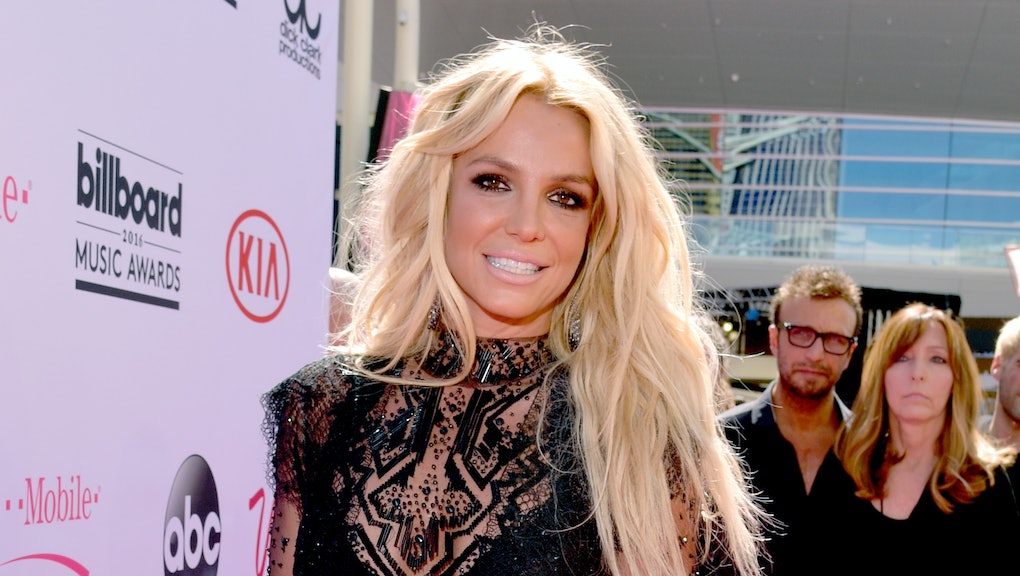 The way we heckled women who were messy in public in the 1990s and early 2000s is painfully embarrassing with 20-odd years of hindsight. Case in point: late night circa 1998 couldn't get enough of the Monica Lewinsky blowjob yuks. But her situation as a 22-year-old intern whose boss lied about carrying on an affair with her scans far differently in the post-#MeToo era. Similarly, the way tabloids gleefully harassed Britney Spears in her darkest days, cashing in on the pain of her 2007 custody battle, would never fly today. This was before we talked about mental health publicly, and those photos of a hounded pop star shaving her own head to reclaim a tiny bit of control are devastating to look at in 2021.

Pop culture periodically revisits how poorly we mistreated famous women. The 2017 film I, Tonya was an empathetic look at the trauma Harding, as an Olympic figure skater, endured from classism and years of physical and emotional abuse. Most recently, The New York Times and FX on Hulu did a deep dive on the series of events that landed Spears in a restrictive conservatorship controlled by her father. Framing Britney Spears lends legitimacy to the #FreeBritney movement that’s been lobbying for her autonomy in recent years. But the documentary also highlights how comfortable powerful figures were with “punching down” at Spears when she was most vulnerable.

Framing Britney Spears hammers home how little autonomy Spears had over her image, despite being one of the most preternaturally talented performers in pop music. In the early 2000s, reporters shamelessly ask whether she’s a virgin, and she shyly replies she’s waiting until marriage. The documentary juxtaposes that with her ex Justin Timberlake bragging about "[getting] into her pants" on the radio and on the cover of Details. He also slut-shamed her with the music video for “Cry Me a River,” the single that launched his solo career.

Then there are the interviewers who drove Spears to tears with their cruel lines of questioning. Diane Sawyer is getting heat for an old ABC interview where she accuses the pop singer of corrupting children and quotes the First Lady of Maryland, who said she wishes she could “shoot Britney Spears.” The star is understandably horrified by this threat, but Sawyer doubles down. A few years later, none other than since-disgraced former NBC host Matt Lauer labels her a bad mother when she’s photographed driving away from aggressive paparazzi with her young son on her lap. Spears seems to shrink on camera in both interviews.

In the wake of all this reflecting on how we wronged women like Spears, a Craig Ferguson Late Late Show monologue from February 2007 has resurfaced and gone viral, where he pledges not to make jokes at the pop star’s expense. “The kind of weekend she had — she was checking in and out of rehab, she was shaving her head, getting tattoos — that’s what she was doing this weekend. This Sunday, I was 15 years sober,” the late-night host said. “But what she’s going through [...] reminds me of where I was 15 years ago, when I was living like that.”

The golden rule of ethical comedy might’ve been most eloquently put by George Carlin during a 1990 interview with Larry King: “Comedy has traditionally picked on people in power, people who abuse their power,” said the legendary stand-up. “Women and gays and immigrants, to my way of thinking, are underdogs.” For context, Carlin was specifically criticizing comic Andrew Dice Clay for his jokes belittling these groups. “I think his core audience is young white males who are threatened by these groups,” he noted. “I think a lot of these guys aren’t sure of their manhood... and the [people] who assert themselves and that are competent are a threat to these men.”

Thankfully, society has evolved a lot in the last decade-and-change. Social media restored an immense amount of power to celebrities to control their image. The way we talk about mental illness, substance abuse, misogyny, and so many other sensitive issues has changed dramatically. We owe Spears a great debt for her role in furthering that conversation and normalizing what it’s like to struggle in the public gaze. Just look at Demi Lovato, who’s been embraced for being transparent about her struggle with addiction. Or Selena Gomez, who shared her bipolar disorder diagnosis last year and advocates for mental health awareness.

Spears’s next conservatorship hearing is February 11. Maybe it’s a long shot, but here’s hoping the swell of support for #FreeBritney, including from stars like Sarah Jessica Parker, Miley Cyrus, and Bette Midler, will sway the courts in some way. A world where kindness dominates the discourse and Spears is free to chart her own future? Gimme more.