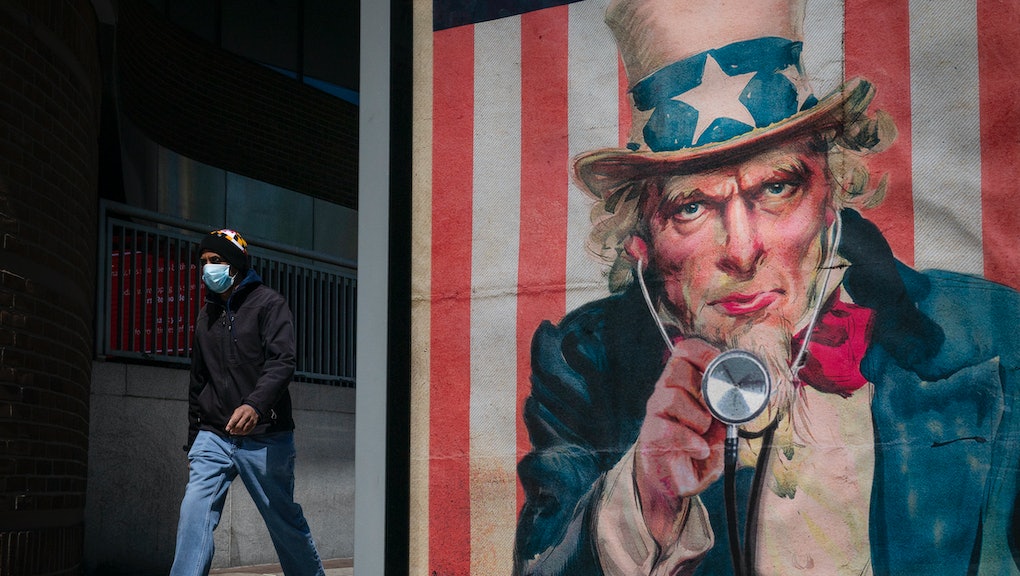 Perhaps you've already gotten your coronavirus stimulus check; perhaps you're anxiously refreshing your bank account homepage to see if the funds have been deposited yet. Perhaps you're waiting for the president put his big ol' signature on the paper checks that will be mailed out ... well, sometime. Whatever the case may be, congressional Democrats are starting to get serious about the possibility of making the stimulus money more than just a one-time deal.

This week, Reps. Tim Ryan (Ohio) and Ro Khanna (Calif.) introduced the Emergency Money for the People Act, which would ensure that qualifying Americans over the age of 16 continue to get relief funds of $2,000 per month until the country's astronomically high unemployment numbers return to their pre-pandemic levels.

Joining the call for regular emergency fund payments was Minnesota Rep. Ilhan Omar, who tweeted her support for the idea, if not her colleagues'bill itself, on Wednesday morning.

"A one-time, $1200 check isn’t going to cut it," Khanna said in a press release accompanying the introduction of his bill. “Americans need sustained cash infusions for the duration of this crisis in order to come out on the other side alive, healthy, and ready to get back to work."

"Members on both sides of the aisle are finally coming together around the idea of sending money out to people," Khanna continued. "Rep. Ryan and I are urging leadership to include this bill in the fourth COVID relief package to truly support the American working class."

Earlier this month, House Speaker Nancy Pelosi suggested that another round of stimulus payments — including direct supplemental funds to individuals — might be necessary, telling CNBC's Jim Cramer that "right now, I think that we have a good model. It was bipartisan, it was signed by the president, but it’s not enough."

According to a recent survey from financial planning company SimplyWise, nearly two-thirds of Americans anticipate needing a second infusion of funds within three months. Thirty-one percent of respondents to a separate survey from financial planning company Bankrate said the $1,200 supplemental money wouldn't be enough to keep them going for a single month, let alone indefinitely.

More like this
Guess how much Trump's companies made during his presidency!
By Rafi Schwartz
So weird how Sean Hannity is super into the vaccine now
By Vanessa Taylor
The Frito-Lay workers' strike has revealed some horrifying working conditions
By Vanessa Taylor
Stay up to date