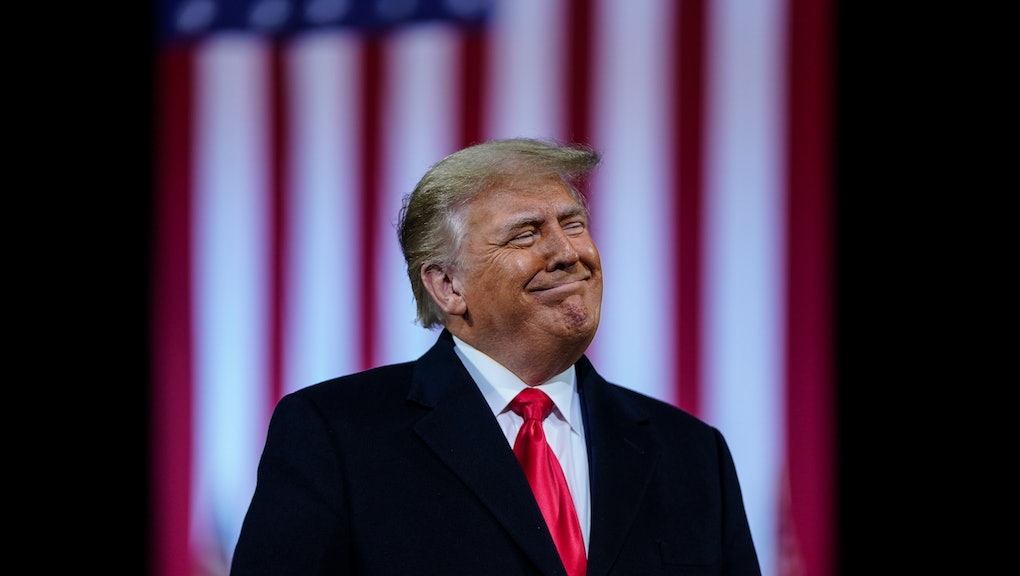 One of the last times former President Donald Trump was in the proximity of Capitol Hill, he whipped a mob of his most ardently reality-adverse supporters into such a rabid frenzy that they stormed the halls of congress, tried to find and lynch the Vice President, and brought the country frighteningly close to a fully successful coup.

Now, just over one month after Trump's failed insurrection left at least five people dead and dozens — if not hundreds — more injured, congressional Democrats have invited the former president back to Washington (if he'd like) to answer for himself during his historic second impeachment trial.

"Two days ago, you filed an Answer in which you denied many factual allegations set forth in the article of impeachment," House Impeachment Manager Rep. Jamie Raskin (D-Md.) wrote in a letter addressed to Trump and his newly named attorneys. "You have thus attempted to put critical facts at issue notwithstanding the clear and overwhelming evidence of your constitutional offense."

In light of your disputing these factual allegations, I write to invite you to provide testimony under oath, either before or during the Senate impeachment trial, concerning your conduct on January 6, 2021. We would propose that you provide your testimony (of course including cross-examination) as early as Monday, February 8, 2021, and not later than Thursday, February 11, 2021.

Couched in the formal language of Washington, Raskin's letter is essentially a not-so-subtle threat to the former president: Put your money where your mouth is and come testify, unless you're too afraid, doofus.

If Trump doesn't agree to testify — which Raskin graciously reminds him can be done "at a mutually convenient time and place" — Democrats may, per the letter, "reserve any and all rights, including the right to establish at trial that your refusal to testify supports a strong adverse inference regarding your actions (and inaction) on January 6, 2021."

Left unspoken, however, is the threat of a congressional subpoena to compel Trump's testimony, whether he wants to give it or not. And make no mistake, much as Trump relishes his time in the spotlight, convincing — or forcing if necessary — him to testify under oath would be a major coup for the Democrats. Consider that one of the last times the former president was forced to give court testimony (during a libel case he'd filed, as it so happens), he wound up admitting at least 30 times that he had lied about various assertions he made in regards to the suit. It's easy to imagine an under-oath Trump either admitting his lies and culpability for the events of Jan. 6, or lying in his statement, in which case — uh oh, that's another crime right there.

While it seems unlikely that Senate Republicans will join with their Democratic colleagues in enough numbers to actually convict the former president, putting Trump on the stand would likely go a long way toward making glaringly, unambiguously, unavoidably clear just how culpable the former president really is for the attempted coup we all saw him launch.