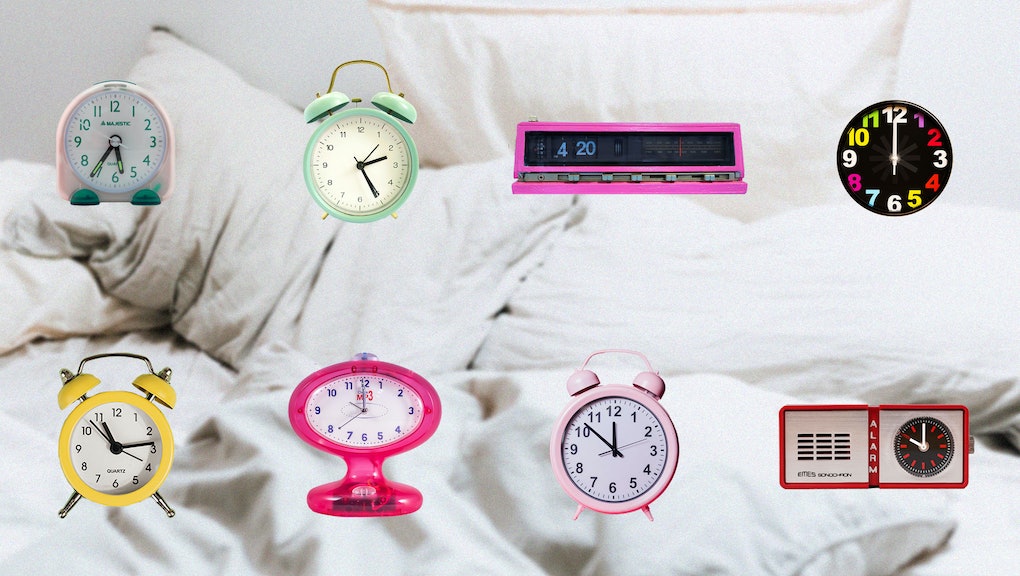 Didn’t get enough sleep? Here's how to survive the day, according to doctors

Everyone has had problems sleeping this year. It makes sense, what with the global pandemic, the election, and our collectively growing awareness of police brutality and all. There’s tons of advice out there about how to get to sleep, but what do you do when you just cannot and now it’s morning and you have to do your whole day? Experts give us their best tips on how to deal when you didn’t get enough sleep.

When I haven’t slept enough, nothing really seems more appealing than doughnuts. They feel like a treat, they pair well with coffee, and they give you a seemingly instant sugar rush. What could go wrong? Well, the experts I spoke with agreed that staying away from sugar is one of the best things you can do to stay sane when you haven’t had enough sleep.

“When you eat something with a lot of sugar, your blood glucose levels fluctuate rapidly,” says Chelsie Rohrscheib, a neuroscientist who specializes in sleep science in Michigan. When your blood sugar goes up and down quickly, she explains, it can make you feel sluggish and fatigued, which is definitely not how you want to feel when you’re already sleepy. Plus, not getting enough sleep can disrupt your blood sugar levels, anyways, so you’re already working at a deficit.

The other thing is that because your body is working with little rest, you don’t want to tax your energy, and metabolizing sugar asks the body to do a lot of work. “Eating lighter clean meals is key to not have the body expend additional energy to digest,” says Kien Vuu, a Los Angeles-based physician, professor of health sciences at UCLA, and author of the recent book, Thrive State: Your Blueprint for Optimal Health, Longevity, and Peak Performance. Vuu says that sugar should be avoided because it is an inflammatory stimulant, which means that, yes, it does give you a little boost, but it also causes inflammation in the body, which can make the comedown literally depressing.

So while a plate of pancakes at your favorite greasy spoon may seem like fun after an all-nighter, it’s actually the worst thing you can do to feel better. Avoid eating sugar or anything else that will spike blood sugar, says Rohrscheib, because you just don’t need those physiological ups and downs when you aren’t at your peak. That includes doughnuts, pancakes, and basically anything that has sugar or is high in carbs. Ugh. If it feels like punishment to avoid your favorite comfort foods when you already didn’t sleep enough, I am right there with you. Choose lettuce, I guess.

Be strategic in your caffeine consumption

Look, friends, you can trust me. Even if every scientific study said it was bad — which they emphatically do not — I would never try to take coffee away from you. But if you haven’t had enough sleep, you are going to have to be strategic about your caffeine consumption. “Lack of sleep raises cortisol and disrupts other hormones in the body,” says Vuu. Cortisol is widely described as “the stress hormone,” because your body produces it when it’s under any kind of stress, and caffeine increases cortisol production. Cortisol isn’t bad — you also produce it when you exercise — and your body makes more of it when you don’t sleep enough so that you can handle shit, but like most things, more isn’t necessarily better.

So, how do you consume the optimal amount of caffeine? Rohrscheib recommends drinking one strong cup of coffee about an hour after waking and having another dose — like a shot of espresso — during your mid-afternoon slump, usually around 2 or 3 pm.

Why the specific timing? Rohrscheib says that studies suggest that delaying your first cup of coffee by an hour or two helps your brain maximize the effects of the caffeine. And because caffeine takes about six hours to leave your system, you shouldn't reach for your next cup until early afternoon — when most people start to feel like they could use a nap — but you also want to drink it early enough that it doesn’t keep you up for another night, says Rohrscheib.

A day without sleep feels especially onerous when you don’t have time for a leisurely siesta, but like, who ever has time for that? Also, it turns out that this is another place to be strategic — nap a little or nap a lot, but do not nap an in between amount. “ Stick to either less than 20 minutes or to get in an entire sleep cycle of 90 minutes,” says Vuu. Anything in between and cause you to be more groggy waking up, he explains. Rohrscheib agrees. “Power napping is a fantastic way to reclaim some energy,” she says.

The jury’s out on working out

I am always confused about whether I should work out or not when I’m really tired. Cardio gives me energy for a couple hours, but sometimes I feel like I crash hard. It turns out that it’s not just me that’s confused, experts also don’t agree on whether you should work out on too little sleep or not, either. Vuu seems to think it might not be the best idea. Because cortisol again. You should try to limit physical, mental, and emotional stress — exercise is like controlled stress on the body — because the body is already producing higher levels of cortisol, Vuu says. That means skipping your workout or doing a very light workout. Vuu says that grounding techniques — like breathwork or meditation — may be more helpful.

Rohrscheib seems to disagree, ironically also because of cortisol levels. “When you start to feel sleepy at your desk, go for a short walk, or try standing instead of sitting,” she says. “The more activity you do, the more cortisol and adrenaline you'll release, which will keep you alert throughout the day.” Again, your body needs exactly the right amount of cortisol to feel energized without giving you the manic panic that leads to quick burnout, but it’s hard to tell whether you have too much cortisol in the short term, so if you do work out, take it easy and monitor your body’s response to activity. If it makes you feel like you have more energy, it’s probably okay today. If it makes you feel drained or you get anxious, it’s cool to take a day off of your beloved retro-futuristic Jazzercize class, I promise.

This article was originally published on May 6, 2021

More like this
Why TikTokers are chugging pineapple juice before wisdom tooth surgery
By Ian Kumamoto
'Nine Perfect Strangers' is a deranged portrait of psychedelic wellness retreats
By Erin Qualley
Could fresh air be the key to ending the pandemic?
By Melissa Pandika
Stay up to date