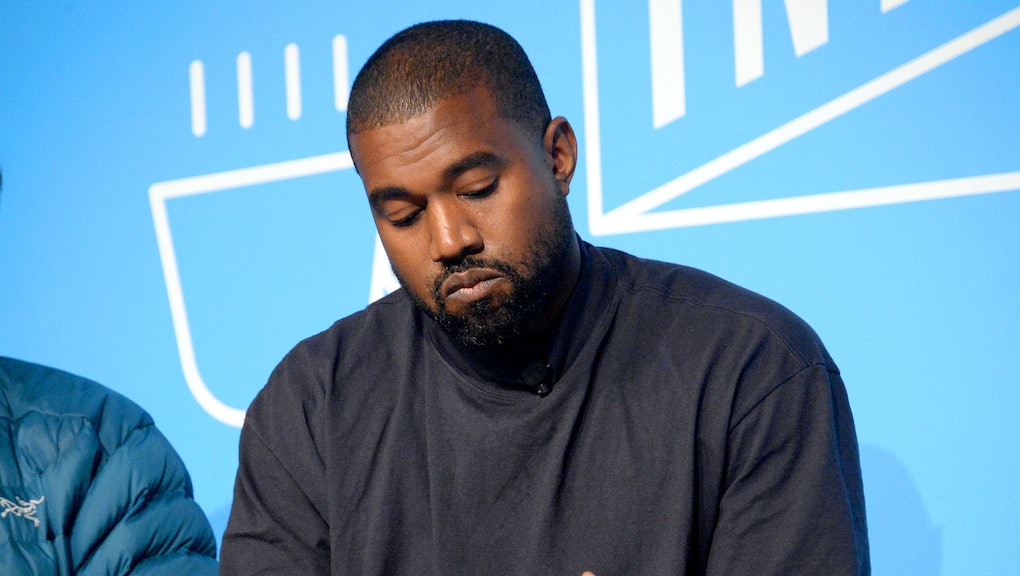 Does Kanye West deserve our "compassion and empathy"?

Kanye West has been at the center of a media whirlpool of his own making all month. First, he announced his aspirations to become president, on the 4th of July. Then, it seemed Ye’s dreams were dashed, since he missed the deadline to get on the ballot in many key states. But the megalomaniacal rapper and fashion mogul soldiered on, throwing a campaign rally in South Carolina on Sunday, where he spouted falsehoods about Harriet Tubman and told the crowd he and his wife, Kim Kardashian West, considered aborting their eldest daughter, North West.

It was a mess. West’s performance was fodder for the next day’s news cycle, then on Monday night, he began posting increasingly erratic and concerning tweets, most of which have since been deleted. He claimed his wife was trying to force him into treatment for mental illness against his will and said he was “trying to divorce” Kardashian West. He also branded his wife and her mother, Kris Jenner, white supremacists.

West was diagnosed with bipolar disorder in 2017. His condition's most well-known symptom — manic behavior — as they manifest in his celebrity persona, aren’t particularly new. His fans have become accustomed to the outbursts, the dubious rants, the all-caps tweetstorms. While the news cycle feeds off Ye’s hijinks (and it’s no mystery why: He’s a born performer with a keen sense of drama), I’d argue lots of people know better than to take these emotional outbursts to heart. Whether or not his third-party swing for the presidency could seriously throw the election is a matter of real debate, however, in a country still freshly skittish from the ascension of Donald Trump.

On Wednesday, Kardashian West broke her silence on her husband’s most recent round of headline-grabbing comments, asking the public to show “compassion and empathy” towards her husband. “As many of you know, Kanye has bi-polar disorder,” Kardashian West wrote. “Anyone who has this or has a loved one in their life who does, knows how incredibly complicated and painful it is to understand. I’ve never spoken publicly about how this has affected us at home because I am very protective of our children and Kanye’s right to privacy when it comes to his health.”

She noted a family is powerless to force their loved one to get help, unless the person is a minor, and that West has to want to engage in the process for it to be effective. He’s famously denounced taking medication for his bipolar disorder, ostensibly in service of his creativity. During a 2018 interview with the New York Times in Wyoming, West bragged he was “learning how to not be on meds,” adding, “I took one pill in the last seven days.”

Kardashian West’s statement on Wednesday continued: “I understand Kanye is subject to criticism because he is a public figure and his actions at times can cause strong opinions and emotions. He is a brilliant but complicated person, who on top of the pressures of being an artist and a black man, who experienced the painful loss of his mother, has to deal with the pressure and isolation that is heightened by his bi-polar disorder. Those who are close with Kanye know his heart and understand his words sometimes do not align with his intentions.”

Navigating how to feel or talk about all the West drama is really tricky: On one hand, there’s the impulse, highlighted in his wife’s letter, to hold the billionaire celebrity to a higher standard than others, because of the power and influence he wields. But the plea for understanding and softness from Kardashian West, who’s been the target of her husband’s vitriol herself lately, and from stars like Halsey, who’s been transparent about her own struggles with bipolar disorder, are potent, too.

There’s also been a call to ignore West’s behavior, to treat him like he’s a toddler acting out for attention. But that doesn’t seem realistic or compassionate. One thing this episode highlights is that we need better ways of talking more openly about psychiatric health, to gain a more nuanced understanding of how mental illness affects people of all walks of life. Right now, nothing about the media circus perpetuated by West’s latest episode is healing or productive. But it seems like that shouldn’t have to be the case.