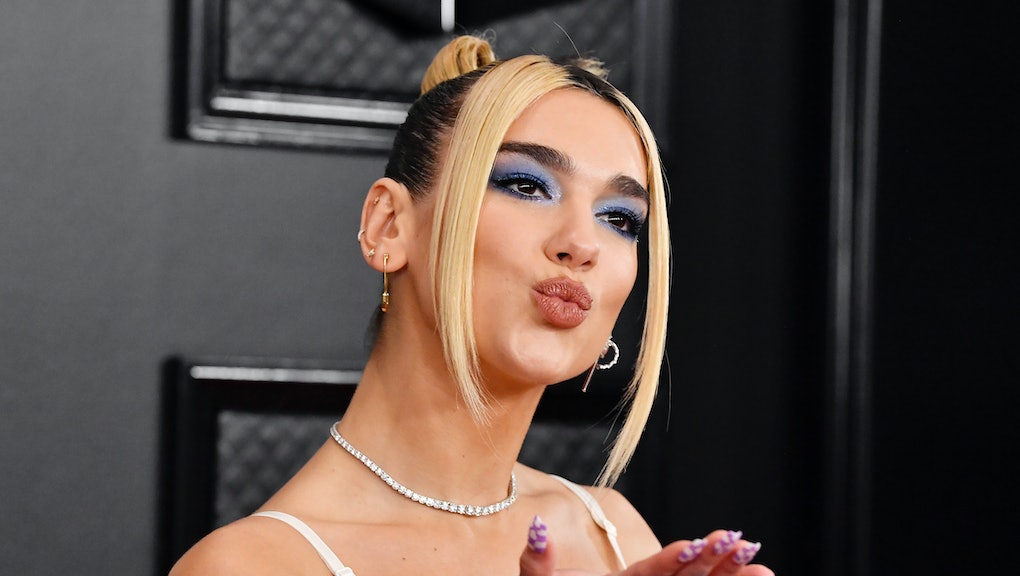 Dua Lipa has officially distanced herself from DaBaby

Their remix of "Levitating" has dominated the charts for almost a year, which is why Dua Lipa felt she needed to strongly condemn DaBaby for going on a homophobic rant at the Rolling Loud Festival in Miami. "I’m surprised and horrified at DaBaby’s comments," the pop star wrote in an Instagram story. "I really don’t recognize this as the person I worked with. I know my fans know where my heart lies and that I stand 100% with the LGBTQ community. We need to come together to fight the stigma and ignorance around HIV/AIDS."

In case you missed it, DaBaby walked onstage at Rolling Loud and chose chaos on Sunday. At one point, he called on the crowd to put their phone lights in the air and inexplicably singled out fans who "didn’t show up today with HIV/AIDS or any of them deadly sexually transmitted diseases that will make you die in two to three weeks." (To be clear, DaBaby is entirely wrong and has no clue what he's talking about.) Then he asked women with vaginas that "smell like water" and men who weren't performing fellatio in the parking lot to put their lights up.

Oh yeah, DaBaby also brought out Tory Lanez during his set, and the diminutive rapper emerged from a mascot costume. "I’ll give somebody out here a million dollars if they can guess who in here," he said before Lanez unmasked. That's a problem, because Megan Thee Stallion performed right before DaBaby at Rolling Loud, and she currently has a restraining order against the P.O.S. charged with shooting her last summer. Her team is concerned the cameo means Lanez violated that order. Happily though, in a move straight out of 2008, someone in the crowd threw a shoe at DaBaby for bringing Meg's assaulter onstage.

Anyhow, Lipa has no patience for people ignorant enough to attack the queer community. She told Attitude magazine she sees it as her "duty" to fight for the rights of her LGBTQ+ fans and admonish homophobia. "It’s entirely a right to be able to love who you want, not just because I have friends in the LGBTQ+ community, but because we’re all human and we deserve it. It’s something I feel very connected to and will continue to fight for," she said.

DaBaby sort of apologized for his tirade, for what it's worth. "Anybody who done ever been effected [sic] by AIDS/HIV y’all got the right to be upset," he tweeted. "What I said was insensitive even though I have no intentions on offending anybody. So my apologies. But the LGBT community… I ain’t trippin on y’all, do you. Y’all business is y’all business." Prior to walking back his comments, he'd doubled-down on some of his misguided claims: "I wasn’t going on no rant — that’s called a call-to-action," DaBaby said on Instagram Live. "Look. All the lights went up — gay or straight. You wanna know why? ’Cause even my gay fans don’t have fuckin’ AIDS." Groannnnn.

It feels safe to say Lipa won't be asking DaBaby to do another verse anytime soon. Her fans have been circulating a rework of "Levitating" that replaces him with a Megan Thee Stallion verse from "Fkn Around." It's incredible. Please, somebody start a petition for Dua to pull a Taylor Swift and re-record the track with Meg instead. We're here for it.