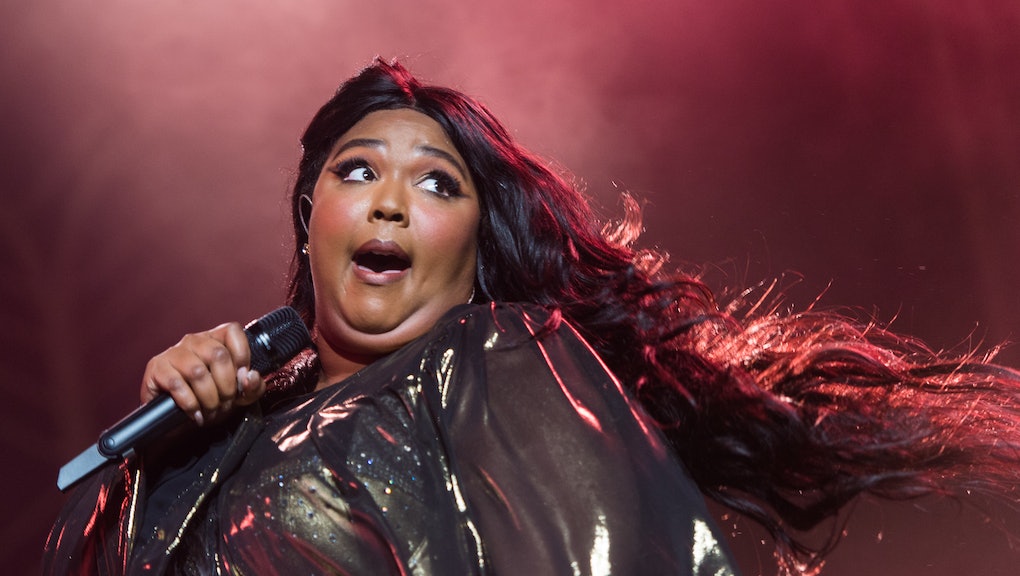 Facebook has a stern warning for the trolls who dared to bully Lizzo on its platforms: knock it out, or we'll kick you off. Sources at the social media behemoth told TMZ they've scrubbed a number of hateful comments left on the star's recent Facebook and Instagram posts. They'll keep tabs on vitriol directed her way going forward, and if users repeatedly go after Lizzo, they'll be suspended.

We're thrilled to see powerful people and entities sharply reprimand those who'd deign to direct fatphobic, racist abuse at Lizzo, whose music is a source of empowerment and joy for legions of fans. Cardi B came to her "Rumors" collaborator's fierce defense: "When you stand up for yourself they claim your problematic & sensitive. When you don’t they tear you apart until you crying like this. Whether you skinny, big, plastic, they going to always try to put their insecurities on you. Remember these are nerds looking at the popular table," she tweeted. Missy Elliot, Chloe Bailey, Jameela Jamil and a slew of other famous folks admonished Lizzo's haters, too.

At the same time, it's interesting to witness Facebook publicly rush to the defense of a Black artist, when less than a year ago, the platform still had a major bias problem when it came to detecting hate speech. You see, for a long time, Facebook (and Instagram) used a "race-blind" algorithm to suss out slurs, but that led to the platform being super-vigilant about censoring criticism of white people. Posts about racism would get flagged as racist speech, landing a whole lot of people of color in "Facebook jail." Meanwhile, the platform was accused of rarely taking action to shut down actual slurs, violent threats and harassment campaigns targeting Black users.

"Black people are punished on Facebook for speaking directly to the racism we have experienced," Seattle-based artist and anti-racism consultant Natasha Marin told USA Today in 2019. "For me as a black woman, this platform has allowed me to say and do things I wouldn’t otherwise be able to do. Facebook is also a place that has allowed things like death threats against me and my children. And Facebook is responsible for the fact that I am completely desensitized to the N-word."

To address the issue, Facebook announced a major overhaul of its content moderation algorithms in late 2020. The idea is to train the system to delete hate speech considered "the worst of the worst," according to company documents obtained by The Washington Post. That means slurs directed at Black people, Muslims, multi-racial individuals, the LGBTQ+ community and Jewish people. By assigning numerical scores to insults based on their perceived harm, Facebook aims to prioritize removing statements like "gay people are disgusting" over something like "men are pigs."

To bring it back to Lizzo: it's indisputably the right move for Facebook to take action on her behalf. The vitriol directed at her cruelly targeted her appearance and used racist stereotypes to accuse her of pandering to white fans. Famous or not, nobody should have to endure vicious bullying from strangers. Free speech will always be a thorny topic. But Facebook taking more responsibility for what it allows on the platform is a promising step in the right direction, even if it feels belated.

More like this
Britney Spears continues to reclaim her life, gets engaged to Sam Asghari
By Kara Weisenstein
Uma Thurman recounted her abortion as a teen in a powerful rebuke of the Texas law
By Kara Weisenstein
Megan Rapinoe, Nneka Ogwumike, and 500 more elite women athletes took a stand for abortion rights
By Keith Nelson Jr.
Stay up to date