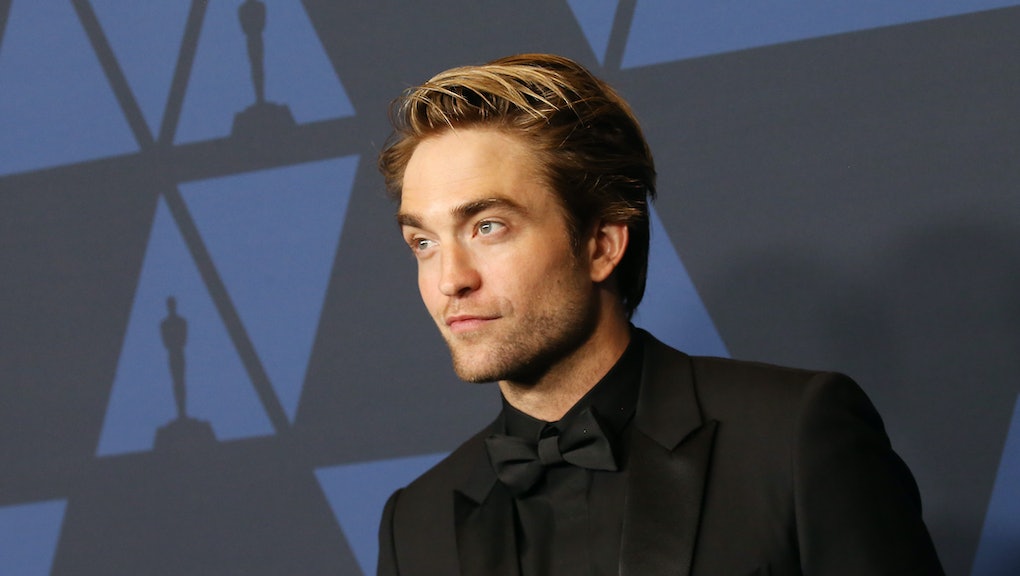 Somebody finally put Robert Pattinson in the Batman batsuit, and I couldn’t be more pleased. When it was announced that there was going to be another Batman movie, I let out a long breath of discontent. What more could be said about Batman, and anyway didn’t Ben Affleck swear he would never put that suit on again?

But then I learned that Affleck wouldn’t be reprising the role, thank goodness. It’s not that Affleck’s smug face couldn’t pull off the character of a “superhero” who uses his inherited wealth to become a caused-by-poverty crime-fighter who beat up mentally ill people. It’s just that it was very boring.

Blissfully, the DC universe is going in a different direction, with a cast that suggests at least one studio executive is familiar with bisexual fan pages from 2013 Tumblr. Robert Pattinson will be Batman, finally encased in a variation of the tight leather suit he’s been sketched in on fanart forums for the last decade. Zoe Kravitz is going to play Catwoman, a role so perfect for her it seems like there couldn’t be another choice. Kravitz prowling, flirting, thieving, and meowing? None of us deserve that. On Friday, Warner Bros. gave us the very first look at the new Batman, which is an upgrade in every way imaginable.

Robert Pattinson, for starters, was born to be put in an outfit that only allowed his jaw to show. That man’s jaw is all sharp edges and right angles, but it’d never hurt you, upon contact. His jaw carries the weight of an entire franchise now, one that has repeatedly failed to deliver box office winners or even just good movies. DC has been floundering for years, releasing movies that fail to inspire the kind of frenzied fan adoration that Marvel has cashed in on for 23 movies. Marvel’s Avengers has what DC’s Justice League could only ever dream of.

But it’s not just Pattinson’s jaw that was revealed in the Batsuit camera test. There was also the actual Batsuit, which unfortunately doesn’t feature the Batman Forever era nipples on the suit. If there was anyone in the world deserving of leather nipples, it’d be the guy who miserably played Edward Cullen for several years.

But, alas, there are no leather nipples. There is the classic bat insignia on the chest, which looks like it may be made out of a broken gun. According to fan theories posted online, the broken gun is from the mugger who killed Bruce Wayne’s parents as a child. This hasn’t been confirmed — the gun could be on his chest because director Matt Reeves knew I would like it. It could also be our first clue that the latest version of Batman is going to be incredibly violent — though Christian Bale already did the whole “outraged” Batman, so that’s kind of tired out

One thing is for certain, Robert Pattinson’s portrayal of Bruce Wayne will likely be some much-needed image repair for billionaires and the ultra-wealthy. In the real world, there’s no utility for someone who hoards their wealth and deals with the world’s problems on a case by case basis (Give us system-based solutions and pay your taxes!), but maybe in this new Batman, Robert Pattinson and his pelvic bone bruising jaw can show some grander purpose, at least for the citizens of Gotham. Unsure that Pattinson has what it takes to make wealthy people seem good? Have you seen his 2014 Dior Homme campaign? It features Pattinson’s jaw, and also his mouth and hands.

The Dior ad and the new Batman are probably tonally very different, but the teaser clip and the commercial both tell us something important: Pattinson’s Batman is going to be sexy. And I can’t wait to see more.