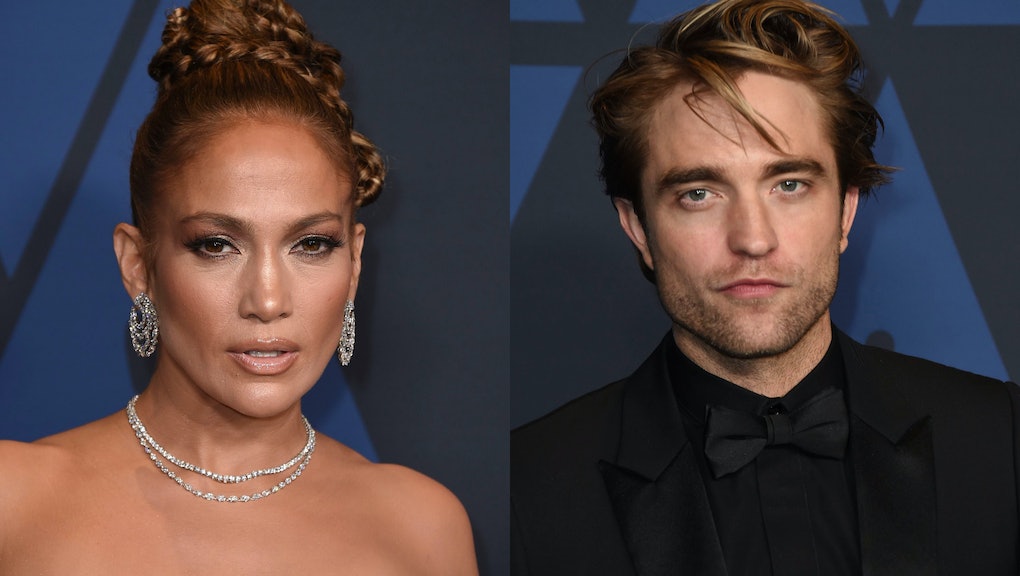 The most important part of the Robert Pattinson and Jennifer Lopez interview, unpacked

In a just world, we wouldn’t be forced to contend with photos of Robert Pattinson and Jennifer Lopez’s extremely perfect bone structure in the same photo. It is simply too much beauty to be contained in one image. Before 2019, Lopez and Pattinson dominated different areas of fame, but after their turns in Hustlers and The Lighthouse, respectively, they became Oscar favorites. Variety decided to bring the two biggest actors of the year together for their “Actors on Actors” series for a conversation where a bubbling Lopez and a giggling Pattinson shared their insights on their craft.

In the thirty-minute discussion, there were plenty of interesting tidbits shared, but there were some absolute highlights. For instance, Lopez refers to Pattinson as Bobby, and Pattinson has always dreamed of portraying a ballerina. Intrigued? Me too. Here’s the exact exchange:

Pattinson: Something I was trying to find for years was to do a ballet movie. And then my agent was like, “Why? Do you know how to ballet?” I’m like, “No.”

Lopez: But why? Why, Bobby, tell us?! Is there something fascinating to you about the world of being a male ballet dancer?

Pattinson: I think there’s a ballerina inside me.

Lopez: Yeah, there’s a ballerina in there. It’s the dance.

Pattinson: I really wanted to do it.

The first question is, obviously, does Lopez know Pattinson well enough to call him Bobby? Do they have one of those secret celebrity friendships that have existed for ages outside the lens of paparazzi and adoring fans? Were they brunching together one day at some luxe, lowkey restaurant when Lopez began a sentence “So, Robert —” and then Pattinson stopped her, his hand haphazardly waving about as it tends to do, and said, “actually, call me Bobby?”

Probably not, based on the fact that, despite their charming natures, the rest of the interview seemed to indicate that they had never really crossed paths before, which makes more sense. It’s still fun to picture RPatz and JLo platonically bonding over mimosas and eggs benedict while draped in neutral-toned cashmere.

Does Robert Pattinson want to portray a ballet dancer? A graceful artist who dedicates their body to the passion that is dance? This question is, um, fascinating, especially if you were once so in love with Robert Pattison / Edward Cullen that you devoted your teenaged brain to googling how to be cast as the spawn known as “Renesme” for the fifth installment of the Twilight saga.

He says that he thinks “there’s a ballerina inside” him. But why? Does he have a love for contortion? Does he want to get inside the physicality of such a role? Is he curious about the tights? The shoes? What is it? Unfortunately, even though Lopez is a career-long dancer who once performed a seven-minute dance medley to open the American Music Awards, she didn’t deliver any of these follow-up questions. This is further evidence that they had met fifteen minutes before the cameras started rolling for their conversation.

Instead, the questions moved on to their other projects, which is obviously the professional way to conduct actor-on-actor interviews, but ultimately a little less, um, interesting. They spoke about taking on the challenges of their roles in Hustlers and The Lighthouse (they both politely implied that method actors are immature bullies), their upcoming gigs (Lopez is playing the Superbowl with Shakira, Pattinson is playing Batman), and the usual complimentary comments about the other’s filmography. The usual stuff.

But for a few brief moments, their exchange opened up a world of other curious possibilities, and for that, we must give thanks to Variety for bringing them together.