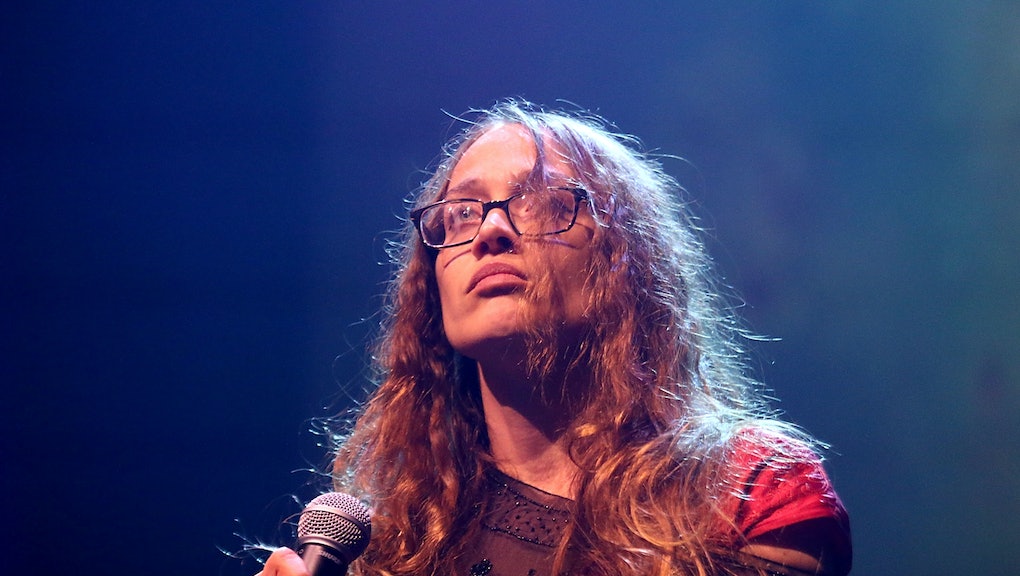 There was so much to be baffled by on Grammy nomination day, but Fiona Apple’s widely celebrated Fetch the Bolt Cutters missing out on Album of the Year ranked close to the top. Named by dozens of publications (including this one) as the year’s best, it felt like a mortal lock to earn a nod. In a new interview with The Guardian, Apple opens up about this year’s Grammys, and their revived interest in Lukasz “Dr. Luke” Gottwald.

Apple, who’s been a vocal critic of former Grammy president Neil Portnow, tore into the Grammys’ hypocrisy for prominently featuring Kesha’s “Praying” — a song ostensibly about her sustained sexual abuse allegations against Dr. Luke, which the producer has denied and countered with a defamation suit — just two years ago. Gottwald is back in the Grammys’ good graces in the Record of the Year category for producing Doja Cat’s “Say So,” but he’s credited under one of his many pseudonyms, Tyson Trax.

“They had [Kesha] up there singing “Praying,” and now they’re gonna go: “Oh but it’s Tyson Trax,” Apple said. She also zeroed in on ousted Recording Academy president Deborah Dugan, who alleged widespread abuse and corruption against prominent Grammy figures, including Portnow. “When you hire somebody and they raise questions and then they get fired? There’s a lot of things that she brought up that make it so that I can’t vet that situation and I don’t really wanna go there and support it,” Apple said.

She’s part of a historic slate of nominees in Best Rock Performance, the first time it's featured all women as nominees. But even this prompt brings Apple right back to the Kesha dilemma, and how it made her consider rallying the nominees to boycott. As we’ve learned from her other big award show speeches, she’d have something incredible planned in the event of a Grammy win:

“I keep going back to them putting Kesha on stage like, “We believe you”—and I believe her—then two years later, fucking Tyson Trax. Not to go back to that word, but it’s bullshit. The feeling of wanting to celebrate with these women was genuine. But I should have that feeling anyway. I don’t know if anybody who’s nominated can help having the thought: What would I do If I won? My vision was that I would just get up there with a sledgehammer and I wouldn’t say anything, I would take the Grammy and smash it into enough pieces to share and I would invite all the ladies up. My second thought was I wonder if I can get all these ladies to boycott this shit because of Dr Luke.”

Elsewhere, Apple expresses interest and support in what Taylor Swift is doing — re-recording her old songs to see how she’d approach them now. She's also kind of grateful to be spared from one of the most powerful fandoms, by missing out on a top Grammy nod:

“I am so on board for Taylor Swift re-recording her songs and I want them to outperform those old recordings. It’s nice to know that the Swifties [her fans] will make that happen. As much as the Swifties terrify me, I respect their power for doing good for her! I was so terrified that I was going to be nominated for [Grammys] album of the year along with Taylor Swift, I’m so relieved [I’m not] because I didn’t wanna get bullied!”