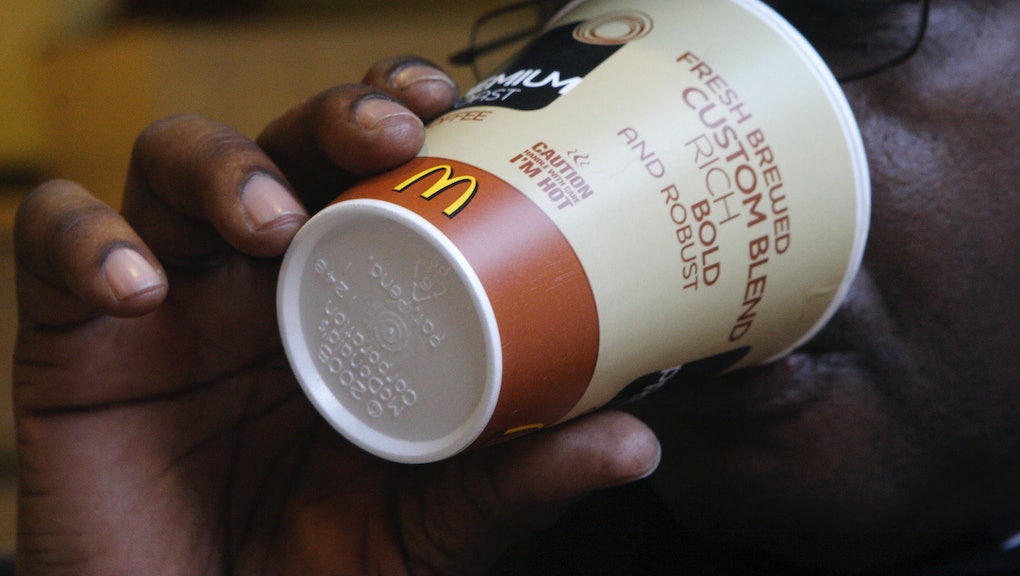 Ford and McDonald’s team up for coffee-based sustainability initiative

Coffee is an incredibly popular drink in the United States, but your coffee habit could be contributing to climate change. Two companies may be able to start making some good come from coffee waste, though. As part of a sustainability project, Ford will use McDonald's coffee bean husks to make car parts. It's just another way to cut back on plastic pollution in the environment.

On Wednesday, Ford announced its partnership with McDonalds in a press release. The company says it plans to use coffee chaff, or the dried skin of the bean, in order to make vehicle parts like headlamp housing. That will results in the cars being about 20 percent lighter while requiring 25 percent less energy during the molding process.

“McDonald’s commitment to innovation was impressive to us and matched our own forward-thinking vision and action for sustainability,” Debbie Mielewski, Ford senior technical leader, sustainability and emerging materials research team, said. “This has been a priority for Ford for over 20 years, and this is an example of jump starting the closed-loop economy, where different industries work together and exchange materials that otherwise would be side or waste products.”

You can take a look at the video here to learn a little more about the entire process.

In the fight against climate change, the automobile industry has come under a lot of scrutiny. In 2014, the Union of Concerned Scientists reported that cars and trucks account for nearly one-fifth of all U.S. emissions. That's before you even get into the pollution that comes from making cars.

Take the use of plastic, for example. That's a great thing for manufacturers to start eliminating from cars because it is such a huge issue for the environment. The process of extracting and transporting fossil fuels to make plastic can create greenhouse gases, damage forests, and more.

Ford isn't completely new to sustainability. The company was the first automaker to use soybean-based foam for seats and headliners. Ford has also tried to only use recycled or renewable plastics in its vehicles globally.

Anyone who's been inside a fast food spot has seen the waste they produce, so it's important for them to get on board, too. Last month, McDonalds unveiled two new sustainability initiatives. Both projects were aimed at renewable energy, with one using solar and the other wind, with hopes that the projects could power 2,500 McDonalds restaurants.

“Like McDonald’s, Ford is committed to minimizing waste and we’re always looking for innovative ways to further that goal,” Ian Olson, senior director, global sustainability, McDonald’s, said of the partnership. “By finding a way to use coffee chaff as a resource, we are elevating how companies together can increase participation in the closed-loop economy.”