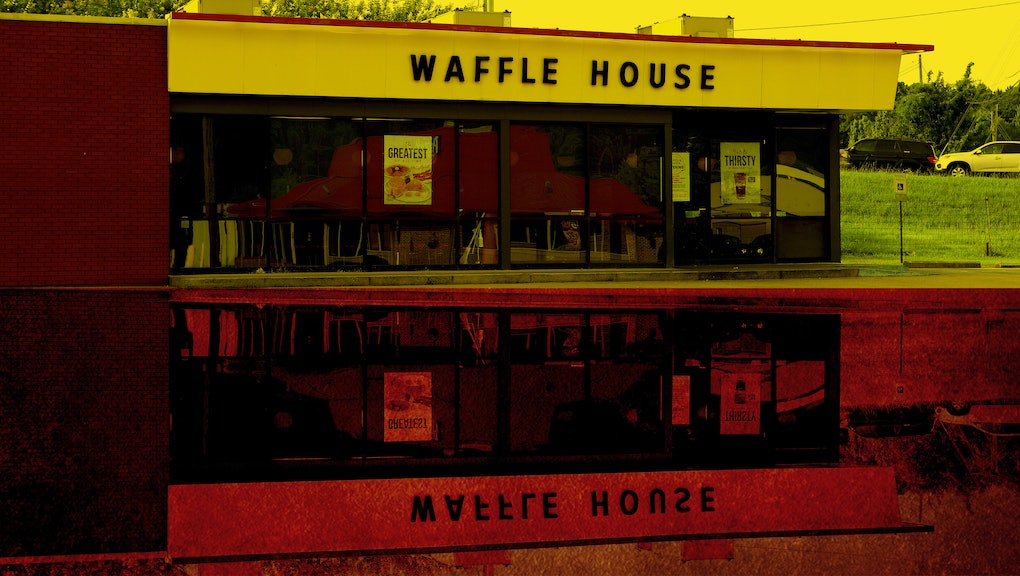 From high-end to Waffle House, why do some restaurants just feel racist?

Let’s be honest: Much of American culture has this strange gray area where things like bronze statues in town squares and formal names for tiny states come across as fairly innocuous at first glance — but when you trace their origins, they are most certainly not. The same goes for the eateries we patronize. As we move through what feels like a much needed second Civil Rights movement (a.k.a. A racial reckoning pushed over the edge by the police killings of George Floyd and Breonna Taylor), it’s time we reevaluate why certain beloved restaurants either have a racist vibe.

Black people have been leaders in American cuisine since the inception of this country, while we have only been officially free in this country for about 157 years. So the link between enslaved chefs and American Cuisine is impossible to separate. Any menu that has jambalaya, okra, or gumbo on it has a dish that was invented by someone who was enslaved.

The problem is now, some people (hey Paula Deen) are still romanticizing that time in history where a Black man wearing a white smock — who wasn’t paid or free to go home to his family, for that matter — and serving white folk. And sometimes, the ugliness of slavery when it comes to our dinner plate is strategically shrouded. To me (or anyone with some type of racial awareness), the racism is pretty obvious.

Take Cracker Barrel, for instance. With more than 660 stores, the Cracker Barrel franchise has the aesthetic of a general store from the 1800s, even though founder Dan Evans created the restaurant chain in 1969. That timing seems sort weird, to me at least, because a year prior, the Fair Housing Act of 1968 ended legal discrimination concerning the sale, rental, and financing of housing based on race, religion, national origin, or sex. This legislation was a follow-up to the Civil Rights Act of 1964, which was a huge step forward for minorities everywhere in America.

The idea that a white man would decide, at that moment, to open a restaurant that teleports you back to a time when Black people couldn’t vote reminds me of when several movies about slavery came out once Barack Obama was elected president of the United States. Feeling nostalgic, were we?

A recent viral tweet that sparked the idea for this story asked, “Y’all ever walk in a place that just FEELS racist?” Responses tumbled in, an overwhelming number of them naming Cracker Barrel (it caused the restaurant’s name to trend on Twitter). Though a lot of the tweets shared my opinion of its uncomfortably vintage ambiance, its shabby chic decor, and Civil War-era sabers and rifles mounted on the wall, while others pointed out its purported history of discrimination.

In 2015, Cracker Barrel settled a lawsuit over a myriad of alleged discriminatory practices such as segregating customers by race, seating white customers before Black customers who arrived earlier, and allowing white servers to refuse to wait on Black customers.

There are several restaurants that exist in this gray area of innocent-yet-not-so-much. Think about those all those 50s diners drenched in that sock-hop aesthetic. While the sets of Mad Men did have admirably chic design, restaurants chains such as Silver Diner, Johnny Rockets, and other ‘50s-themed diners feel very strange to patronize, as a Black person.

These places transport you back in time, with retro banquette seating, poodle skirts, and chrome jukeboxes playing “Respect” by Aretha Franklin or “Smile” by Nat King Cole, but they also naively gloss over the very uncomfortable fact that those same types of restaurants were known to segregate and deny service to Black people in the time period they actually existed.

At this point, you might be thinking “Joe, you’re taking restaurant culture too literally. There’s nothing wrong with eating at a vintage diner." I’m not saying that every old school diner should be shut down. What I am saying, however, is that America has a tendency to lionize the most racist pasts of our history without truly reckoning with what they actually were like for people who were not white or male.

Waffle House is another tricky one. The chain, which launched in 1955, is a popular short-order diner where you can get a side of poultry with your breakfast food after a late night out, as their locations are open 24-hours. Yet, from allegedly denying service to Black folk, to reportedly firing a white employee for being married to a Black man, their many lawsuits over the years reek of racism. No one should be confronted by glaring declarations of white supremacy while trying to enjoy a damn pancake.

Even if none of the above allegations are true, I feel like a place that experiences four racially motivated incidents over the course of 12 days should maybe think about what kind of environment their business is fostering. To add insult to injury, many who have been violent against Black Americans in the past at Waffle House locations have apparently been police.

We have diners in several locations in America still using the pejorative “Mammy” or worse as their name to this day. And that’s why I’m reevaluating which restaurants I set foot in now. That’s truly the point of thinking critically about all of this. If we don’t address the problematic fringes of American restaurant culture in a serious way, we will be burdened with the existence restaurants that ignorantly commemorate an era that yielded no rights at all for people like me.

Whether in look, feel, or action, America is littered with restaurants that have racist undertones, overtones, and ones that are just plain racist from top to bottom. It’s beginning to stink, so it’s time we took out the trash.

More like this
Racism and cocktail culture: The whitewashed history of your favorite drinks
By Joseph Lamour
What is facial recognition — and why is it so sinister?
By Vanessa Taylor
An ode to Ikea food, light of my post-vaccination life
By Joseph Lamour
Stay up to date