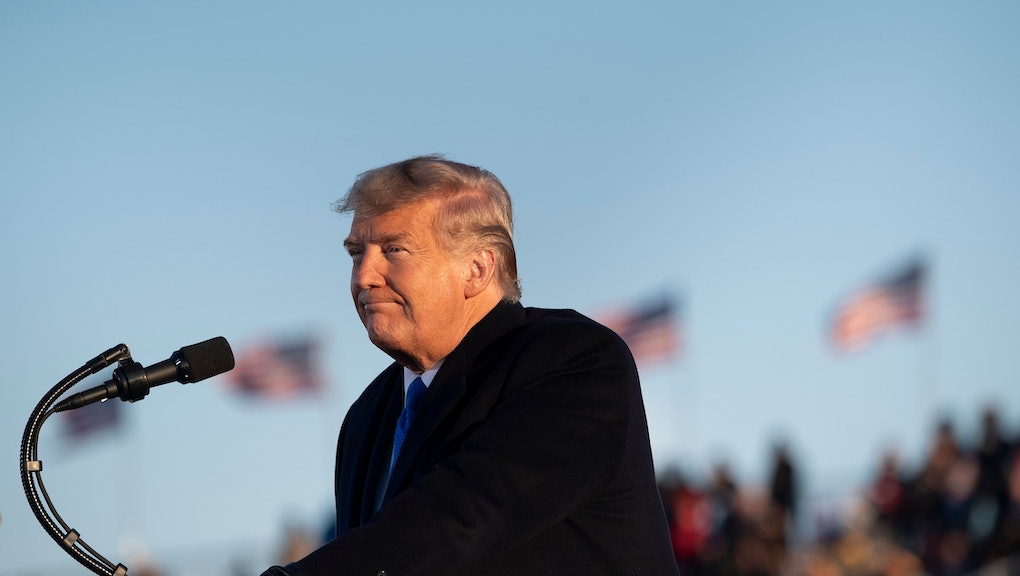 Good news! The pandemic is over, according to the White House

On Tuesday, the claim appeared in a press release sent to reporters from the White House Office of Science and Technology. Accompanied by a document about the Trump administration's science and technology achievements, it read, "Highlights include: ENDING THE COVID-19 PANDEMIC. From the outset of the COVID-19 pandemic, the administration has taken decisive actions to engage scientists and health professionals in academia, industry, and government to understand, treat, and defeat the disease."

The administration's claims that it has taken decisive action from the outset of the pandemic are easy to disprove. Early reports showed that the Trump administration basically ignored coronavirus for two months. In April, it planned to end federal funding for dozens of testing sites and, in the following month, Native American communities spoke about how a lack of aid had left them in crisis.

Not only is the pandemic far from over now, nearly eight months after it exploded in the U.S., but the country just reported the largest seven-day average of new cases to date. And yet, Trump is intent on painting the pandemic as a conspiracy theory, even as 226,000 people and counting have died in the U.S.

Along with a press release, the White House also released a "fact sheet" on how Trump's coronavirus response supposedly saved over 2 million lives. It's a figure Trump himself has touted, including in his last presidential debate with Joe Biden, but it's misleading; early projections said coronavirus could kill up to 2 million in America if literally no action was taken. It's not a roaring success that Trump avoided this number. Yet the fact sheet also brags about Trump's "decisive" action and claims the administration mobilized extra beds, personnel, and personal protective equipment to health care workers on the frontlines.

In reality, a critical shortage of PPE plagued the American response during the spring and summer. The government also pledged almost $2 billion to companies with no experience making medical supplies and spent millions on worthless mask-washing machines. NBC News reported this trend was from the White House coronavirus task force rushing into contracts so Trump could have a steady stream of deals to announce, even if they weren't properly vetted.

The White House also took the time to slam lockdowns, saying these measures "fail to eliminate the virus and are causing irreparable harm to families and children." However, Trump was part of egging on right-wing protesters with calls to "liberate" Democratic states early on in the pandemic. So, it's hard to blame lockdown measures for not solving everything when they weren't really followed and the president himself was more occupied with partisan wars than listening to public health officials.

As far as causing irreparable harm to families and children, the Trump administration's rush to reopen businesses has exposed essential workers — where Black and brown workers are overrepresented — to coronavirus. People who may have otherwise been able to claim unemployment had no choice but to return to risk, and risk their lives doing so. The overall racial inequities of the pandemic cannot be ignored: 1 in 1,000 Black people have died, a statistic quoted by Biden during the first presidential debate.

On some level, the White House must know that its claim is blatantly absurd, because it doesn't appear in the official document, only the press release. Still, it's clear that with less than a week until the election, the administration will say just about anything to make Trump look good.

More like this
"Our society is really totally nuts": Newly revealed emails show how Fauci really felt during the pandemic
By Rafi Schwartz
This anti-vaxx doctor is seriously telling lawmakers vaccinated people are "magnetized"
By Tracey Anne Duncan
West Virginia is offering guns to incentivize people to get vaccinated
By Rafi Schwartz
Stay up to date