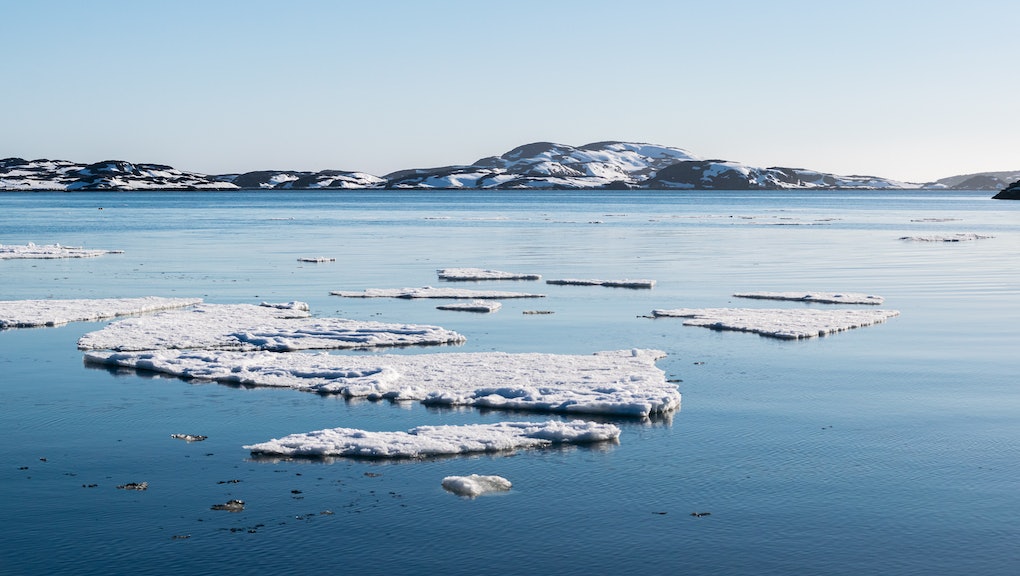 Scientists have figured out by now that Greenland is losing its ice at an alarming rate. But a team of 96 polar scientists from 50 different organizations around the world have found that the melting is happening faster than they expected. The ice is disappearing at a rate seven times faster than in the 1990s, potentially exposing 400 million people to coastal flooding by the end of the century.

The Ice Sheet Mass Balance Inter-comparison Exercise (IMBIE) team set out to create a complete picture of Greenland's ice loss rate by taking and combining data from 26 surveys of the ice sheet. With the information gathered, they calculated the changes in the ice between 1992 and 2018. They found that Greenland has lost 3.8 trillion tons of ice since 1992, pushing the world's sea levels up by 10.6 millimeters.

"As a rule of thumb, for every centimeter rise in global sea level, another six million people are exposed to coastal flooding around the planet," said Professor Andrew Shepherd, who led the study, to Science Daily. With 10 millimeters equating to one centimeter, this means it's likely there's already at least six million people struggling with coastal flooding. This number is predicted to rise with the coming years.

Seven years ago, the Intergovernmental Panel on Climate Change hypothesized that the sea levels will effect 360 million people at risk by 2100. This recent study by IMBIE — calculated with the faster melting rate in mind — puts the number of victims higher.

"On current trends," Professor Shepherd stated, "Greenland ice melting will cause 100 million people to be flooded each year by the end of the century, so 400 million in total due to all sea level rise."

The cause of the melting, which contributes to the sea level rising, is global warming. The team's climate models revealed that at least half of the ice losses was due to "surface melting as air temperatures have risen." The rest is due to rising ocean temperatures.

This is no laughing matter for people with homes in coastal areas. Some real estate experts have noted that the impact of climate change is being underestimated by some homeowners in vulnerable areas that are now prone to more frequent weather events like extreme storms or flooding. Others predict the effects of the rising sea levels could create a disastrous and costly event that could rock the housing market the same way the 2008 bust did.

At this time, research teams are continuing to monitor Greenland's ice sheet using satellite imaging. Despite various governments acting as if climate change is a far-off future, Professor Shepherd cautioned against thinking there is still time to debate what to do.

"These are not unlikely events or small impacts," he said, "they are happening and will be devastating for coastal communities."