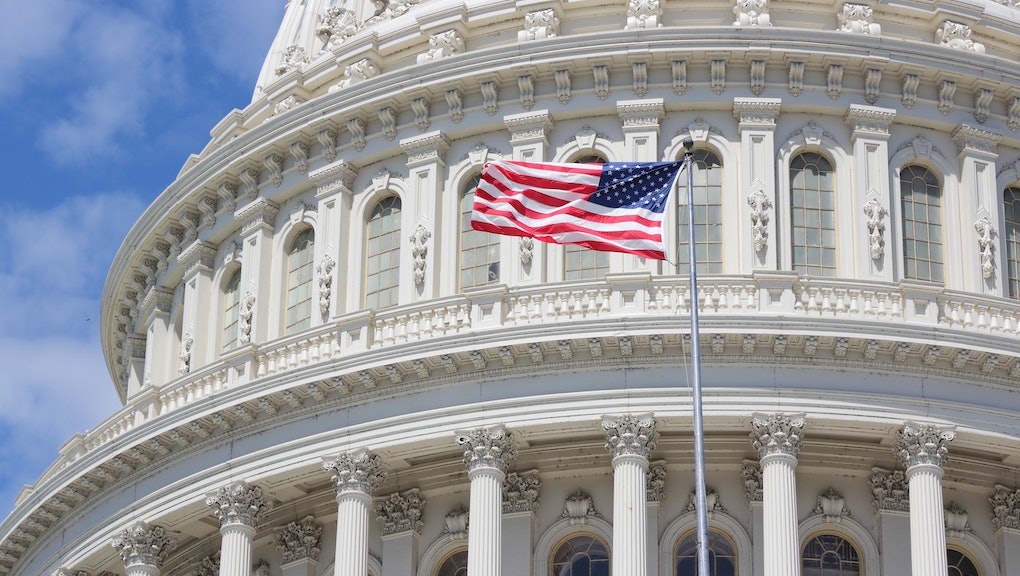 Ten Democrats released a resolution requesting that four specific groups be added to the State Department's list of foreign terrorist organizations: the Nordic Resistance Movement of Sweden; the National Action group from the United Kingdom; Blood and Honour; and Atomwaffen Division, whose alleged leader was recently arrested in Texas.

The resolution's co-sponsors include Reps. Eliot Engel (D-N.Y.), chair of the Foreign Affairs Committee and Bennie Thompson (D-Miss.), chair of the Homeland Security Committee. Notably, Rep. Max Rose (D-N.Y.) signed on as lead sponsor, and it isn't his first time tackling this issue. In October, Rose, one of those most conservative Democrats in the House, joined dozens of Democratic lawmakers in pressing the State Department to reclassify three white supremacist groups. In a letter, the lawmakers wrote, "As we learn more about connections between certain overseas white supremacist groups and domestic terrorists, it is time we take the threat of violent white supremacist extremists more seriously."

As BuzzFeed News reported, the resolution isn't binding legislation, but instead allows the House members to share how they feel. Importantly, the resolution points out that white supremacy is "global" and a "significant threat that is spreading across the United States."

There are numerous studies that illustrate the rise of white supremacy and white nationalism under the current administration. In 2018, researchers found that President Trump's election was associated with a surge in reported hate crimes, and this was further backed by an FBI report confirming violent personal attacks reached a 16-year-high. You can also just look at anecdotal evidence of blatant Islamophobia and anti-Semitism: On Thursday night, for example, someone waved a Nazi flag at a rally for Democratic presidential candidate Bernie Sanders. Sanders has previously shared how the Holocaust "wiped out" his father's family. Two years ago, eleven people were murdered in an attack on a Pittsburgh synagogue; late last year, a spate of anti-Semitic attacks targeted the New York area.

It's no surprise that white supremacist groups are becoming louder in the United States. White supremacy is embedded within the country's history, given the legacy of slavery, and it has never faded. But it is especially emboldened right now. After the man who allegedly killed more than 20 people in El Paso, Texas, last summer posted his racist manifesto online, many were able to show that it had terrifying parallels with Trump's language.

Politicians need to talk about white supremacy, especially as it continues to claim lives. However, terrorism isn't a neutral word, and its politics have often worked to purposefully exclude white supremacy.

More like this
Nearly half of Asian Americans have experienced at least one racist incident, per a new survey
By Rafi Schwartz
South Carolina is about to bring back execution by firing squad
By Rafi Schwartz
Texts from Matt Gaetz's "wingman" allege that the congressman paid for sex with a 17-year-old
By Rafi Schwartz
Stay up to date