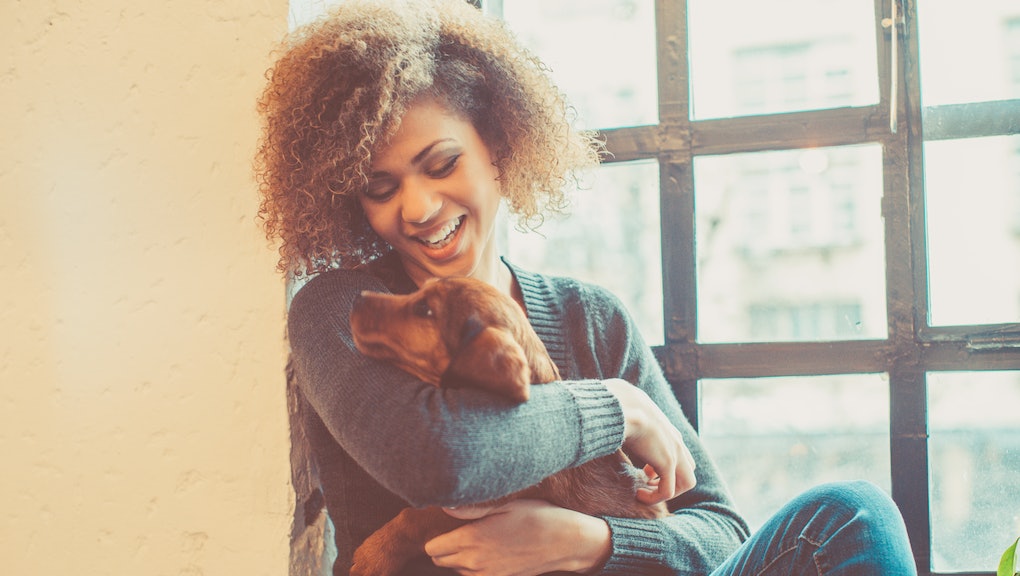 How old is your dog? Here's the new calculation, according to research

I am always bragging that my octogenarian catahoula mix, Stevie, runs five miles a day. Impressive, right? She’s a rescue, though, and while I don’t know exactly how old she is, I figure she’s about 11. That makes her 77 in dog years using the traditional 1:7 ratio. But it turns out that I might be wrong about how old my dog is. Not just because I don’t know her real birthdate, but because researchers say now that that whole “dog years” equation is off.

Researchers at the University of California in San Diego traced the change in genome patterns of 105 Labrador retrievers, and what they found was not only is the old dog years math a myth, but that a dog’s rate of aging changes throughout its life, the Guardian reported. When a dog is young, it ages faster, but as it gets older, that rate decreases. The research postulates that a one-year-old dog would be about 30 in human years, at four they’d be about 54, and at 14 they would be in their mid-70s. So while Stevie might still be impressively spry, she’s probably not near 80.

The math required to figure out a human age equivalent calls for a scientific calculator and — for me — a real smart friend. What still holds true is that dogs do age faster than we do. It’s just that the way they age changes over time and can’t be boiled down into an easy-to-understand equation. It’s also important to note that researchers were examining the biological age of a dog’s cells, so even this number doesn’t really tell us much about a dog’s behavior, experience, or quality of life.

“The development of dogs is not just a shortened version of the human development, which is why it’s difficult to find a clear match-up between a dog’s age and a human’s age,” Lucy Asher, an expert in canine puberty at Newcastle University, told the Guardian. “A 30-year-old human might have cells of an analogous ‘age’ to a one-year-old dog, [but] many dogs won’t be fully grown at this time and they will still have unsettled hormones and behaviour associated with puberty.” That maybe explains why my two-year-old pup acts like a bossy teen one minute and a total baby the next.

This research is funny because it debunks our assumptions about dog years, but it also gives veterinary researchers important data to help them understand ageing in dogs on a cellular level, which could help them live better. “If we think about ageing in terms of how old our cells are, this is really useful in matching up human and dog years,” Asher told The Guardian. And in case you were wondering, according to the equation, Stevie is actually about 69 and she can still jump a fence to chase a rabbit. So there.