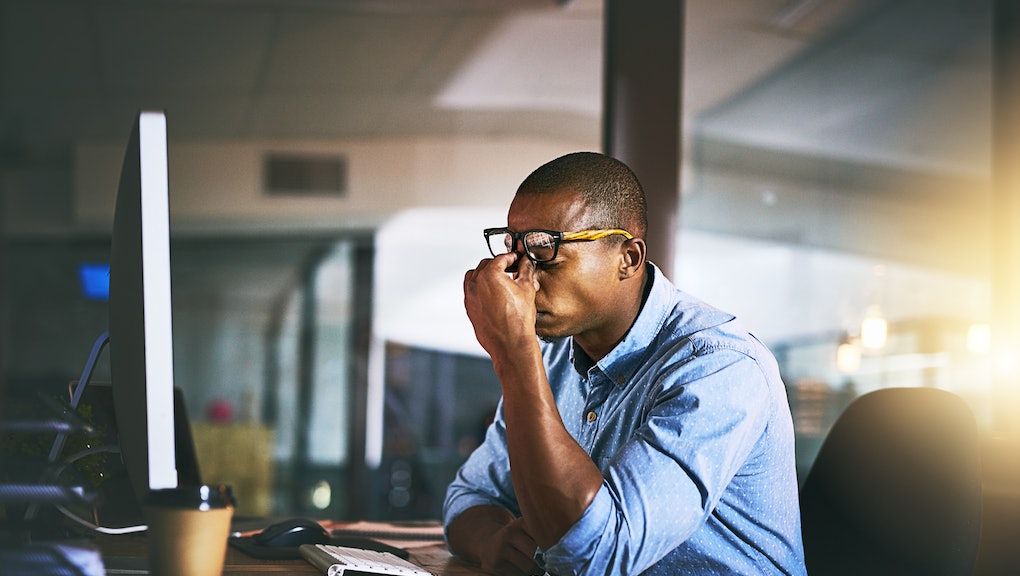 Jobs sometimes involve extra work, longer hours, and tasks not posted in the job description. A flexible employee is seen as a “good” one; one who goes above and beyond expectations to help the company or team perform at its best. It makes sense, of course, but where do we draw the line? Every job has fires that need to be put out — ones that may require a lot from you. Sometimes you can be the teammate that steps up to the plate. But if those tasks become too stressful or feel unfair, you do have the option (gasp) to say no at work without fear of being marked “not a team player.”

First things first: Establish your boundaries. There are justifiable reasons a big ol’ No is necessary hands down, and one of them is your health. According to BuzzFeed News, a yearlong employee working on The Ellen DeGeneres Show took medical leave for one month to check into a mental health facility, reportedly for a suicide attempt, only to be told upon their return that their position was being eliminated. One can only imagine how traumatizing termination must have been for the employee, but it’s clear a workplace like that would have other boundary-crossing issues with their staff. Daytime drama is typically reserved for soap operas, but Ellen’s brand is going through it right now.

“It is valid to say no to your boss when you're being asked to do something that feels — or is — unethical or illegal,” says Julie Jensen, a human resources executive and founder of Moxie HR Strategies, a consulting company. You can also say no when the task or request is outside of the scope of your work or expertise, she tells me, or if you're being asked to compromise relationships and family life more than you feel is reasonable.

On a recent Zoom call, a friend of mine who works as a paralegal told me about a coworker who called him on a Sunday at midnight — frantically asking for a document she needed. Clearly, evening work calls cross a boundary unless it’s a normal occurrence at your job (which it wasn’t at my friend’s) or if, say, the client’s life or livelihood was on the line. In this situation — as in many others like it — it’s important to preserve your peace while keeping conflict minimal.

So, the “no” has to come in a respectful, professional way and not in the, um, less professional way some of us would react to boundary crossing like that (read: “My church hat is still warm and you’re calling me about work!?”).

A tactful no, with a caveat about when you can help (first thing Monday morning is more than reasonable) also conveys your commitment and responsibility to the job you've been hired to do. It's a way to ask for compromises, different solutions, or newly defined priorities. It's also an opportunity to clearly state where your personal boundaries are.

Another reason you can and should say no to an employer concerns your abilities and bandwidth. If you're asked to do something that isn’t part of your job, it'd be fair to be compensated for the added responsibility. A reminder for entry-levelers: Exposure is not currency. Setting these boundaries will keep you and your team from unwanted despair in the long run.

“In a great many work environments, a person who cannot say no’— especially when the boss needs a 'favor' — will likely end up carrying a disproportionate share of the workload,” says Timothy Wiedman, a board member of the Human Resources Group of West Michigan, and former professor of quality management at Doane College. “An agreeable but overburdened team member may start missing deadlines or occasionally produce sub-standard work.” Been there, hate that.

“On the other hand, if that person is a true workaholic, all jobs may be completed reasonably well and on time — but as a consequence, the ‘Yes Man’ slowly burns out,” Weidman says. "Long hours coupled with the stress of meeting tight deadlines can eventually take its toll and often leads to significant health problems." That's a less than desirable outcome. It’s common sense not to work your employees to the bone, he tells me. Instead, managers should be "cultivating people who are valuable assets." For the bosses who need to hear it: Nurture your talent.

Back to saying no, effectively and kindly: Jensen suggests relaying that you understand a project’s importance and want success just as much as they do. It's a strong preface for conveying you’re feeling uncomfortable with something you’ve been asked to do. Last, be clear and article why you’re saying no. If it’s unethical, spell it out for your employer, “You are making me X, which is Y” is very persuasive if Y is something that will get everyone in trouble.

“At a minimum the employee may be viewed as someone who is being difficult or not committed to the organization like others may be,” Jensen says. Just keep in mind, though, if you’re labelled a problem at work for being ethical, that might be a red flag about the company itself. Still, know that saying no always comes with risks. “At a maximum the employee could be fired for ‘performance issues’ whether actual performance issues exist or not," Jensen says.

If you find yourself stressed in the middle of a shift when your manager is being unreasonable, just discuss it with them. Resorting to, “it’s no problem!” might cause a way bigger mess for all parties involved.