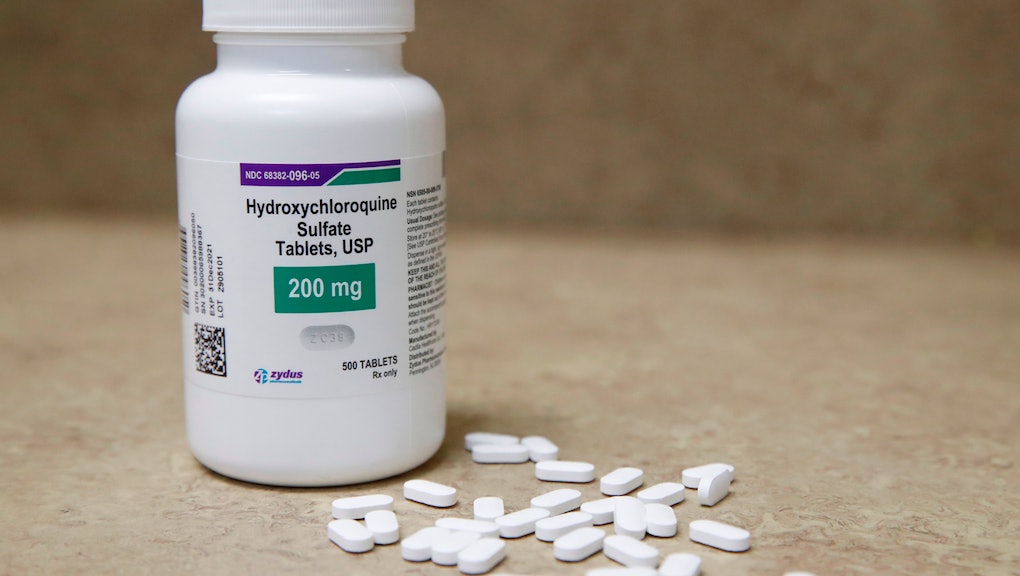 President Trump has not been subtle about deeming hydroxychloroquine, an antimalarial drug, as a game changer for treating and preventing coronavirus. There have been problems using hydroxychloroquine to treat COVID-19 from the start, including the fact that there was no research demonstrating their efficacy against this particular virus. Now, there’s new evidence that the drugs — his beloved hydroxychloroquine in particular — may not only be ineffective at treating the novel coronavirus, they could be potentially dangerous for patients sick with COVID-19.

A new study released Friday morning in The Lancet surveyed the use of hydroxychloroquine in 96,000 people on six continents. It analyzed the medical records of patients who had received treatment for coronavirus. Fifteen thousand of those patients had received either hydroxychloroquine or chloroquine, a closely related drug also used to treat malaria, or one of the two and an antibiotic. The study suggests that patients treated with hydroxychloroquine were more likely to develop an irregular heart rhythm, or arrhythmia, that can lead to sudden cardiac death, the Washington Post reported.

An arrhythmia is any interruption of the heart’s normal beat pattern. It could be a slowing down, a speeding up, or a skip. A temporarily irregular heartbeat is not itself a portent of doom in an otherwise healthy person, but in the case of these COVID-19 patients, it meant that the risk of death was significantly higher for patients who took hydroxychloroquine or chloroquine than those who did not.

As the research only included patients with severe symptoms who needed medical intervention, antimalarial drugs could still be useful as a prophylactic for contracting coronavirus — as Trump himself has been using hydroxychloroquine — or for people treating only mild symptoms at home, reported the Post. That’s why it’s important that research on its efficacy continues.

All of the patients who received these drugs were also up to 400 times more likely to experience serious heart arrythmias, reported The Washington Post. This suggests that even if the anti-malarial drug cocktail doesn’t kill a coronavirus patient, it could still be dangerous. It is unclear whether the antimalarial drugs caused other identifiably negative reactions in COVID-19 patients, as the study’s emphasis was on the potentially fatal heart damage they induced. But as a sideliner observer, it seems prudent to assume that we don’t actually know whether hydroxychloroquine should be used to treat the novel coronavirus at all.

The sheer scope of this study is making scientists reconsider using hydroxychloroquine and chloroquine to treat coronavirus. Peter Lurie, head of the Center for Science in the Public Interest, told Post that the report was “another nail in the coffin for hydroxychloroquine.” Hopefully, this gets health officials to pause on clinical trials of the drug, which began last week.