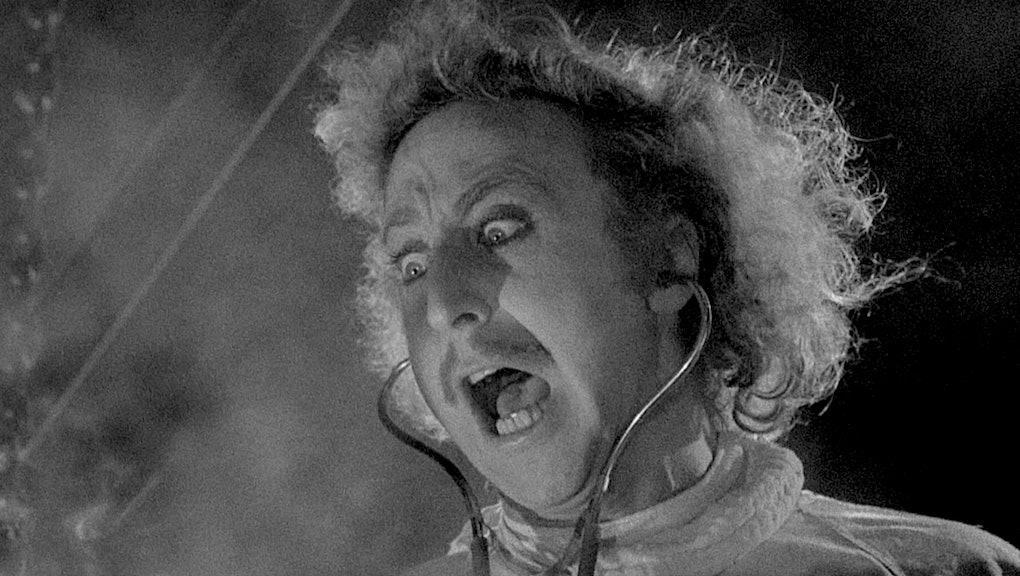 I'm rewatching 'Young Frankenstein' and laughing through the madness

Things are not "ooper dooper" in the world right now. COVID-19 is terrorizing humanity, and most of us are stuck at home for the foreseeable future. There's a lot of time to be idled away on the couch, but luckily, there are a whole lot of cinematic gems to stream to make killing time more entertaining. Personally, I suggest revisiting Mel Brooks' 1974 comedy classic Young Frankenstein in these fraught times.

Brooks has been a trooper throughout the coronavirus pandemic. He teamed up with his son Max to film a social-distancing PSA that went viral, but in the safe way, last month. The 93-year-old has also been Skyping with his BFF, fellow comic genius Carl Reiner. They were on CBS last week singing World War II songs and Italian arias together. It’s pure, pure content.

Young Frankenstein, which Brooks co-wrote with its star, Gene Wilder, is one of those old movies my dad adores and nagged me to watch forever. When I finally did, I had to admit, there’s a good reason it’s a classic. I went around the house jokingly shouting, “Puddin on da reeetz!” for a few days afterwards.

Revisiting it the other evening under quarantine, I realized there’s a lot of topical humor to be found in its black and white, nearly 50-year-old frames. Check out this elbow bump, guys.

Despite some emphatic early protestations about the logistics and ethics of raising the dead, Dr. Frankenstein inevitably brings his monster to life (played by Peter Boyle, who you might remember as Ray Romano’s dad in Everybody Loves Raymond).

One thing I do take issue with is the film’s sexual humor. Again, it’s a film from 1974, but (spoiler alert) Brooks ends Young Frankenstein with bawdy jokes about the monster’s massive penis. Hilarious, bro.

Dr. Frankenstein also has a voluptuous blonde lab assistant ported in from a nearby Transylvanian town for his pleasure, er, to do his scientific bidding. I’ll say one thing about Inga, played ingeniously by Teri Garr: her introduction is one for the books.

Brooks is 93 and still cracking jokes in isolation. But sadly, most of the stars of Young Frankenstein are no longer with us. Wilder had Alzheimer's and died in 2016, at home, listening to Ella Fitzgerald sing "Over the Rainbow." Feldman had a heart attack in 1982. Madeline Kahn had ovarian cancer and died in 1999. Boyle passed in 2006. But Leachman is still around — she’s 93, just like Mel. So is Teri Garr, though the 75-year-old has lived with multiple sclerosis for decades.

Watching Young Frankenstein right now is a delightful diversion. But it was also a reminder of how few great artists of the last century are still with us. So I highly recommend putting the film on your quarantine watch list — not only because it’s great entertainment but also to entice you to stay home to protect these living legends so they can keep us laughing a while longer.