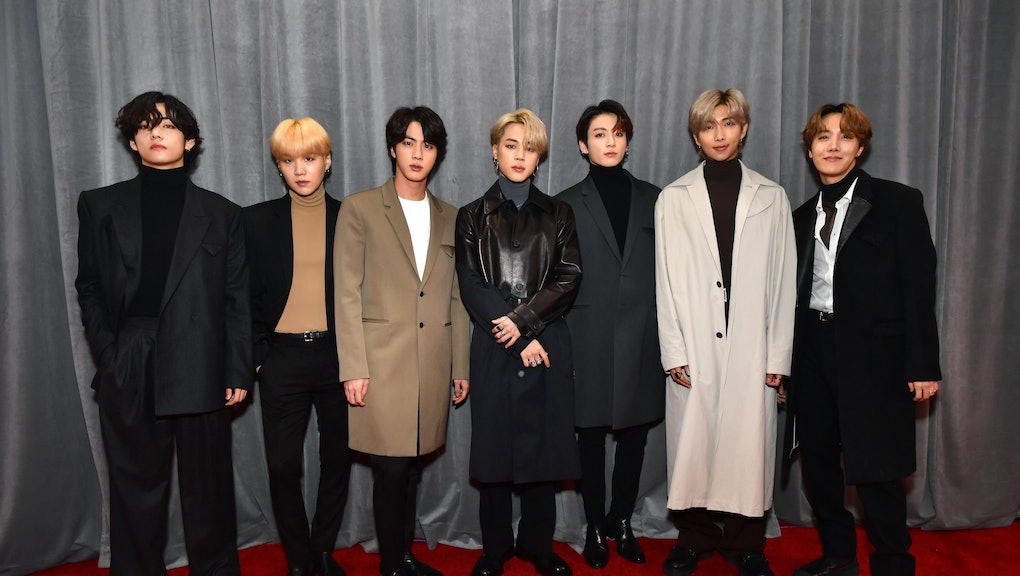 In an emotional statement, BTS opened up about the racism they’ve faced

Waking up to the news about yet another violent attack on Asian Americans is harrowing and deeply upsetting. On Monday morning, a 65-year-old woman was assaulted in broad daylight in midtown Manhattan while bystanders watched. The same day, a person was filmed punching and choking an Asian man on the subway in Brooklyn. Meanwhile, police in San Francisco have stepped up patrols in predominantly Asian neighborhoods in response to "an alarming spike in brazen anti-Asian violence," the department said.

There’s been a troubling rise in anti-Asian discrimination in America in the year-plus since the beginning of the COVID-19 pandemic, which is suspected to have originated in the Chinese city of Wuhan. Most horrifically, eight people, including six Asian women, were murdered in a mass shooting targeting spas in Atlanta on March 16. In the days and weeks since, there’s been an outpouring of anger and grief — and calls from influential figures to condemn racism and #StopAsianHate.

On Monday night, K-pop superstars BTS added their voices to the chorus, expressing their “grief and anger,” decrying racism and sharing their own experiences of anti-Asian discrimination. "We have endured expletives without reason and were mocked for the way we look. We were even asked why Asians spoke in English,” the group’s seven members said in a join statement, published on Twitter in Korean and English.

"We cannot put into words the pain of becoming the subject of hatred and violence for such a reason,” BTS continued. “Our own experiences are inconsequential compared to the events that have occurred over the past few weeks. But these experiences were enough to make us feel powerless and chip away our self-esteem. What is happening right now cannot be dissociated from our identity as Asians."

This isn’t the first time BTS has publicly condemned racism. Last June, the band, along with their record label Big Hit Entertainment, donated $1 million to Black Lives Matter. The BTS Army, their legion of fans, vowed to match that sum with their own fundraising efforts. Following George Floyd’s death in Minneapolis last Memorial Day, BTS issued a very similar statement to the one they put out on Tuesday, reading: “We stand against racial discrimination. We condemn violence. You, I and we all have the right to be respected. We will stand together.”