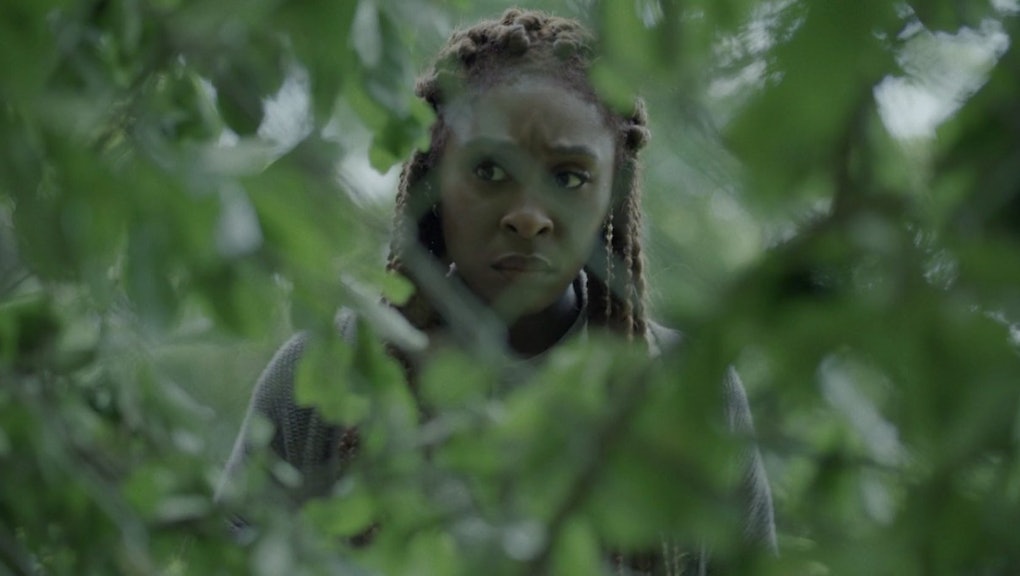 In HBO's 'The Outsider,' grief is a central character

The Outsider is propelled by grief, just like the monster at its core. From the opening scene, where a child’s mutilated body is found in a park, this riveting HBO limited series is drenched in sorrow.

Not the most cheerful viewing experience, to be sure. But The Outsider makes up for its doom-and-gloom premise with a captivating supernatural mystery for its characters (and viewers) to unravel. (The show is adapted from a Stephen King novel.)

As I caught up on the latest installments of The Outsider recently, I was struck by how the show uses grief as a storytelling device. Holly (Cynthia Erivo) and, increasingly, Ralph (Ben Mendelsohn) believe the mysterious child killer they’re tracking is essentially the Boogeyman, El Cuco (in Latin American culture).

The show describes the monster as the “grief eater” and “tear drinker.” Essentially, its modus operandi is to “infect” a human host, assume its form, and commit a gruesome murder. The shape-shifting “thing” frames the innocent human, who most often also dies, then preys on both grieving families by killing them off one-by-one, inflicting as much sadness and carnage as possible in the process.

As Holly discovered, "El Cuco" has been repeating its deadly dance all over the country. But let’s focus on the nuclear characters in Cherokee City, Georgia. There’s the Peterson family: Frankie Peterson’s slaying initiates a string of grisly deaths, as the monster preys on each family member’s unbearable grief. The terrible circle extends to the Maitland family: perfect patriarch Terry (Jason Bateman) is accused of killing the Peterson kid, then he’s gunned down by the dead child's older brother, who’s fatally shot, in turn, by Ralph.

The “grief eater” is lingering in Cherokee City to feed on this vicious spiral, and midway through The Outsider, its deadly influence seems bound to claim more lives. Next in line are the remaining Maitlands, Glory (Julianne Nicholson) and her daughters. The hooded Boogeyman has already visited Jessa, the youngest girl, who drew a picture of him for Ralph. Spookily, his wife Jeannie (Mare Winningham) draws the same man after he astral-projects into her home to warn the feds off their supernatural murder investigation… or else the bodies will keep dropping.

Eeeek. As I noted, I’m pretty sure the bodies will indeed keep dropping till The Outsider concludes. Hopefully no more child slayings… though that asshole detective Jack Hoskins (Marc Menchaca) is kind of asking for it. Alas, he didn’t meet his demise at the hands of his flying-ghost-mom last episode (“The One About The Yiddish Vampire”).

Absurdities aside, episode six zeroed in on the heart-rending sadness a few main characters wrestle with. Glory Maitland is wracked with grief over the loss of her partner, exhausted from maintaining his innocence and starting to wonder if he was capable of unthinkable evil… The kitchen table scene between her and Ralph is a knockout, and it’s because speaking that possibility aloud shatters Glory’s remaining resolve. She feels blown apart.

Ralph and Jeannie’s own sorrow, the death of their teenage son, Derek, who had cancer, bubbled to the surface in the wake of the Peterson crimes. They know what it’s like to suffer unimaginable loss. Their grief also seems to be attracting the monster, who appeared to Jeannie in her dining room.

When Ralph’s dead son appears to him in a dream, encouraging him to let him go, we’re not totally sure why… Is it the “grief eater” up to some nefarious aim, messing with the detective's mind? Or could it be a helpful message from beyond the grave, illuminating the path forward? Maybe it's just a stupid, meaningless dream. That's the shred of hope Ralph clings to, along with “dumb cop shit” like hard facts and evidence, as he futilely resists the unknowable.

I haven’t read Stephen King’s novel, though it seems the TV adaptation is taking considerable liberties with The Outsider’s plot. But my optimistic reading is that the series could pose an intriguing idea: that the way to vanquish the monsters, literal and metaphorical, is for the characters to face their grief head-on, somehow. They’ll have to slay their personal demons Buffy-style, if you’ll indulge another vampire reference.

But the other fascinating thing is how The Outsider uses grief to make the story so dang haunting. Most people know what it's like to suffer loss, to grapple with outcomes that seemed unimaginable and sorrow that feels insurmountable. Supernatural "tear-drinking" monsters aside, that sort of pain is terrifying.