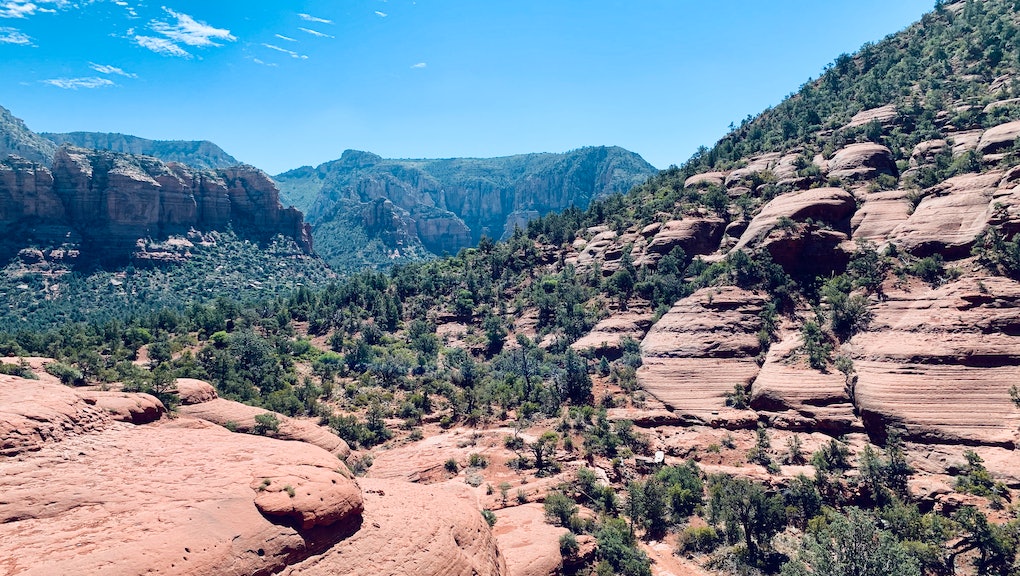 In his last few days in office, Trump is scrambling to sell an Indigenous holy site to a mining company

Donald Trump's presidency is finally coming to an end, and the administration is using its dwindling days in power to lock in as much of Trump's agenda as possible. The latest effort, according to The Guardian, includes an attempt to sell a large stretch of land located in the Arizona desert to a mining company despite the area being considered a holy site by indigenous Native American tribes.

Arizona's Oak Flat is a picturesque sprawl sitting out in the desert. Located in the southeastern part of the state, the area has become a popular destination for campers and rock climbers thanks to its tall rock spires. It is also a cultural touchstone for several Native American tribes in the region. That includes the Apache tribe, which was settled into the San Carlos Apache Indian Reservation in 1871.

Unfortunately, the land also has considerable value to miners. Oak Flat is believed to be home to one of the largest copper deposits in the world. Ever since that reserve was discovered in 1995, mining companies have been trying to get permission to excavate the area of its natural resource. Despite plenty of pressure and efforts to gain access to the land, mining companies thus far have largely been fended off. But Trump is looking to change that before his term officially comes to an end.

The Guardian reported that the Trump administration is planning to transfer ownership of the Oak Flat area to Resolution Copper, a mining operation that is the subsidiary of two Australian parent companies: Rio Tinto and BHP. Native American tribes were made aware of the administration's intention to sell the land last month, and were alarmed to learn the speed at which Trump's federal government was moving to finalize the deal. A planned environmental review process scheduled to take place next year was pushed up to December 2020, and it appears that the administration fully intends to rush the process in hopes of finalizing the sale before Trump is set to leave office on January 20, 2021.

These tribes are no strangers to having to fight the government to maintain control of the sacred land. In 2014, the Obama administration signed into law a mining bill that would have handed over control of several thousand acres of Oak Flat to mining companies. Significant protest and uproar, led by Native American groups including the San Carlos Apache tribe, eventually pushed Obama to act and preserve the land. In 2016, the US Forest Service added Oak Flat to the National Register of Historic Places, which placed new barriers in front of those mining efforts.

Trump's renewed interest in selling the land, even as the sun sets on his administration, is particularly troubling. The Trump administration has been known for ignoring regulations and bypassing necessary environmental protections as a favor to the mining industry. Trump has also made clear that he plans to lock in as much damage to the planet as he possibly can before leaving office. In addition to trying to rush through the sale of Oak Flat, Trump's administration has also been trying to rally companies to lease land for oil drilling in Alaska’s Arctic National Wildlife Refuge before the Biden administration takes office and ends those efforts.

Making matters even worse in Oak Flat is the potential new owner of the land. Should the Trump administration successfully complete its expedited sale, ownership will transfer to a company that has been associated with the destruction of Aboriginal sites in Australia. Last year, Rio Tinto destroyed a 46,000-year-old Aboriginal site in order to build an iron ore mine. A similar history is at stake if the company gets its hands on Oak Flat, which is home to Apache burial grounds, ancient rock carvings, and other important markers of history and tribal culture.

Certainly, none of this resonates with Donald Trump. He would rather sell the site off, history and potential environmental hazards be damned. It’s fitting that the man who called the Dow Jones Industrial Average“sacred” would rather sell actual sacred land for profit than protect it.