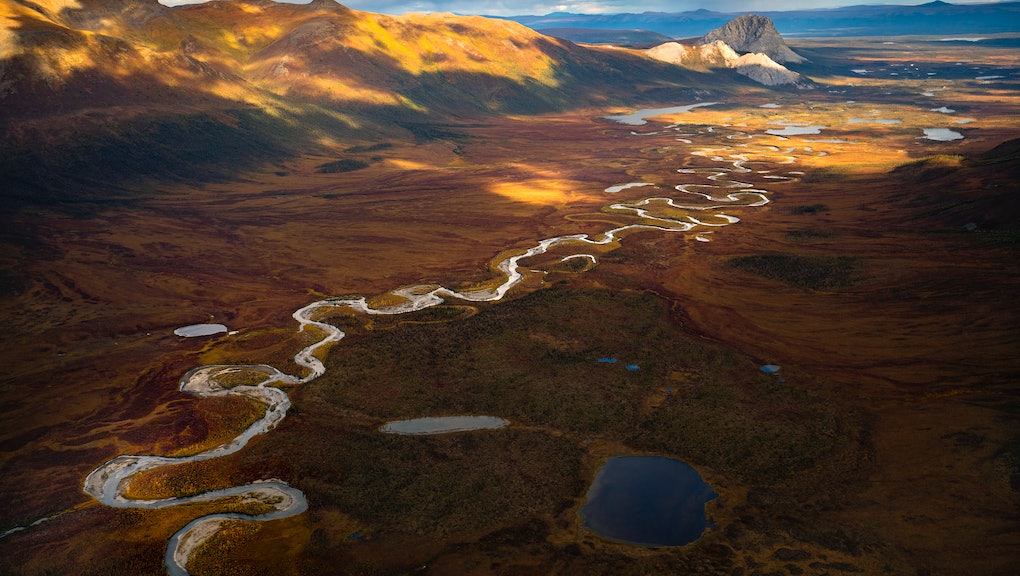 One of the many trash legacies of the Trump presidency will be the lasting damage it's done to the environment. Now, the administration is trying to lock in its plans to open up Alaska’s Arctic National Wildlife Refuge for oil drilling before Joe Biden can take office. According to the Washington Post, the Trump administration is calling on gas and oil companies to purchase land as quickly as possible so the contracts can be finalized and drilling rights guaranteed. The hope is if the leases are finished before January, it will be harder for future administrations to block drilling.

A call for nominations is scheduled to be published by the Bureau of Land Management on Tuesday, which will invite fossil fuel firms to start bidding on pieces of land within ANWR, which is the largest national wildlife refuge in the country and the biggest plot of untouched wilderness in America. A total of 1.6 million acres of land, primarily along the region's coastal plain, will be up for auction, allowing pretty much anyone who would like to dig up the land to start exploring and extracting oil. The call represents a rush to finalize a plan open ANWR up for drilling that has been in the works since 2017, when a Republican-controlled House and Senate passed a bill authorizing leases in the region. The Trump administration finalized the plans earlier this summer, with intentions of completing the first lease before the end of the year.

Once the Bureau of Land Management's call for nominations is posted, there will be a 30-day comment period. After that, the agency can publish a notice that leases are available, though it would take another 30 days before auctions could actually take place. It's cutting it mighty close, but that would allow the Trump administration to sell off the land just before Biden takes the oath of office on January 20, 2021.

“Trump is trying to lock in climate chaos and the extinction of polar bears and other endangered Arctic species on his way out the door. This is unconscionable,” Kristen Monsell, senior attorney at the Center for Biological Diversity, said in a statement provided to Mic. “The Arctic National Wildlife Refuge can’t be replaced, so we can’t let this lame-duck president give it away to Big Oil.”

With Trump's time in office running out, the efforts are kicking into overdrive — though it's not clear if oil and gas executives are all that motivated to get involved in the bidding. The US already had a glut of oil reserves, so much so that oil prices actually dropped below $0 per barrel when much of the world was locked down due to the coronavirus pandemic, and has become the world's biggest oil producer.

Add to that the fact that drilling in ANWR is wildly unpopular. According to polling done earlier this year, nearly two-thirds of people surveyed opposed opening the wildlife reserve for the purposes of drilling. Of course, popularity is typically not at top of mind for oil companies, which tend to put profits over everything, including the health of the planet.