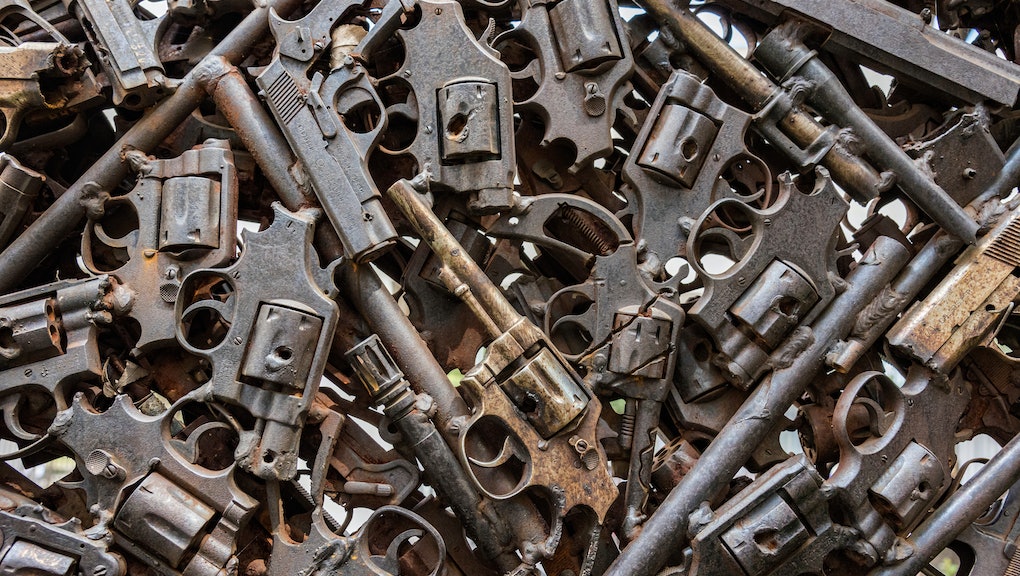 Inside Mexico’s war on drugs: Conversations with ‘el narco’

I am from northern Mexico, one of the regions most affected by the global war on drugs. From 2008 to 2012 my hometown — which I’m not naming here for safety reasons — went through one of the most violent times in its history. Shootings between cartels and the military became frequent events, which could happen at any time of the day anywhere in the city. I personally witnessed a shooting just across from the university where I used to teach. My friends and family had similar experiences. Some of them witnessed shootings from their cars, others from their home.

In addition to the growing violence, the Zetas cartel started to bribe the local businesses. If owners did not pay, the cartel would either destroy their businesses or kidnap a family member. As a result, many businesses had to close their doors. The cartels fueled paranoia on social media. “Do not come out tonight,” a tweet would warn, “because there will be a shooting.” Sometimes, these threats proved to be true.

Similar terror is occurring across Mexico as a result of the war on cartels launched by former President Felipe Calderón in 2006. The violence unleashed by the government’s assault on drug-trafficking groups has wracked a nation.

Not wanting to stay in a country where I felt so vulnerable, I decided to continue my postgraduate studies abroad, in England. There, I channeled my frustration with Mexico’s war on cartels into my doctoral dissertation, which analyzes drug-related violence through the lens of those who committed the crimes.

Between October 2014 and January 2015, I interviewed 33 men who used to work in the drug trade to understand how their experiences relate to their involvement in drug trafficking. From street drug dealers to hitmen and bodyguards, I found, they all share similar life stories.

These firsthand interviews with former drug traffickers, widely known as “narcos” in Mexico, bring a new perspective to political science research on Mexico’s drug war: that of the perpetrators.

This analysis of the narcos’ narratives sheds light on the possible causes of these men’s involvement in the drug trade and elucidates the logic through which they understand the world.

This view is almost entirely neglected by researchers and politicians. To date, Mexican policies to curb drug trafficking and reduce violence have been designed using solely the logic of policymakers.

Is it any surprise they’ve failed?

Neither monsters nor victims

My research begins with the premise that the narcos are part of Mexican society, just like anyone else. They are exposed to the same messages, values, and traditions.

Yet the Mexican government has systematically rejected this notion, preferring to invoke the same binaries present in U.S. policies like the war on drugs and the war on terror. It’s “us” against “them,” this framing goes: the “good guys” versus the “bad people.”

In the movies, the narcos are portrayed as bloodthirsty criminals. More compassionate views, especially in academia, suggest the drug trade is the “only option” for poor kids in cartel-infested parts of the country.

Beyond being simplistic, such framing conceals nuances that may actually help to explain the root causes of Mexico’s drug violence.

The narcos I spoke with do not see themselves as victims or monsters. They do not justify their involvement in the drug trade as a survival strategy. They acknowledge that they chose this illegal industry – even when work in the informal economy would have allowed them to support their families – because, they told me, they wanted “more.”

Despite seeing themselves as free agents who decided to work in the drug trade, the men I interviewed also see themselves as disposable. They shared feelings of social exclusion and a lack of a life purpose, making them feel that their lives are worthless.

“I knew I was alone,” one man, Rigoleto, told me. “If I wanted something, I had to get it myself.”

My research also reveals that these narcos embrace the government’s binary discourse. They identified as “they” – the people excluded from “our” civil society. The former drug traffickers I spoke with also reproduce the individualistic, every-man-for-himself ethos that has permeated Mexican society since the introduction of a neoliberal, U.S.-style economic system in the late 1980s.

This ethos is a double-edged sword. Mexico’s narcos may not blame the state or society for their condition of poverty – each is, after all, his own man – but they don’t feel remorse for their crimes, either. They had the “bad luck” of being born in poverty, they told me, and their victims had the “bad luck” to be in their way.

The narco’s logic is simple, according to Yuca, one of the men I interviewed: We are, all of us, bound to the “law of the fittest.”

As Cristian said: “In my neighborhood we all knew the rules: You snooze, you lose. That was the law. You have to be tough, you have to be violent, you have to take care of yourself, because nobody will do it for you.”

Poverty: A fixed and inevitable condition

This is one of several shared values I identified in my interviews, which together form what I refer to in my dissertation as “the narco discourse.”

The narco discourse puts poverty in sharp relief. The men I spoke with believe poor people have no future and, therefore, have nothing to lose.

“I knew I would grow up and die in poverty,” said one of my interviewees, Wilson. “I just asked God: Why me?”

Poverty is understood as an inevitable condition. “Somebody has to be poor,” said one man, Lamberto.

“There is nothing you can do to avoid it,” said another, Tabo.

“When you grow up in a poor neighborhood you know that at some point you will become a drug addict,” said Palomo. “When you are a drug addict you see yourself as rubbish. Who would care about the life of a poor drug addict?”

In this crowd, I learned, an early death is also seen as inevitable.

“When you see so many of your peers dying in street fights, from an overdose, shot by the police, you think that that is your future as well,” a man I’ll call Tigre told me.

The possibility of being killed or killing, then, isn’t necessarily a drawback of the drug trade. The kids who grow up to be drug traffickers assume that death is their destiny.

“I always thought that my destiny was to die from an overdose or by a bullet,” said Pancho.

One of the few ways poor kids with this worldview could imagine enjoying life, they told me, is by buying stuff – nice stuff, luxury items, things they couldn’t afford.

The only way to achieve that is with the “easy money” that an “easy life” in the drug business would give them.

They understood the happiness brought on by easy money to be momentary. But still, they said, it was worth it. My interview subjects assume that “in this world you’re a nobody without money,” as Canastas put it.

Crucially, the narcos recognize that the flip side of the “easy life” is either death or jail.

“One day you are in a nice restaurant, surrounded by beautiful women and important people,” Ponciano told me. “The next day you may wake up in a dungeon.”

That’s why the easy life has to be so fast, so hedonistic – to maximize the benefits of that easy money.

As Jaime told me, “My goal was to live every day as if was the last. I did not pinch pennies when it came to enjoy[ing] myself. [I bought] the best trucks, the best wines [and had] the most beautiful women.”

In the narco discourse, physical violence is essential to survive, literally, in poor neighborhoods which participants referred as “the jungle.”

Violence, I was informed, is learned. Men are not born violent, but they must become violent. As Jorge explained:

“When I was a child, older children hit me, they took advantage of me because I was alone. I was not violent, but I had to become even more violent than them. You must do it if you want to survive in the streets.”

In “the jungle,” men also had to keep a certain reputation as a “real man.” As they see it, that means being an aggressive, heterosexual, violent womanizer. A true man is “good for the party, drugs and alcohol,” said Dávila.

The real man cannot show his fears – no emotions, no weaknesses. The best way to hide them, the narcos I interviewed said, is by proving their strength. This can be done in different ways: within your own gangs, fighting rival gangs or at home, with their family.

A recurrent theme in my interviews was the anger that participants felt against their fathers, most of whom were domestic abusers.

The men invoked the trauma of witnessing gender violence not only when we spoke about their childhood but also when we discussed their reasons for illegal acts like drug use, vandalism and drug trafficking.

To some participants, a fantasy of making their fathers suffer was their main motivation to work in the drug trade.

“My only thought was to kill my father when I grew up,” Rorro explained. “I wanted to cut him into little pieces.” Being a narco gave him that power.

A man named Ponciano told me that he thought of his father when he was torturing his victims.

“And I made them suffer even more, like he made us suffer.”

Not everyone who had the opportunity to kill their fathers could follow through. Facundo, wishing his father to suffer but unable to kill him, told his dad to leave town.

What can we learn in Latin America?

Poverty and toxic masculinity. These are, my research finds, two common themes driving the men who commit so much violence not only in Mexico but across Latin America, the world’s most violent region.

The everyday life of these narcos are a breeding ground for all sorts of violence, from domestic abuse to gang rivalry. When policymakers focus on “ending drug violence,” this is the view so often missing.

Even when poverty is acknowledged as the root of other major social problems in Mexico, as some researchers have done, there is insufficient knowledge of what living in poverty actually means for these people. While many experiences of poverty where shared by my interviewees, each person in each region and each neighborhood had their own problems and specific needs.

Understanding how that background leads to violence would mean listening – really listening – to men like those I interviewed. And it means asking questions that don’t fit within the “us versus them” mentality of presidents, policymakers and police chiefs. To design more effective policies for ending violence, one must understand the logic, the worldview, of its perpetrators.

Where does all this violence come from? Who justifies its use, and how? How is violence reproduced within Mexican families, and echoed within communities? When the government responds to this violence with more violence — by sending soldiers out to fight crime, as Mexico has done for 12 years — what message does that send?

As long as governments maintain their discourse about “good people” versus “bad men,” my research suggests, it will only feed “their” indifference to “us.”

This article was originally published on The Conversation by Karina G.Garcia Reyes. Read the original article here.

More like this
Cybersickness is real. Here's how to prevent your screen from making you miserable
By Angelica Jasper
Could mindfulness make you more selfish?
By Michael J. Poulin
Here's how scientists plan to create a less addictive opioid
By Aaron W. Harrison
Stay up to date