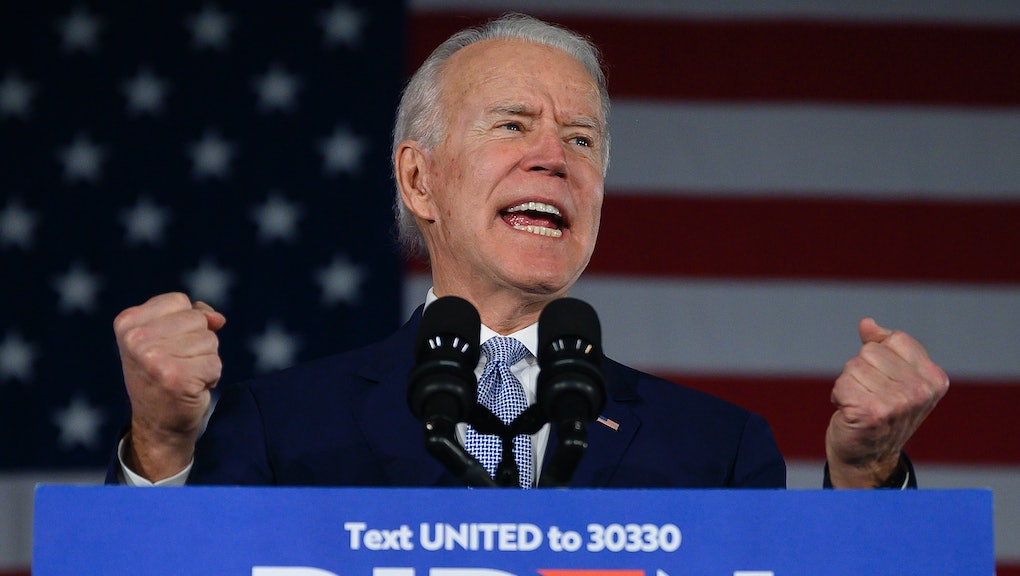 With just days to go before Joe Biden takes the oath of office to become the 46th president of the United States, the scope and shape of his incoming administration is starting to come into sharper relief. While the degree to which a Biden White House will be able to enact its legislative agenda with a barely-there Democratic majority in Congress remains to be seen, a newly released memo from incoming Chief of Staff Ron Klain shows a president-elect who is champing at the bit to get things done from the moment he assumes office at 12:01 p.m. on Jan. 20.

"On Inauguration Day, President-elect Biden will sign roughly a dozen actions to combat the four crises, restore humanity to our immigration system, and make government function for the people," Klain promised, referencing the COVID-19 crisis, its ensuing economic fall-out, the climate crisis, and America's ongoing racial disparities. And like President Trump before him, Biden appears poised to push his immediate agenda through executive orders, rather than wait for Congress to act.

Per Klain, Biden's first-day orders will include rolling back Trump's ban on travel from Muslim-majority nations, as well as rejoining the Paris climate accords, from which Trump began withdrawing the United States in 2017.

In addition to two high-profile reversals of some of Trump's most damaging policy initiatives, Biden will also "ask the Department of Education to extend the existing pause on student loan payments and interest for millions of Americans with federal student loans," although Klain didn't offer any details on the specifics of that pause would look like. Klain was equally vague about plans to "extend nationwide restrictions on evictions and foreclosures and provide more than 25 million Americans greater stability," saying simply that Biden would "take action" on day one.

Notably, while not included in Klain's memo, Biden also reportedly plans to cancel the Keystone XL oil pipeline permit within his first 24 hours in office. Federal approval to construct the more-than-1,000 mile-long oil pipeline that would connect Canadian oil production sites to the gulf of Mexico was one of the very first executive orders signed by signed by Trump after he assumed office in 2017.

During the 2020 primary race, Biden had downplayed the role of executive orders, highlighting their limitations while still admitting their usefulness under certain circumstances.

"You can't do a lot by executive order," he said in regards to the various promises made by his Democratic rivals. "You can do some things, but you can't — you need to generate a consensus."

Now that he's poised to be the executive signing those orders, however, Biden seems ready to use them as a means to hit the ground running as soon as he's able.

More like this
Biden's pledges aren't enough to avoid the worst effects of climate change, new study says
By AJ Dellinger
COVID vaccine holdouts have a message to lawmakers: Show me the money
By Rafi Schwartz
Title IX will once again protect against gender identity discrimination
By Rafi Schwartz
Stay up to date