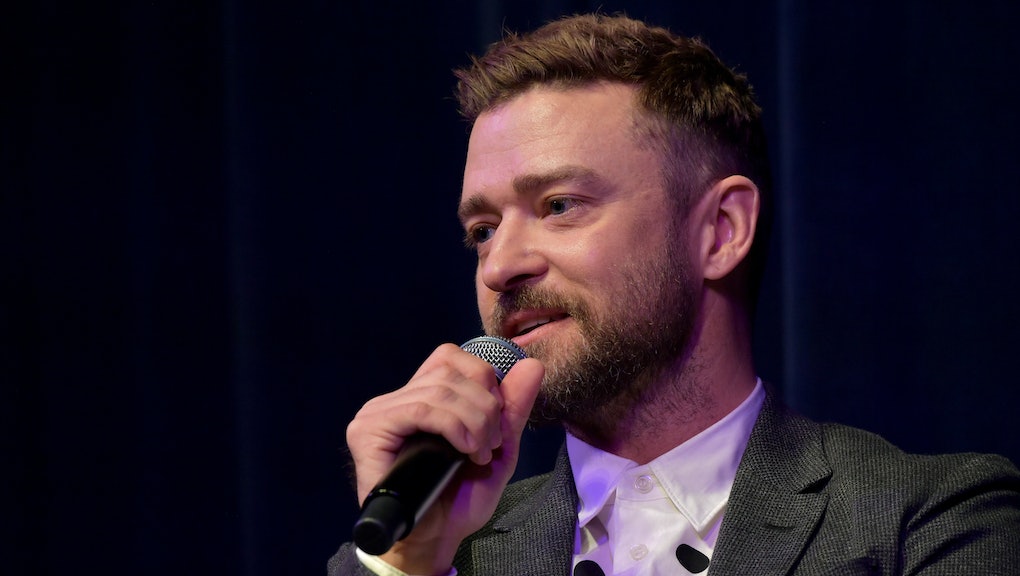 Justin Timberlake has seen your posts about Framing Britney Spears, the new Hulu documentary which paints him as a vindictive, misogynistic presence, and he is very sorry. In his first public statement since the film’s release, Timberlake posted a note to Instagram, apologizing to Spears and Janet Jackson for his treatment of them in the early aughts.

“I am deeply sorry for the times in my life where my actions contributed to the problem, where I spoke out of turn, or did not speak up for what was right,” Timberlake writes. “I understand that I fell short in these moments and in many others and benefited from a system that condones misogyny and racism.”

Without naming any particular incident, he directs his apology toward Jackson and Spears. “I specifically want to apologize to Britney Spears and Janet Jackson both individually, because I care for and respect these women and I know I failed,” he writes. Timberlake then recognizes his privilege within the industry, before saying the statement is a “first step and doesn’t absolve the past.”

Since the documentary premiered last week, it’s ignited a widespread reckoning of the brazenly sexist, harmful media apparatus that sent Spears down such a destructive path. Timberlake entered social media crossfire for the doc’s focus on his relationship with Spears. Their fling ended with bitter gossip that Spears cheated on Timberlake, which he portrayed in the “Cry Me a River” music video. As for Jackson, she faced innumerable career consequences for the Super Bowl “wardrobe malfunction,” while Timberlake followed the opposite trajectory, right back to the halftime show stage 14 years later.

So his statement is just the vaguest thing — a choose-your-own apologia to fill in the times when Timberlake’s “actions contributed to the problem.” As a “first step,” it’s certainly a wobbly, belated one, so hopefully he doesn’t let it be the final word.

More like this
Lil Nas X’s ‘Montero’ is a vulnerable guidebook on self-acceptance
By Brandon Yu
I never want Tucker Carlson to stop talking about Nicki Minaj's cousin's friend's enormous balls
By Rafi Schwartz
After shutting up for a minute, celebrities want everyone to listen to them again
By Brandon Yu
Stay up to date