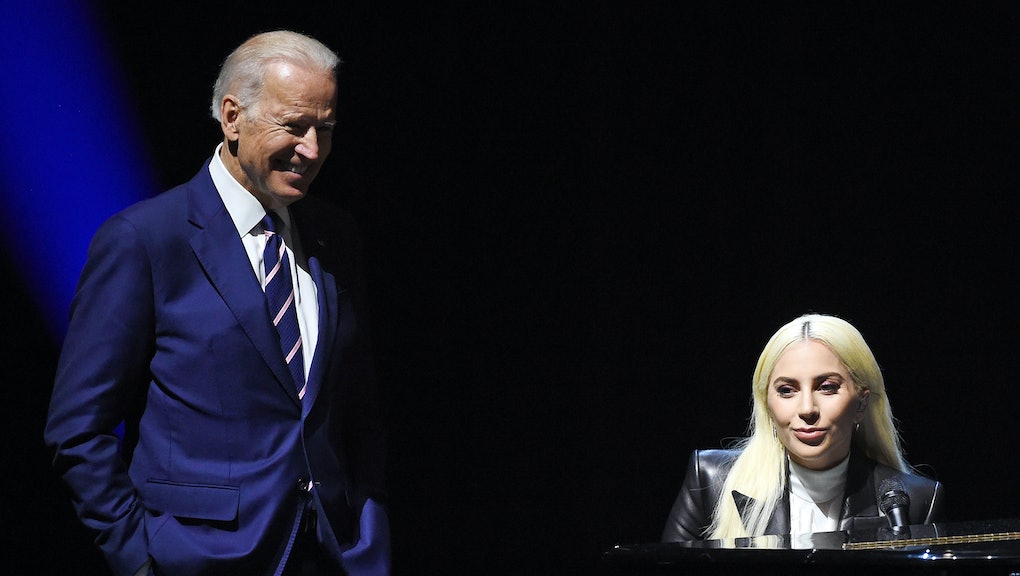 Lady Gaga, J. Lo, and Tom Hanks are all aboard the Biden inauguration train

Remember how much trouble Trump had persuading talent to perform at his inauguration four years ago? When a member of his transition team boldly announced they’d booked Elton John, the Rocketman’s reps swiftly shut it down: “Incorrect. He will not be performing,” read a curt statement. Céline Dion, John Legend, Kiss, Adam Lambert, Garth Brooks, and a bevy of other musicians were all approached, too. But they essentially told Trump: “Keep dreaming, Donald.” Eventually, the administration settled on America’s Got Talent alumna Jackie Evancho.

Fast forward to the 2021 Biden-Harris inauguration. Although the swearing-in ceremony will be a far smaller affair than usual — the entire mall is off-limits to spectators, both because of coronavirus and last week’s attempted coup — celebrities are lining up to welcome the new president. Variety reported that Lady Gaga will sing the national anthem on January 20. Also performing at the inauguration: Jennifer Lopez. This will be followed by a primetime TV special, hosted by Tom Hanks, that features Justin Timberlake, Demi Lovato, and others.

The inauguration marks Lady Gaga’s second time performing “The Star-Spangled Banner” at a major tentpole event. She sang the tune at the 50th Super Bowl in 2016; the next year, she headlined the halftime show, famously doing a Mission Impossible-style cable drop from the stadium’s retractable roof. We're presuming her inauguration appearance will be more subdued.

Lady Gaga and Biden go way back. Back in 2017, they got together for a PSA about sexual assault for the organization It’s on Us, which was founded by the Obama-Biden White House. Right before Election Day 2020, Lady Gaga campaigned for Biden and Harris in Pennsylvania. At a drive-in rally in Pittsburgh, she implored the crowd, “Vote for Joe. He’s a good person.” The pop star also denounced Trump, calling him “a man who believes his fame gives him the right to grab one of your daughters or sisters or mothers or wives by any part of their bodies.”

Right-wingers may grumble that the celeb-laden lineup turning out to patriotically serenade Joe and Kamala reflects Hollywood’s unfair embrace of the Dems, generally. But at least they can always call on Roseanne.