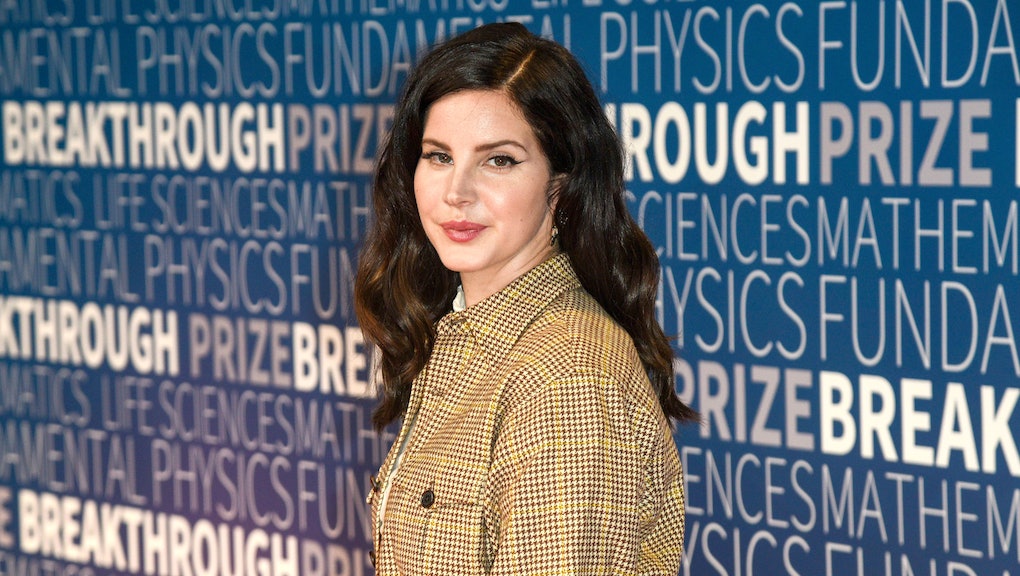 Everyone has been at a party where all of a sudden, the music stops and someone yells: “Has anyone seen my vape?” Thus begins a several minutes long search for some unfortunate person's little electronic smoke machine. The devices are easily lost, which is one of the things that makes them so precious. Lana Del Rey became the person to stop the party at her recent concert at Moda Center in Portland, Oregon, according to Page Six. But instead of just interrupting a chill house party cramped inside of someone’s too-small apartment, Lana paused her own concern and enlisted the help of several stagehands and her band to help her find it.

Video captured of the moment shows Lana, in a very sixties short white dress with long frilled sleeves, peering over the side of the stage and crouching down to seek it out. “Oh, fuck it,” she can be heard saying at one point. The crowd cheers on her search, which is the key difference between when Lana Del Rey loses her vape and some random dude a Quentin Tarantino shirt on a rooftop in Bushwick loses his; No one is cheering for that guy.

Finally, after about 30 seconds of intense searching, Lana gives up the hunt and invites her fans to sing her song “Video Games” along with her. The crowd obliges. Soon, the vape pen is forgotten, the music picks up, and the interruption becomes just a blip in everyone’s memory, as Lana Del Ray transforms from the girl who lost her vape pen to the person who crafted Norman Fucking Rockwell.

For a brief moment, through the banality of a vape pen, a star was just like us.