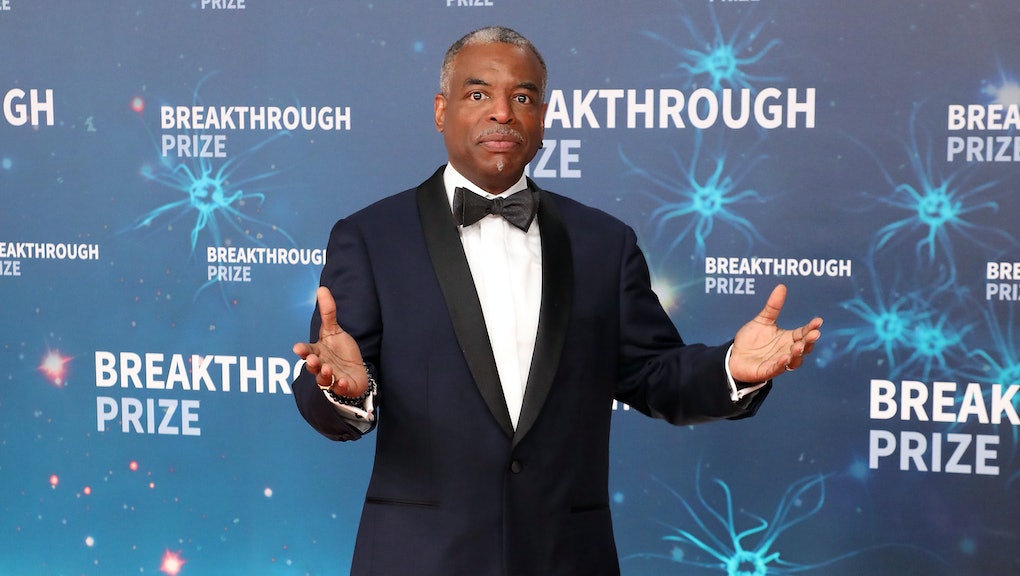 When was the last time you listened to LeVar Burton talk? For me, it was this morning on YouTube, watching the literacy icon calmly explain to Meghan McCain why it was okay for Dr. Seuss’s estate to shelve a few outdated books. Moreover, he gently told the co-host of The View that she and her conservative brethren need to stop all their hand-wringing about cancel culture.

"In terms of cancel culture, I think it's misnamed — that's a misnomer,” Burton said. “I think we have a consequence culture and that consequences are finally encompassing everybody in the society, whereas they haven't been, ever, in this country."

McCain was baiting Burton with her question about Dr. Seuss, and he turned it into a teachable moment. I guess it’s not surprising that a guy who helped generations of children fall in love with books on Reading Rainbow for 25 years is very wise, but those were Jedi-level mind tricks — and I know I’m mixing up franchises here. (Burton was famously in Star Trek: The Next Generation.)

The beloved actor reasoned on: "I think there are good signs in the culture, and I think it has everything to do with a new awareness on people who were simply unaware of the real nature of life in this country for people who have been othered since this nation began.” You have to listen to Burton speak this sentence aloud, because his intonation change on “began” gave me chills. Someone hire this man to read all the audiobooks.

For the record, Burton praised Dr. Seuss's canon at large: "That man — Theodor Geisel — is responsible for generations of wholesome, healthy, wonderful, imaginative, creative content for children of all ages." He also spoke about the power of stories to sway public opinion, citing how the 1977 mini-series Roots, which Burton appeared in as the slave Kunta Kinte, changed the way many people thought about slavery.

"Roots was a story that America had never had told to it before, right? Before Roots, America was able to convince itself that slavery was this economic engine that was necessary for the development of the natural resources of the country. After Roots, it was impossible to contemplate slavery without contemplating the cost in human lives and suffering," Burton mused. "This was a new story for America, and America again is in a period where we are learning more about ourselves." Whoa.

Burton was on The View to promote his forthcoming gig guest hosting Jeopardy this summer. Obviously, the game show should hire him as Alex Trebek's eventual permanent replacement. In the meantime, America needs Burton to calmly talk us through our growing pains more frequently. His sage-like demeanor could maybe heal the nation.