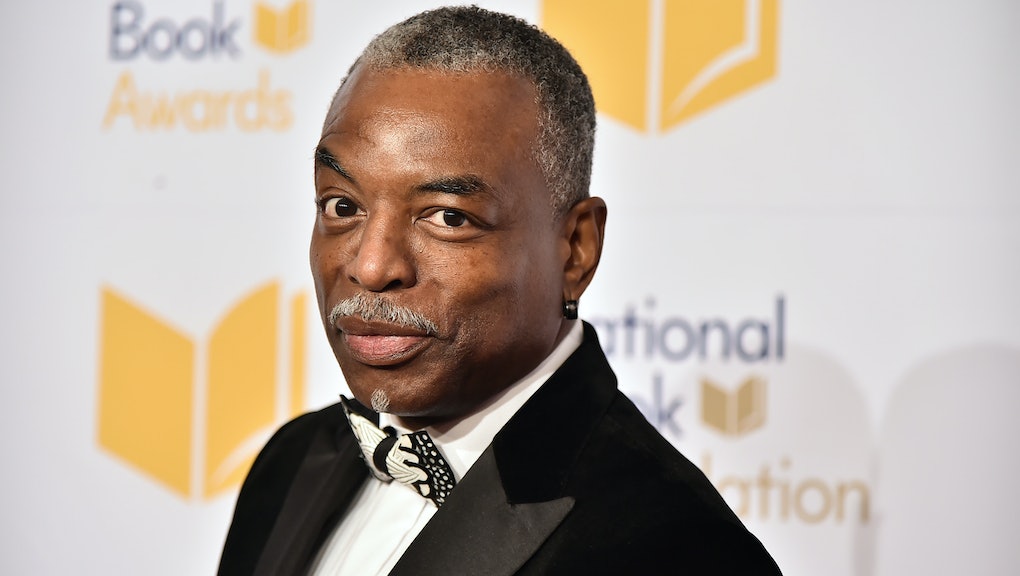 Nobody is more qualified to host 'Jeopardy!' than LeVar Burton

When longtime Jeopardy! host Alex Trebeck died of pancreatic cancer last November, the game show had to grapple with replacing the beloved arbiter of nerdy trivia.

Ken Jennings, who holds the record for longest winning streak on Jeopardy! and triumphed in its “Greatest of All Time” tournament, was the first guest host to step behind the podium. But then Jennings defended “Bean Dad” in January (plot twist: they host a podcast together) and the Twitterverse cried out for LeVar Burton, longtime host of Reading Rainbow on PBS, to host instead.

Jeopardy! producers didn’t listen. Instead, they enlisted the likes of Katie Couric and Dr. Mehmet Oz as subsequent interim hosts. Fans were incensed that Oz got the gig, citing his stance on gay conversion therapy and the dicey comments he made about COVID-19 last spring, touting hydroxycloroquine and suggesting a three-percent mortality rate was an acceptable trade-off to reopen schools.

The objections to Oz have reignited the campaign to give the job to Burton, at least as a guest host but ideally as the permanent replacement. Burton himself weighed in on Monday, confirming he’d eagerly take on the mantle. He shared a Change.org petition with over 133,000 signatures lobbying to make him the next Jeopardy! host and wrote: “Leaving this here in the event the powers that be are listening…”

Burton has assumed multiple iconic roles throughout his long entertainment career. He played Kunta Kinte in the landmark 1977 miniseries Roots. Later, he portrayed Lt. Commander Geordi La Forge in Star Trek: The Next Generation. But younger fans best know Burton from his 23 years hosting Reading Rainbow, the literacy-focused children’s program on PBS that taught generations of kids to love books.

So will the Twitterverse prevail in its quest to put Burton behind the Jeopardy! podium, or will producers ignore what fans want and keep rotating through (mostly white) guest judges? That all depends on how susceptible the powers-that-be are to online pressure.

As Patti Smith sings, “The people have the power.” It’s time for Jeopardy! to give the people what they want: Burton as replacement host. Capitulating to fan demands would likely result in higher viewership and more revenue. See guys? It’s a win-win.