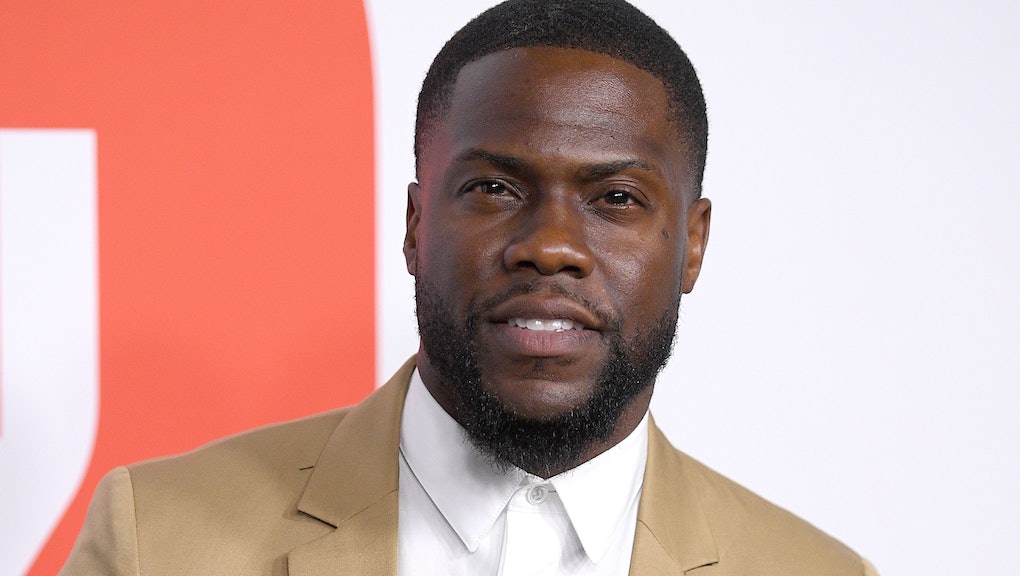 A year and a half ago, Kevin Hart lost the opportunity to host the Oscars because he refused to apologize for homophobic comments that he made in the past. The ensuing scandal resulted in a hostless Oscars and an indignant Hart finally owning up to the fact that what he said was harmful. But, in the time since it seems that Hart hasn’t really learned that much. This is evident in his appearance alongside Lil Nas X on HBO’s The Shop. The show is executive produced by LeBron James and simulates the experience of barbershop conversations with some of the biggest names in sports, music, and culture. Hart and Lil Nas were also joined by Paul Rivera, Maverick Carter, Rob Gronkowski, Kevin Love, CJ McCollum, and Charlamagne tha God.

In a clip from the episode that began circulating on Wednesday, Lil Nas X’s decision to come out early in his career became the subject of debate. Under any circumstance, it’s important to understand that a person’s sexual orientation and their decision to make them known are entirely their prerogatives. So the conversation already started on rocky footing. Lil Nas X has had his sexuality, and his decision to be open about it, questioned in the past — he, unfortunately, has experience coming to his own defense on the matter.

Rivera, a top executive at Nike, broached the topic, asking Lil Nas X: “With all the early success, you felt it was important to make an announcement recently.”

Before Lil Nas gets a chance to speak, Hart jumps in: “He said he was gay! So what?”

Off-camera, other men on the show can also be heard saying “why does it matter?” “Yeah, so what?” It’s unclear whether any of the men in the room were making those comments in order to not force Lil Nas to defend his decision, but as the conversation progressed, that’s exactly what he had to do. When Hart finally stopped repeating “so what!” Rivera picked up the question again.

“It’s not about who cares, that’s actually my question: Why did he feel it was necessary to come out and say that?”

Lil Nas X, for his part, handles the yelling pretty gracefully. “It’s not like it’s being forced, it’s like, knowing that growing up — I’m growing up to hate that shit. I’m not supposed to —”

“Homosexuality. Gay people. C’mon now. If you really from the hood you know,” Lil Nas continues. “For me, it’s not like the cool guy with the song on top of everything for me to say this — any other time, I’m doing this for attention in my eyes. But if you’re doing this while you’re at the top, you know it’s for real. It’s showing that it doesn’t really matter I guess.”

The clip ends there – but it’s enough to see that Hart still hasn’t learned an important lesson: how to listen. As soon as Lil Nas’s sexuality comes up, he completely tries to shut the situation down, without giving him a second to speak. It was a situation that many people online viewed as a violent act.

Lil Nas X and Kevin Hart, who was hospitalized for severe back injuries following a car accident early on Sunday, haven’t commented on the controversy surrounding the clip yet. But the situation shouldn’t have existed in the first place; nobody should be put in situation where they are forced to explain why, when, or how they choose to disclose their sexuality.