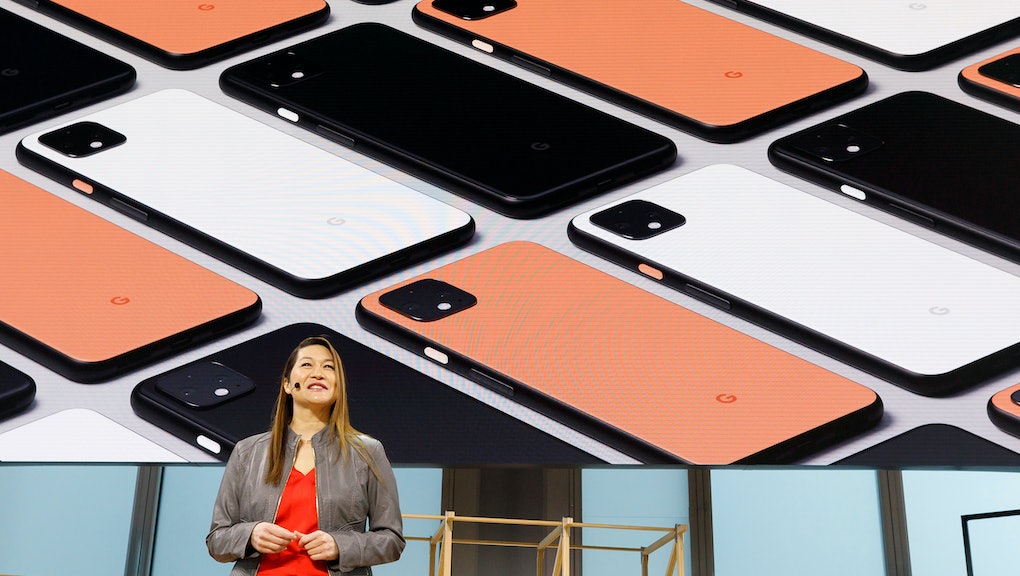 It seems like hosting yearly events to make hardware announcements are the hip thing to do among tech giants and Google is no exception. Today marked the annual 'Made by Google' event, and the company took to the stage in New York to reveal its latest Pixel phones, earbuds, Nest devices, and more. Connectivity was the name of the game, with many products boasting Bluetooth and WiFi features that strive to enhance a user's experience.

Although Google's Pixel phones aren't as popular as Apple or Samsung's offering, the company continues to improve its models to keep up with the competition. At the event, Google announced its latest smartphones, the Pixel 4 and Pixel 4 XL, with a 5.7 inch and 6.3 inch display screen respectively. Both screens have been improved for smoother scrolling and a better response to touch.

The phones also have two new features: face unlocking and motion controls. Face unlocking works similarly to Apple's Face ID system. Motion controls allow folks to use hand gestures to command the phone — waving your hand in front of the screen, for example, can dismiss an incoming call. The new motion control feature earns bonus points for letting people feel like some kind of techie Jedi.

Pre-orders for both models are open starting today. The Pixel 4 starts at $799 and the Pixel 4 XL starts at $899. The smartphones will be available on October 24.

Despite the name, the Pixelbook Go isn't a 'Pokémon GO' knockoff. It's the latest model in Google's Chromebook lineup, which means it's basically a new laptop. The new Pixelbook has a sleek and lightweight design that stays true to the traditional laptop — so no swiveling hinges like last year's model — with the addition of a rippled base for improved grip. It has quieter keys and a more sensitive microphone to pick up voice commands at a greater distance.

Welcome back, Pixel Buds. Google's second iteration of their true wireless earbuds was announced at the event and is looking at a release date sometime in Spring 2020. These cute, little round pills are meant to be better at sealing out sound and staying in place during workouts. The earbuds will also feature the Google Assistant, can automatically adjust the volume depending on the ambient sounds its sensors pick up, and have a connection range as long as an American football field.

The Pixel Buds will be available next year, starting at $179.

A nest of Nest products

Google also presented two new Nest products today — Nest WiFi and Nest Mini. The Nest WiFi comes in two forms: a router and a point. The white, cylindrical routers serve to expand your home's WiFi coverage. The pastel-colored points are a little extra: not only are they routers that can expand your WiFi range, but they also include smart speakers that will let you use Google Assistant and play music.

The Nest Mini is a wall-mounted, tiny speaker. They can be set up around the house to enhance your sound system's range or be used as intercoms while making calls. The company has described it as a better, more enhanced, Google Home Mini.

The Nest Mini will retail for $49 and is available for pre-order today. The expected release date is October 22.

Google has been hyping up its Stadia service since its announcement at this year's Game Developer's Conference in March. But the gaming community has remained skeptical, wondering if the cloud-based service will truly work as well as the company claims. Still, players looking forward to Stadia have been eager to drop consoles in favor of the instant gaming Google promises to deliver.

At today's conference, Google announced that Stadia will be available on November 19 at 9AM PST. The Stadia Founder's Edition — a starter bundle consisting of a Chromecast Ultra, a limited-edition controller, and two three-month Stadia Pro subscriptions. Afterwards, the Pro plan will cost $9.99 per month and will include a free game each month to subscribers.